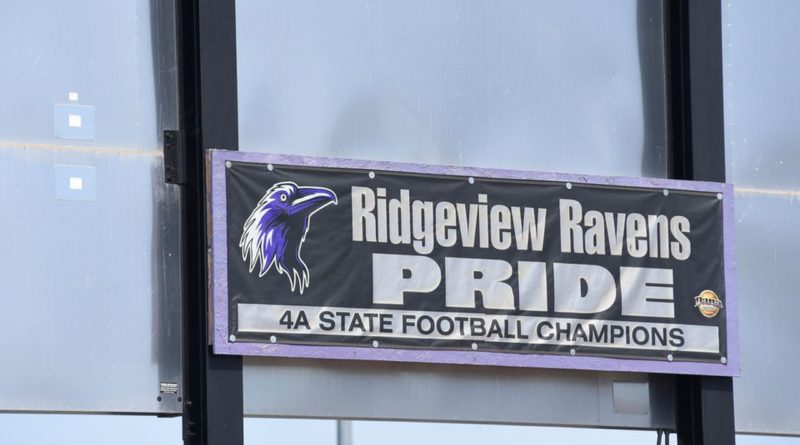 Over the next few weeks, SBLive Oregon will break down every 6A, 5A and 4A football team in the state in anticipation of a six-week season in March and April. Even if the season is postponed or canceled, we will continue to highlight more than a hundred teams and more than a thousand players in Oregon. Here’s our look at the Ridgeview Ravens of the Class 5A Northwest Oregon Conference East Division.

After being voted second-team all-Midwestern League North Division last season at running back, Biever will play there and at wide receiver this year. “He’s one of the best athletes on the team,” Pileggi said. “He has a natural ability to be patient and see things develop.” Biever (5-foot-9, 150 pounds) amassed more than 1,100 yards rushing and scored 10 touchdowns on the ground as a junior. He is 100 percent after having knee surgery. Had high school football been played in the fall, Pileggi said, Biever would have missed the season.

Jeter led the team in tackles as a junior even though he missed three games, and he was a regular contributor to the Ravens’ running game. Pileggi projects Jeter to start on both sides of the ball this season. “He’s a physical and smart player,” Pileggi said. “He could be a standout running back this season as well.”

Sheldon started at tight end the past two seasons and received honorable mention on the all-Midwestern League North team as a junior. This season, the 6-foot-4, 220-pound Sheldon will move to tackle on offense. “Chuck is a physical athlete who has a great work ethic,” Pileggi said.

Ridgeview is hoping for good things from Gault, who missed all but three games as a freshman and his entire sophomore season on account of two successive knee injuries. “He has amazing resiliency and leadership, an amazing work ethic,” Pileggi said. “He is physical and athletic for having a big frame.”

Lochner was honorable mention all-Midwestern League North at center last season and will start there again. “He’s physical and has an outstanding work ethic and toughness,” Pileggi said, also labeling Lochner a team leader. “He’s undersized but dominant,” Pileggi said. “He plays bigger than he is.”

Pileggi calls Bailey a physical specimen with a work ethic and a motor to match. “He has a chance at being special,” Pileggi said.

Pileggi calls Schwartz the best athlete in the program, someone who has a very high ceiling. “He’s a freak athlete who will be hard for teams to match up with,” Pileggi said.

Ridgeview went from second in the Midwestern League North Division in 2018 to second-to-last in 2019. Three of the losses were by more than 50 points, and none were by fewer than 12 points.

“Our record could easily have been 5-4 or 6-3 last season had we taken care of business,” he said.

Among the all-league honorees returning are senior Logan Shenk (second-team guard and honorable mention defensive lineman) and junior wide receiver/defensive back Nathen Benz, who tied for the team lead with three touchdown catches and whom Pileggi called one of the team’s best players.

In addition to the unknowns brought about by the pandemic, the Ravens of Redmond are in a new district: the Northwest Oregon Conference East Division, whose members include fellow east-of-the Cascades schools Pendleton, Hood River Valley and The Dalles.

Bryce Demars, Ridgeview’s quarterback the past two seasons, transferred out of state. Three sophomores were competing for the No. 1 spot early in the year:

“All three are showing huge strides this offseason and have the potential to be solid quarterbacks moving forward,” Pileggi said.

Whoever wins the quarterback competition should be well-protected. The Ravens return five offensive linemen and some key skill-position components.

“Moving to a new league, it will be a learning curve,” Pileggi said, “but I don’t see why we shouldn’t be one of the teams to beat.”

“If we can stay healthy and our younger players can develop under the leadership of our seniors, especially in the trenches, we should be well on our way to getting the program where we want it to be.” — Patrick Pileggi