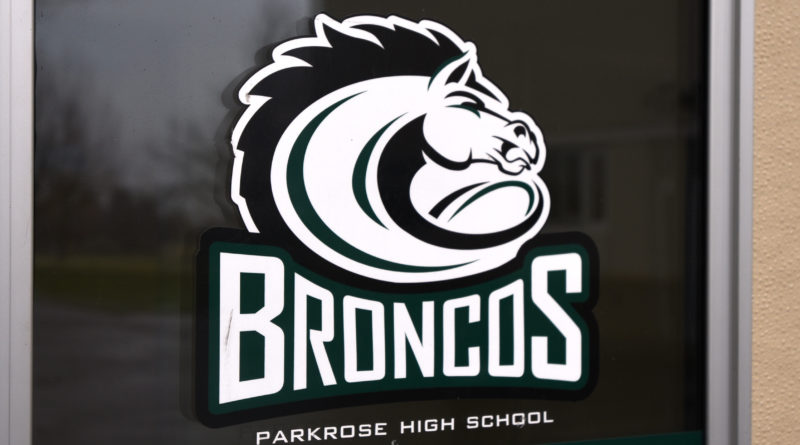 Over the next few weeks, SBLive Oregon will break down every 6A, 5A and 4A football team in the state in anticipation of a six-week season in March and April. Even if the season is postponed or canceled, we will continue to highlight more than a hundred teams and more than a thousand players in Oregon. Here’s our look at the Parkrose Broncos of the Class 5A Northwest Oregon Conference East Division.

Playoffs: Beat Lebanon 59-20 in first round, lost 49-0 to Crater in quarterfinals

QB/LB Tre Singleton, first team on offense and first team and player of the year on defense

RB/S Taydrian Jackson, first team and player of the year on offense and first team on defense

The 6-foot-2, 275-pound Delgado should be the anchor of both lines for the Broncos. He was first-team all-Northwest Oregon Conference East Division last season on both sides of the line of scrimmage and co-lineman of the year (an honor he shared with Oregon State-bound Henry Buckles of Hood River Valley). “We’re really looking for him to help set the tone,” Jackson said. Delgado, the No. 49 prospect in 247Sports’ Oregon class of 2021 rankings, earned honorable mention on The Oregonian/OregonLive Class 5A all-state team last season.

A second-team all-NWOC East choice at cornerback as a junior, Harper also regularly featured in the Broncos’ running game. “Mactae is probably going to get a chance to make the offense run through him if he can handle that workload,” Jackson said, also praising the 5-11, 152-pound senior’s dedication and drive to improve. “He’s been a very good back for us and has done a little bit of all-around skill-player things.”

Hill is a third-year varsity player. With Jay Jay Hudson and Dale Scott — second-team all-NWOC East wide receivers last season — gone, there should be room for Hill to emerge as an important target in the passing game.

Early in the year, Scott appeared to be the leader in the competition to succeed Tre Singleton, a first-team all-NWOC East quarterback last season. “We lost a good quarterback when Tre left, but I think there is a lot that Michael may have picked up on,” Jackson said.

Cole has returned to organized football after trying it when younger but then taking a hiatus. “He’s a little bit of a raw talent, but I’m really looking forward to coaching that kid up,” Jackson said. At 6-3 and 260 pounds, Cole will combine with Delgado for a sizable nucleus on the lines. “We’re looking pretty good with those two,” Jackson said.

Jackson returns to Parkrose after having been an assistant coach at the Northeast Portland school in 2018 under then-first-year coach Keanon Lowe.

When Lowe left after last season’s historic accomplishments, Jackson — an assistant last season at Southridge in Beaverton — was hired to succeed his former University of Oregon teammate.

“It’s not as if I felt like I made a mistake by leaving,” Jackson told OSAAtoday, “but sometimes you never realize what you miss until it’s gone. Coming back, it was a very good opportunity to go back to something that I helped start.”

After Parkrose in 2019 won a conference championship for the first time since 1966 and won an OSAA state playoff game for the first time ever, Lowe’s departure made headlines, so it’s easy to overlook the players whose accomplishments produced those milestones.

The Broncos had players at nine positions on the all-NWOC East first-team offense and defense, including the players of the year on both sides of the ball. The departures left large holes, but Jackson said many players gained experience as last season progressed.

“We’re not starting from a blank slate,” Jackson said. “I think it’s good that we’re bringing in a pretty diverse coaching staff, as far as our ideas and the ways we want to bring our skill sets to our team. That’s really going to make the biggest impact on these players. They get to see a new style of coaching for them. And I think it’ll stick with them.”

After the past two seasons, it’s likely that Parkrose will be a circled date on just about every opponent’s schedule. Jackson knows that feeling. He played high school football at Hoover, which has won 13 state championships in Alabama. He started at Oregon for two seasons when the Ducks were a combined 23-3.

“I feel like I have a pretty good idea of what it’s like to win some football games,” Jackson said.

“I think our coaching staff is really good this year,” he added. “We’re really hoping to teach these guys a lot of skills to make sure they’re making the most out of their ability on the field.”

“My biggest thing is I’m making sure I’m getting them ready to go. As a coach, I think I bring a different type of intensity than a lot of people are used to, so I’m really looking forward to pushing these guys to their limit and showing them what they can be.” — Brian Jackson