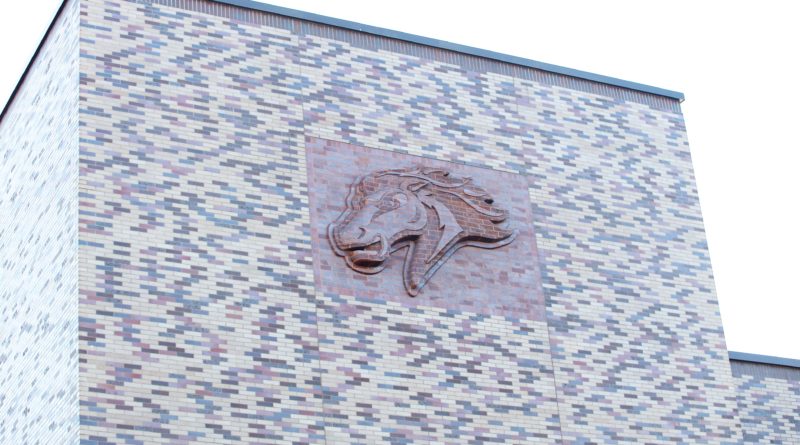 Over the next few weeks, SBLive Oregon will break down every 6A, 5A and 4A football team in the state in anticipation of a six-week season in March and April. Even if the season is postponed or canceled, we will continue to highlight more than a hundred teams and more than a thousand players in Oregon. Here’s our look at the Mountainside Mavericks of the Class 6A Metro League.

Mannion started last season serving his apprenticeship on the JV squad, but after a Week 7 loss to Aloha, he got the call to start the next week against Westview. In five starts, he went 4-1, led a second-half comeback against top-seeded Tigard with four touchdown passes, and firmly established himself as one of the West Coast’s top quarterback recruits (Oregon State, California, Colorado, Syracuse and Northwestern are in the hunt). The brother of NFL veteran Sean Mannion and son of Mavericks coach John Mannion finished the season 61 of 117 for 842 yards and 14 touchdowns against three interceptions. “He was part of some real intense games down the stretch, and he did a real nice job in there,” John Mannion said. “He’s continued to grow into the position, and I’m hopeful he can continue to grow.”

Broussard was one of the top two-way players in the league last season, earning first-team recognition on offense after running for 807 yards and 13 touchdowns and second-team honors at linebacker with 25 tackles and four sacks. He has received offers from Linfield and Southern Oregon. “He’s a real workhorse for us, just a super-talented football player,” Mannion said. “He’s capable of making big plays on both offense and defense.”

Simpson is one of the most dynamic playmakers in Oregon — he’s ranked No. 19 among the state’s top prospects according to 247Sports. He led the Mavericks with 42 catches for 587 yards and six touchdowns last season, ran the ball 52 times for 246 yards, and was a third-team all-league cornerback with 51 tackles and six interceptions. “His best days are still in front of him,” Mannion said. “I’m excited to see what his development from his junior to senior season will be.” Simpson recently signed with Western Oregon University.

Sherman, who will play at Puget Sound next season, earned third-team all-league honors at linebacker as a junior, finishing with 60 tackles and two sacks while becoming one of Mannion’s most trusted players. “He’s grown as our program has grown and had a bigger role each year,” Mannion said. “He’s somebody who’s a real smart, heady, physical player.”

Dahlback has become one of the state’s top kickers and punters, earning as a junior first-team all-league honors at both and first-team all-state at punter (second-team at kicker). He went 44 for 45 on PATs and kicked seven field goals, including four during the team’s playoff run. He did more than just kick for the Mavericks, catching eight passes as a receiver and making six tackles as a backup safety. “He’s had a huge part in us winning some games the past two years,” Mannion said. “He’s one of the best kickers I’ve coached. He’s someone who can really change games for us.”

Hughes is the ultimate Swiss Army knife-type player. He began last season under center while Brian Mannion developed on the JV team and was more than serviceable, going 66 of 127 for 835 yards, eight touchdowns and seven interceptions. Once Mannion was ready in Week 8, Hughes shifted to receiver, where he caught two touchdown passes. He also started in the secondary, finishing with 78 tackles (most among returning players) and three interceptions. “His stat line reflects his versatility,” John Mannion said. “He’s been one of the backbones of our program since we started.”

Cohen is ready to step into the vacuum left by the graduation of the Mavericks’ second- and third-leading receivers, Montero (36 catches, seven touchdowns) and Schrock (18 catches), and take a bigger role in the secondary after making 15 tackles last season. “I’m excited about his offensive potential,” Mannion said. “I think he could be a big factor on both sides of the ball.”

Ruiz started at outside linebacker last season and ranked among the team leaders in tackles (52, sixth) and sacks (seven, third). He’ll also start at offensive tackle. “He’s one of our strongest players,” Mannion said. “He’s been in the program and developed each year. He did more things for us as a junior.”

The Mavericks surged over the second half of last season, winning four in a row after the promotion of Mannion to the starting quarterback job. They knocked off No. 1 seed Tigard in overtime in the second round of the 6A state playoffs before failing to hold a 16-7 lead at Barlow in the quarterfinals.

They’d hoped to build off that momentum in Year 3 of the program, only to see the pandemic complicate things.

“We were really proud of what we’d accomplished as a program in our two varsity seasons,” John Mannion said. “And our offseason had gotten off to a great start. It’s been hard, for sure, but we’re all in the same position.”

The Mavericks listed 25 juniors on their 2019 roster who would have formed the core of a team that could have challenged for a Metro title — especially with a full season from Brian Mannion under center.

Now, the challenge will be to get quality snaps on film for seniors such as Broussard and Simpson while allowing Mannion to also develop chemistry with the next group of receivers on the horizon — players such as juniors Derek Tran (6-0, 175) and Ethan Hobbs (6-0, 160).

“Being apart for so long was challenging, but I don’t think it will take us too long to get back to business and build on what we’ve done in our first two seasons. There’s a lot of energy there to pick up where we left off. That’s an identity that we embrace.” — John Mannion