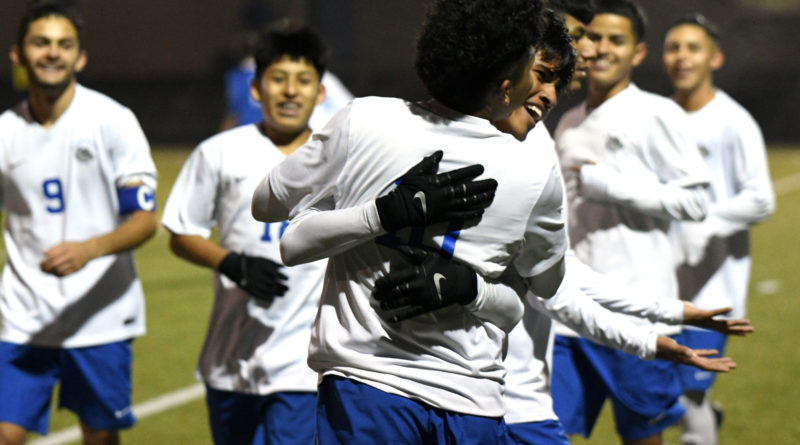 With only six weeks of competition and no state championship events, it won’t be a normal high school sports season. Nevertheless, we examine the top returning players and outlook for every Class 5A boys soccer league in Oregon.

(Read the Class 6A breakdown here.)

Last season’s state finalists both reside in the NWOC, with defending champion La Salle Prep bringing back conference player of the year Nichols (11 goals) and Taylor (17 goals, nine assists), both first-team all-state selections headed to Whitman in the fall. The Falcons defeated rival Wilsonville in the final, and the Wildcats bring back an all-state first-teamer of their own in Landy but must replace six all-conference picks. A third conference member, Hillsboro, reached the semifinals but graduated four all-conference players. Parkrose didn’t get as far as the conference’s other qualifiers but returns two first-team all-NWOC selections in Rodriguez and Armenta. Putnam could make a move into the top half of the conference with its quartet of returning all-conference players.

With the league split in two this season in favor of regional play because of the pandemic, that leaves last season’s top two teams — 2019 semifinalist Ashland and MWL runner-up Eagle Point — in a Medford-based league that should be fairly balanced with Grants Pass and South Medford. The third- through fifth-place teams from a season ago — Churchill, Willamette and Springfield — will reside in the Eugene region, with the Wolverines returning second-team all-state midfielder Burke among six all-MWL picks.

The conference that produced the state champion from 2016-18 didn’t have a team get past the quarterfinals last season. It gained one champion when Woodburn successfully petitioned to move up to 5A after winning the past two 4A titles. Hernandez was an Oregon West co-player of the year and finished with nine goals and six assists. Chacon, who assisted on the winning goal in the 4A final, scored a team-high 14 goals and had eight assists. Corvallis graduated 5A player of the year Edgar Monroy but brings back second-team all-state midfielder Craig. Ullan scored a school-record 21 goals last season for Silverton and earned first-team all-state honors. West Albany has a shot at escaping the MWC’s middle class led by Podrabsky, voted the state’s top keeper a season ago. Kilongo, one of the top returning scorers in the conference, leads North Salem.

Hood River Valley hasn’t quite reached the heights it hit during a three-year stretch from 2013-15, but the Eagles won a sixth conference title in the past seven seasons. They’ll look to replace IMC player of the year Fabian Magana but return four all-conference selections. Ridgeview, which ended Hood River Valley’s long title run in 2018 and took second last season, will again challenge the Eagles for top honors. The Ravens graduated five all-IMC players but bring back six honorees.