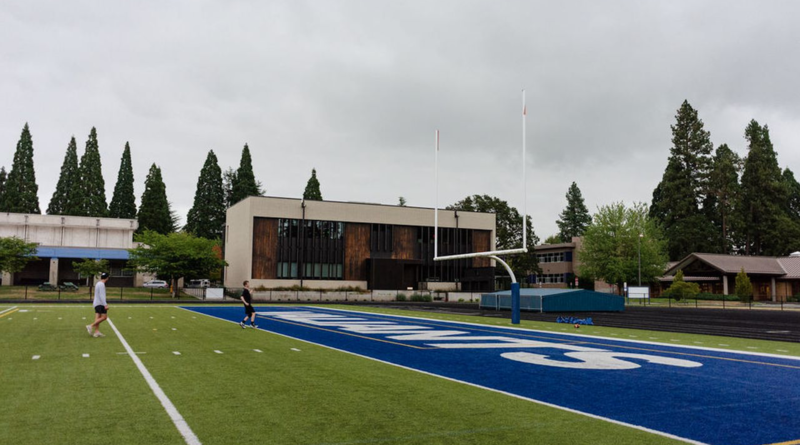 Over the next few weeks, SBLive Oregon will break down every 6A, 5A and 4A football team in the state in anticipation of a six-week season in March and April. Even if the season is postponed or canceled, we will continue to highlight more than a hundred teams and more than a thousand players in Oregon. Here’s our look at the Valley Catholic Valiants of the Class 4A Cowapa League.

Playoffs: Lost to The Dalles 58-13 in play-in round

“Will is the kid that every coach wants to coach,” Hegwood said.

At 6-3, 220 pounds, he has the size to go with his skill and commitment, tools that should help him at the next level, Hegwood said.

He’s a tight end, but kind of like one of those super-receiver type tight ends. Hegwood said French will have to move around a lot on offense, to make the defense adjust.

French will be an anchor of the Valiants’ defense, too.

Lulay is penciled in as the starting center, but he is so versatile, that could change. He knows all five positions on the line.

Droessler and Lulay are the anchors of the line. Droessler is a guard who has been a starter since his sophomore year.

“Hopefully he’ll be clearing some way for some new running backs this year,” Hegwood said.

“He gets stronger and stronger every year. And he’s going to make a lot of plays defensively, too.”

Howerton was behind a senior running back last season, so he did not get as many opportunities, but he showed enough that Hegwood is confident Howerton will get the job done. Howerton had the first carry against Astoria last season and broke free for a 60-yard touchdown.

“Super fast, super athletic,” the coach said. “Every year, he has learned the game a little bit more. Hoping he makes the next step. This is his time to shine.”

A former wide receiver, a former running back. An incredible athlete. He also could be a Division I kicker, Hegwood said.

This season? Blau is going to get his shot at quarterback.

“Sometimes when you don’t have a quarterback, the best thing you can do is put your best athlete out there and see what happens,” Hegwood said.

It was Blau who came to the coaching staff, knowing the team was losing its three-year starter, and suggested he be given the opportunity.

Then, Blau went to work to prove he could do it.

Hegwood said he was really looking forward to the full 2020 season, with 15 seniors back. Maybe this team was not ready for a league title, but perhaps it could get into a play-in game, he said.

“With just a five-game league season, if we can finish close to that, 3-2 or 2-3, and just build something, it’s going to be a positive thing,” Hegwood said.

But at Valley Catholic, it’s about so much more than wins and losses.

“With this year,” Hegwood said, “it really comes down to: Can I give these seniors some kind of experience?”

It’s the life lessons and lifelong relationships that matter most.

“We want to create a memory, create an experience,” Hegwood said. “We’re here to build relationships and give something to our community that they can be proud of.”

“There is a little bit of freedom that comes with no playoffs. Every game we get is a blessing and an opportunity to do what we love to do.” — Nick Hegwood