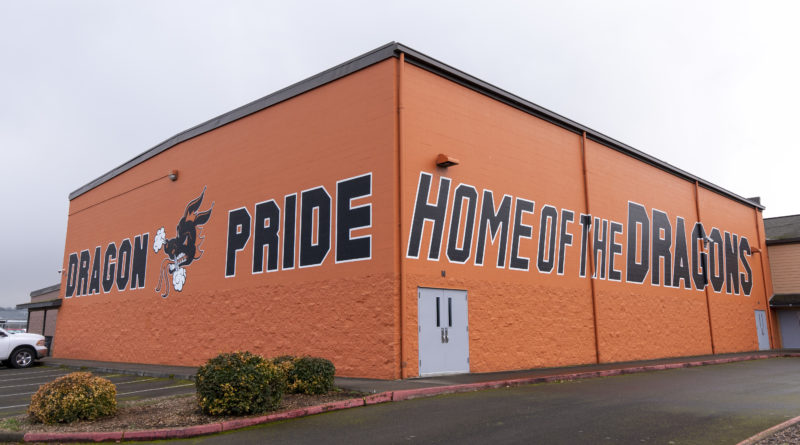 Over the next few weeks, SBLive Oregon will break down every 6A, 5A and 4A football team in the state in anticipation of a six-week season in March and April. Even if the season is postponed or canceled, we will continue to highlight more than a hundred teams and more than a thousand players in Oregon. Here’s our look at the Dallas Dragons of the Class 5A Mid-Willamette Conference.

Playoffs: Lost 50-27 at Ashland in first round

The most decorated returning player for Dallas, Hofenbredl was an honorable mention all-Mid-Willamette Conference defensive back a season ago while earning second-team honors at kick returner and kicker. Jackson said Hofenbredl had solid combine performances over the summer and is beginning to receive small-college recruiting interest. “He is extremely fast and athletic,” Jackson said. “He is a dynamic athlete for us and is also a physical and strong kid.”

Nash has terrific hands at the tight end position and starts at middle linebacker. As a junior, he received all-MWC honorable mention on defense. “He was voted most improved player on the team last season,” Jackson said. “He is extremely instinctual on defense and is really intelligent.”

Person received some varsity action at running back as a sophomore, but he did most of his damage at the junior varsity level. Jackson said Person finished with around 25 rushing touchdowns on JV last season. “As a JV player, he was absolutely out of control at running back,” Jackson said. “He’s going to play for us at running back and also be one of our safeties.”

Hess and Foster are terrific athletes who will help the Dragons in a variety of ways. As of mid-January, Foster was getting the first-string quarterback reps in practice with Hess receiving an equal number of snaps behind him. Hess is a standout wrestler; Foster made all-MWC in basketball as a sophomore. “Luke is one of my favorite kids; he knows the whole system on offense and defense,” Jackson said. “Ashton is a tough kid who performed extremely well at the Northwest 9 Showcase in Seattle.”

Seventeen all-conference players have moved on, including feared linebacker Jared Coxen (103 tackles, 21 for loss) and running back Colby Johnson (1,149 rushing yards, 16 touchdowns), but Jackson believes the program is now set up to reload.

“I’m really confident in the direction we’re going entering Year 3,” he said. “We are looking at a completely different picture this year and a lot of things are out of our control, so we’re focusing on taking care of what we can as a program.”

The Dragons do have some experienced players in the backfield but will be relatively green in the trenches.

“But those kids believe in the system we run, and they also experienced a lot of success last year at the JV level,” said Jackson, who noted that players such as Kadin Thorsted, Demitri Harris and Justin Parnell are poised for big seasons up front.

“They have made good progress and are performing well for us,” Jackson said.

While the Dragons will be relying on several newcomers on both sides of the ball, Jackson is confident that a culture of competition has been formed in Dallas. The Mid-Willamette Conference is full of physical teams, and the Dragons aim to be as tough as or tougher than Lebanon, Silverton and West Albany.

“We want to create competition within our workouts every day and put the kids in an environment where they are winning or losing every day,” Jackson said.

“We are the smallest school in our conference. Some of the schools we play are twice the size of us as far as enrollment, so we have to focus on ourselves and be as fundamentally sound as possible.” — Andy Jackson