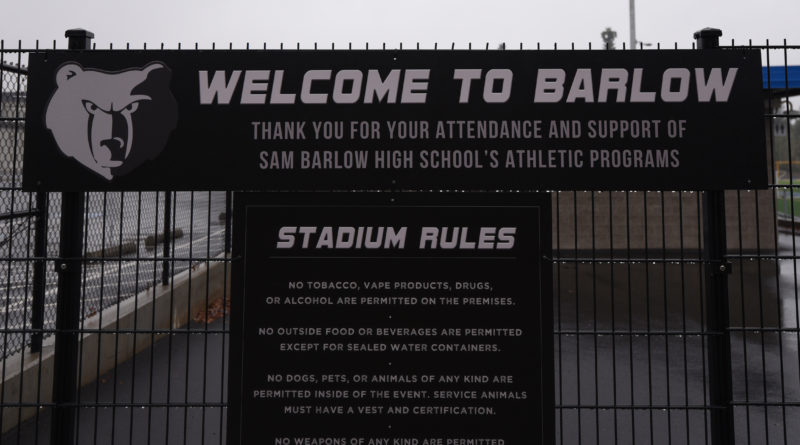 Gresham and Barlow football players went to practice Wednesday afternoon knowing they will have a tackle football season after all.

The Gresham-Barlow School District announced Tuesday that in light of improving COVID-19 metrics in Multnomah and Clackamas counties, it will opt-in to play full-contact football this spring. The Gophers and Bruins are scheduled to begin play the week of March 8-12.

“When we first got the news, we couldn’t wait to share it with our players,” Bruins coach Chris Koenig said. “We messaged the team with two words: ‘We’re in!’”

A week earlier, when the district announced it would not opt-in to the full-contact season, Koenig had been outspoken in his disappointment. He described the preparations the team had undergone for the six-week spring season — preparations he elaborated upon Wednesday.

“Our kids have been preparing to play since shortly after the pandemic hit,” Koenig said. “It started with virtual workouts and meetings. We were then allowed to participate in socially distanced workouts throughout the winter. As of last week, we held our first ‘normal’ football practice since last November.”

Koenig credited the encouragement the program received from parents and community members in the wake of last week’s announcement in getting to play a tackle season.

“Playing 11-on-11 football would not have happened without the impressive and continual support of our parents and Barlow community members,” he said. “The players are so grateful to have the same opportunity to play as other schools in the state. I now hope every other sport at Barlow will have the chance to compete as well.”

The Bruins are coming off their first state semifinal appearance since 1991 and have experienced their share of turmoil since. Coach Terry Summerfield stepped down as head coach shortly after the 2019 season, and Barlow hired Wilson coach David Kilpatrick-White to replace him.

When Kilpatrick-White was found to have violated the school district’s pandemic safety guidelines in October, the district rescinded his contract and brought Koenig on as an interim coach.

Add in the 22 seniors who need to be replaced from the 2019 semifinalists, and Koenig found one positive to the delayed start to Barlow’s season.

“This extended leadup period has actually increased the amount of physical and mental preparation for our athletes as compared to previous years,” Koenig said.

South Eugene opts out for lack of numbers

The news is not all good regarding the spring football season. The Register-Guard reported Wednesday that South Eugene will not participate because not enough players registered for the season.

The Axe had only 20 players turn out this season, and with not enough linemen in the mix, they also nixed the idea of playing a JV-only schedule like Ashland and Cottage Grove plan to do.

“My heart really breaks for our seniors,” second-year Axe coach Kenny Koberstein told the newspaper. “I know a lot of them really wanted to play football. I think a few of them are just ready to move on to baseball, and that’s fine. I just feel badly for them.”