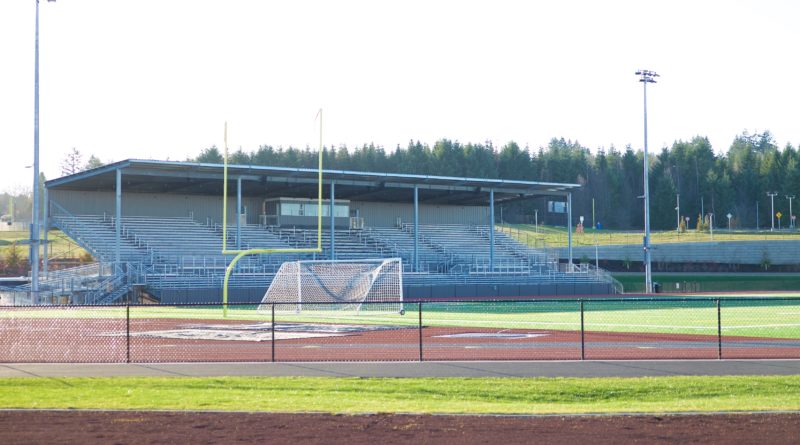 Over the next few weeks, SBLive Oregon will break down every 6A, 5A and 4A football team in the state in anticipation of a six-week season in March and April. Even if the season is postponed or canceled, we will continue to highlight more than a hundred teams and more than a thousand players in Oregon. Here’s our look at the Sherwood Bowmen of the Class 6A Pacific Conference.

In an offense designed to share the ball among a wealth of players, Peden managed to stand out last season, garnering conference offensive player of the year honors after rushing for a team-high 852 yards and 10 touchdowns and catching six passes (second on the team) for 146 yards. “He’s that guy who, when you look at us, you don’t think he’s a football player,” Lawrence said. “But he’s like Le’Veon Bell — he just waits for his blocks to take shape, sees the hole and he’s through it. He understands the halfback position in our offense. He has the ability to find a hole and is always getting positive yards.”

Culbertson signed with Idaho to throw the shot put and discus, but he easily could suit up for the Vandals football program after being named the conference offensive lineman of the year and earning second-team all-state honors as a junior. A third-year starter on both lines, he had 20 tackles (five for loss) as a second-team all-conference pick on defense. “He’s a technician with good size and does things the right way, which makes him a fantastic blocker,” Lawrence said.

Cuthbertson was the 2019 conference defensive player of the year and a first-team all-state middle linebacker who led the state in tackles with 158. He had 22 tackles for loss, four sacks and two blocked punts. He also was a first-team all-conference guard, but defense is his calling card, earning him an offer from Portland State. “He is the best linebacker I’ve seen in my 30 years at Sherwood,” Lawrence said. “He’s big for a linebacker at 240 pounds, but he doesn’t play at 240. He’s everywhere on the field. It’s fun to watch him because he makes cringing hits. His mentality is that he’s going to make you pay for even touching the ball.”

Hannan overcame a sore arm that hampered him the first part of last season to make the all-conference first team in the secondary. A promising baseball pitcher as well, he will play wide receiver or quarterback, depending on the opponent. “He’s a multi-positional type of kid who played mostly defense last year,” Lawrence said. “But he can really throw the ball and spread teams out.”

Bergstrom played in six games as a sophomore while sharing time under center with Evans, finishing 13 of 21 for 179 yards and a touchdown. He’ll have first crack at the starting job, although the plan is for him to split time with Hannan, for whom Lawrence installed play packages to run out of the Wildcat. “Bjorn has a lot of poise and was instrumental in our offense last year,” Lawrence said. “It took him time to get his feet wet, but he started reading defenses a lot better and just got better and better as the season went on.”

Causey plays the monster position, a linebacker-safety hybrid that roams the field as a playmaker. He earned second-team all-conference honors as a junior, making 47 tackles (seven for loss). He slid between fullback and wingback on offense as one of the team’s best blockers. “He has some good speed, so when we needed a block on the outside, we’d bring him in,” Lawrence said. “On defense, he’s fast enough to cover on the outside but can put on a hit. He’s a great tackler.”

Williams last season finished third on the team in tackles with 55 and shared the team lead with five sacks in earning second-team all-conference honors at outside linebacker. “I hope he has a breakout season and proves just how good he really is,” Lawrence said.

Pollock started last season at safety before shifting to cornerback out of need. He finished with 27 tackles and a team-high three interceptions, earning all-conference honorable mention. He’ll move back to safety this season. He also shows positional versatility on offense as Lawrence plans to move him around to get him the ball in space. “We’ve got to find ways to get him the ball to keep defenses spread out,” Lawrence said.

Shayegi shared the center spot with classmate Ashton Sarono-Ramos (5-10, 200) to begin last season, but by season’s end, he’d seized the role, and Sarono-Ramos had moved to guard. “A wing-T center has got to remember a lot, and Sam was making all the right calls,” Lawrence said. “His technique is very good.”

After four consecutive years of getting bounced in the second round of the playoffs, Lawrence believed this was the season his team could make a big leap forward and challenge for its first semifinal berth since 2015 — if not reach the final for the first time since 2013, the program’s final year as a 5A school.

“It’s frustrating that we’re not getting a full season,” Lawrence said. “It’s sad that we will not be able to see them playing top-level teams in the playoffs.”

Hannan was supposed to play quarterback last season as a junior before a sore arm from baseball season derailed those plans. Now, the pandemic might deny him the opportunity after Lawrence planned to break out of Sherwood’s tried-and-true wing-T more often this season to operate out of the shotgun and open up the passing game.

Instead, he might give Bergstrom, who ably stepped into action and split time with Evans last season, more reps to get him ready to hold the job full-time in the fall.

The defense, meanwhile, is poised to be one of the state’s best, led by Cuthbertson and including six others who made the all-conference team in 2019.

“This was supposed to be our year. We’d been talking to this group since they were freshmen, saying we couldn’t wait until they were seniors, and now, we’re not going to be able to prove just how good we are.” — Greg Lawrence