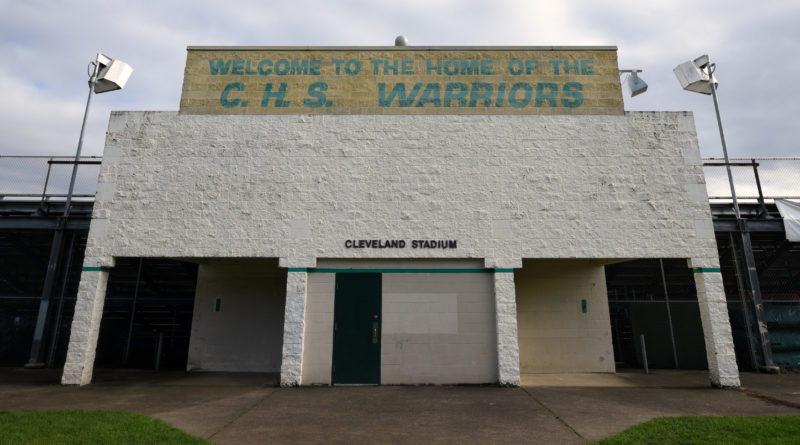 Over the next few weeks, SBLive Oregon will break down every 6A, 5A and 4A football team in the state in anticipation of a six-week season in March and April. Even if the season is postponed or canceled, we will continue to highlight more than a hundred teams and more than a thousand players in Oregon. Here’s our look at the Cleveland Warriors of the Class 6A Portland Interscholastic League.

OT/DL Venly Tatafu, first team on offense and defense, lineman of the year

Geiszler earned all-Northwest Oregon Conference West Division honorable mention at safety last season. He began last season as the starting quarterback but didn’t throw more than 10 passes in any game. He is among the candidates to take over Cleveland’s new pistol offense. “We’ve been impressed with him,” Smith said.

Smith said Crothers, also a quarterback candidate, has been a stalwart presence at practices early in the year. “He’s been working very hard,” Smith said. “He has some talent, so he’s been doing a good job at quarterback.”

Oh is a third upperclassman who is competing for the quarterback position, and Smith praised him for the work he has devoted to the position.

Nguyen is expected to contribute at a skill position. “He could be a running back or he could be a receiver, which fits really well into our system,” Smith said. “He’s been working hard, and I like the way he runs drills and carries himself, so we’ve been impressed with him.”

Another player who fits in at running back or slot — or both — is Gumm, who is also a wrestler. “He has a great work ethic, and he’s been working hard,” Smith said.

Asher was listed on last season’s roster as a kicker — and Smith called him a gifted one — but he also has been working out at wide receiver and defensive back. “I’ve been very impressed with his ability to kick,” Smith said.

Smith wasn’t hired until November, so getting to know his players wasn’t as easy as it could be for a first-year coach — irrespective of the pandemic.

Turnout was low at the start of the calendar year, but Smith saw hard workers and players showing responsibility with their attendance at practice, including junior linemen Lyvohn Moore and Conor Suhr and junior slot receiver/running back Adballah Sheeh. Underclassmen Smith mentioned are sophomores Ryan Anthony and Ellis Blanchard (in the mix at quarterback) and freshmen Grant Kloeppel, Parker Valley, Beau Vickery and Sean McCormick.

“They had a good eighth-grade season,” Smith said, referring to the freshmen, “and if we can get more of these kids out, the future will be bright.”

Smith, whose coaching in the Portland area dates to the 1980s and who was head coach at Century in Hillsboro for 15 seasons ending in 2016, acknowledged he initially didn’t want the Cleveland job. He consulted several people, however, and what he heard convinced him that he should apply.

One of those he consulted was Ken Duilio, who served as interim head coach last season but was not offered a contract for the 2020-21 academic year.

“He was so complimentary to Cleveland High School,” Smith said. “I wasn’t really expecting to hear that. I thought he would be bitter. He was anything but bitter.”

Sixteen players showed up for the first practice. The number trickled up every practice, Smith said, and numbers were up to 25 soon enough.

Led by first-team all-Northwest Oregon Conference West Division running back Finian Jamesbarry, Cleveland last season was a run-heavy team. Smith and his staff implemented the pistol and will rely more on speed and misdirection than raw power and strength.

“So, it’s going to be completely different on offense,” Smith said. “And I like that. The kids we have right now are not really big.”

Another change from last season is the Warriors’ conference. Cleveland, with an average daily membership of 1,488 that puts it in Class 6A territory, moved from the Class 5A NWOC West to the Portland Interscholastic League for 2020-21 and 2021-22. With the circumstances of the football season, of course, that change might have no effect on whom Cleveland plays.

Regardless of opponents, the Warriors would appear to be in for a challenging time on the field. Strengthening the foundation of the program — one with a new coach, a new offense and a need for robust turnout — would seem the best way to judge the season’s success.

“I don’t know if we’re going to win or lose. We’re going to do the best we can to give them a good experience. And the kids have been very receptive.” — Bill Smith