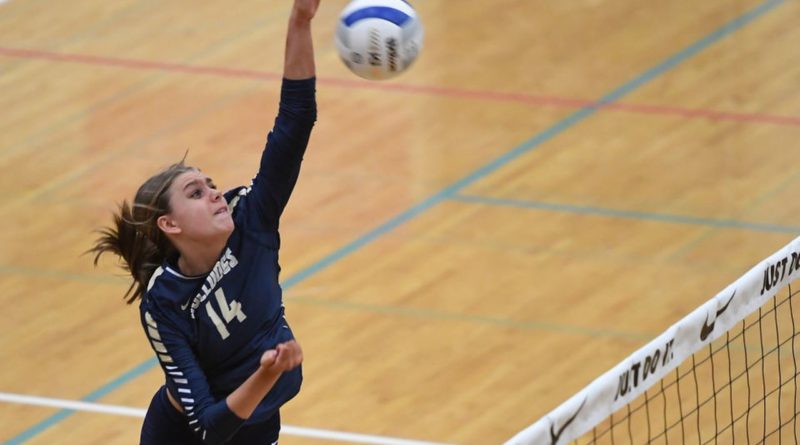 With only six weeks of competition and no state championship events, it won’t be a normal high school sports season. Nevertheless, we examine the top returning players and outlook for every Class 5A volleyball league in Oregon.

(Read the 6A breakdown here.)

Wilsonville reached its first state championship match last season led by first-team all-state hitter Lindsey Hartford, but with Saint Mary’s signee Klein and all-tournament OH Edmiston back, the Wildcats again will be formidable this season. La Salle Prep should push the Wildcats with three all-leaguers back, although the Falcons will look for a replacement for all-league setter Nina Timmen. St. Helens has three strong hitters back as well as senior setter Brea Paulson.

With Fort Lewis signee Hobie, a first-team all-state selection in 2019, and Slaughter leading the way, North Eugene looked ready to regain its perch atop the league standings it last held in 2017 before ceding it the past two seasons to Crater — except the league split in two this spring in favor of regional play during the pandemic. The Comets wouldn’t have given up the title without a fight, bringing back six all-league selections of a season ago — three of whom will be building blocks for the future as just sophomores this spring. Thurston last season made the state tournament for the first time since 2009 led by Jenkins, a recent Bushnell signee.

West Albany has brought home trophies each of the past two seasons since dropping back down to 5A, and with Corvallis graduating state player of the year Ryann Gregg and all-state second-teamer Nevaeh Bray (both at the University of Portland), the Bulldogs could end the Spartans’ four-year run atop the league standings after sharing top honors a season ago. Stadstad has signed with Southern Oregon and is one of three first-team all-leaguers back for West Albany. With Corvallis rebuilding along its front line under first-year coach Kari Morrow, South Albany could take over as second-best in the MWC, led by Corban signee Schmidtke.

Reigning state champion Ridgeview no longer can count on its all-state duo of setter Allicitie Frost (Portland State softball) and hitter Rylee Troutman (Corban) to dominate the offense, but don’t count the Ravens out. They should have enough to compete with Crook County, which needs to replace sisters Kenna and Anna Woodward, and improved teams at Pendleton and Redmond.