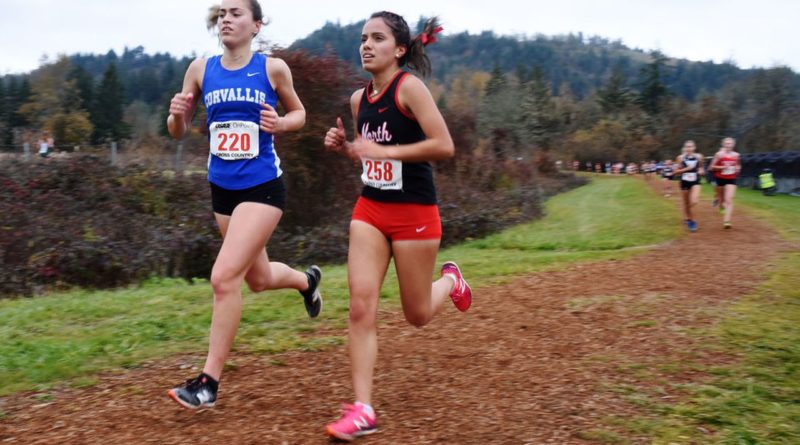 With only six weeks of competition and no state championship events, it won’t be a normal high school sports season. Nevertheless, we examine the top athletes and teams that likely would have been competing for girls cross country state titles in a typical fall season.

A much-ballyhooed phenom since middle school, Peters finished second at state as a freshman for Lincoln before transferring over winter break to train under Steve Edwards, the husband of former Olympian Shalane Flanagan. A year ago, she ran 9:46.62 indoors at the UW High School Invitational, one of the final major in-person meets on the West Coast before the pandemic shutdown.

With two-time state champion Fiona Max now running at Princeton, Knox — third at state a season ago — is the undisputed leader of a Summit program that has dominated the Oregon cross country scene the past two decades and finished second at nationals last season a year after winning the 2018 title.

The two-time state medalist — seventh as a freshman, fourth last season after giving up soccer to devote herself full-time to cross country — and state 800-meter champion has made vast improvement in preparation for her junior season, including a 26-second victory over a field that included 4A state champion Ella Thorsett of Sisters and Bozeman’s Natalie Nicholas, fifth at the Montana state meet, in an elite race Nov. 7 in Tillamook.

Mia Kane, Sr., Lincoln: Kane didn’t turn out for cross country until her sophomore year, but she medaled that season (10th) and finished 19th as a junior. She signed with UCLA in November.

Led by Ost and junior Kaiya Robertson, who improved from 46th as a freshman to seventh in 2019, the Lightning placed seventh at state last season, their best finish since 2011, when they finished sixth in the 5A meet.

The Crusaders won state titles in 2016 and 2017, and they’d love nothing more than to reclaim the crown from Summit. Foerster and Notre Dame-bound twins Molly (20th at state last season, second to Foerster at the Tillamook elite meet) and Paige Grant lead a group that returns six of the seven runners from the 2019 state meet.

While the Cardinals saw Peters transfer to Lake Oswego after the 2019 state meet, they still have the pieces to be one of the best teams in the state, led by Kane and junior Riley Cash (13th last season).

The Axe graduated Madison Elmore, fifth at state as a senior after winning the 2019 state title in the 1,500 on the track, but the other six runners on their fourth-place team return, led by junior Hannah Seubert and seniors Gretchen Schwartz and Kate Bouse.

The Storm welcome a new coach, Kari Strang, who takes over a program that has won 12 consecutive state championships, including the past two at 6A, and bring back Knox and three other top-20 finishers from 16 months ago in sophomore Barrett Justema (14th), junior Magdalene Williams (16th) and senior Jasper Fievet (17th).

Nason last season became the first Corvallis runner to win a state cross country race, breaking away from the lead pack with a half-mile to go and defeating Wilsonville’s Samantha Prusse (now at the University of Portland) by 14 seconds. Nason also is an accomplished swimmer, making the A final in two events and placing in four at the Region XII Senior Championships last March.

The Boise State signee is the second-fastest returning runner from the 2019 state meet, placing seventh — her third top-20 finish but first time making the medals podium.

Samantha’s younger sister appears poised to follow in her footsteps. She finished 13th at state as a freshman and ninth last season to make the podium for the first time.

Ava Betts, So., Corvallis: Eighth at state a season ago, Betts was part of a freshman trio that came over from Linus Pauling Middle School to boost the Spartans to their first team championship.

Kloey Frederick, Jr., Redmond: Frederick, who placed 12th at state last season, was the only top-five runner at the Intermountain district meet not from champion Hood River Valley, which graduated its top three from a season ago.

Isabel Swain, Jr., North Salem: Swain, the younger sister of 2019 Mid-Willamette district champion Abigail Swain (now at Portland State), placed 16th at state as a sophomore and is part of the next wave of Vikings distance runners.

What can the Spartans do for an encore after earning their first team title by four points over Hood River Valley? Not only do they return six runners from that team, including four who finished in the top 14, they also add three freshmen who coach Mark Hulburt thinks could have the same impact as last season’s trio.

The 2018 state champion Eagles graduated their top three runners, including state champion Frances Dickinson (now at Saint Mary’s College), but with seniors Chloe Bullock (22nd) and Lucy Hennessy (30th) leading the way, they’ll still be one of the top teams in the state.

The Vikings have posted back-to-back fourth-place finishes and could have made the podium for a third consecutive season with Swain and senior Eimy Martinez (15th) leading the way.

The Wildcats have finished second and third the past two seasons, and with Prusse and senior Sydney Burns — better-known on the hardcourt, where she’s signed with UC Davis, but 11th at state in cross country in 2019 — leading the way, they would have challenged for another podium finish this season.

Thorsett became the first freshman outside the 3A/2A/1A ranks — and only the third girl in state history — to win a state championship, beating runner-up Anika Thompson of Junction City by 21.6 seconds to become the first Outlaws girl to win the title.

Thompson has finished second at each of the past two state meets. The University of Oregon signee won the 1,500 title on the track as a sophomore.

Tsai is the top returner for the two-time defending champion Spartans, placing fifth right behind older sister Lucy, who is now at Saint Mary’s College.

Sydney Keller, Sr., Baker: The Greater Oregon district champion placed ninth at state in cross country, then in one of the final high school events before the pandemic hit, she became a state champion on the mat, winning the 115-pound title in wrestling. A first-team all-league basketball player, her team was set to defend its state title when the tournament was canceled.

The Spartans lost three of their five scoring runners from last season’s state championship-winning team, not to mention 2018 district champion McKenna Priske (San Diego), who missed most of her senior season because of injury. With Tsai and junior Emilie Nelson (13th), though, they would have had a good chance at a three-peat.

The Outlaws did not qualify as a team from the Oregon West district last season, finishing six points behind Stayton and 13 behind Philomath, but that should not be the case this season — not with Thorsett leading six of their top seven from a season ago back, including junior Emma Singleton (eighth at district).

The Vikings graduated Hannah Rannow (now at Oregon State), third at state last season, but with junior Rylee Colton and seniors Brea Blankenship and 2019 300-meter hurdles champion Gracie Freudenthal back, they could have again challenged for a trophy after placing second to Marist Catholic last season.

Sophomore Hope Bridge made the podium as a freshman, placing 10th, and with four others back, the Eagles hoped to improve upon a fifth-place finish and make the podium for the first time.

Her runner-up finish to state champion Lila Fenner of Catlin Gabel (now at Virginia) marked the best finish ever by a Neah-Kah-Nie girl at the state meet, propelling the Pirates to a sixth-place finish.

The Highlanders last season cruised to their first team championship, with five runners in the top 15, led by Smith’s third-place finish. By the time her career is over, she might make history as the first Burns runner to win a state title.

Eagles runners have won two of the past three titles, and Cover — fourth last season, 16.8 seconds behind Fenner — could become the eighth Catlin Gabel state champion.

The Tigers finished second in 2003 but have never won the team title, taking fourth (one point behind Catlin Gabel) last season. They return five of their top six — led by 12th-place finisher Holly Hutton, a junior.

The Highlanders had never posted a top-two finish before last season, when their 43 points were 67 fewer than runner-up Union. They had three top-eight finishers, all of whom return — Smith and juniors Riley Morris (seventh) and Olivia Winn (eighth) — along with 15th-place sophomore Mattie Woodbury.

The Eagles have won eight state titles since the girls championships first ran in 1974, and they return all six of their runners from last season’s third-place team.

The Honkers return two top-10 finishers in junior Ella Villagrana (ninth) and senior Kaley Schneider (10th). They’ve placed fifth five times, including each of the past two seasons, but have never reached the podium.

The Bobcats graduated sixth-place finisher Jaimee Baxter (now at Eastern Oregon) from last season’s runner-up team, but their next four finishers return. They would have had a good chance to win their first team title since winning the last of four in a row in 2014.