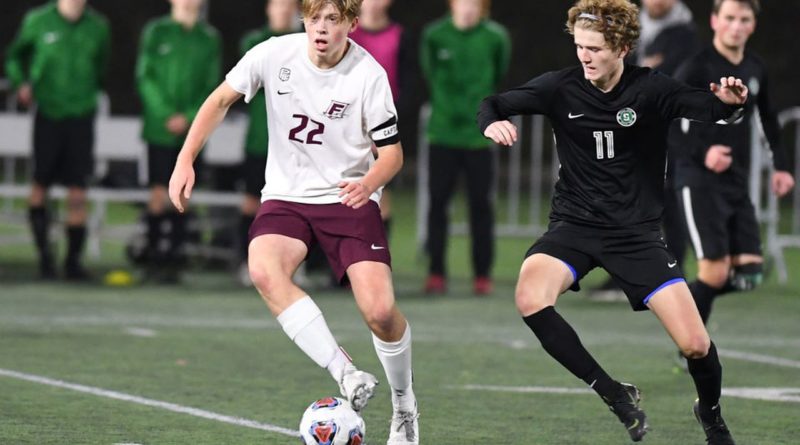 With only six weeks of competition and no state championship events, it won’t be a normal high school sports season. Nevertheless, we examine the top returning players and outlook for every Class 6A boys soccer league in Oregon.

Last season, Franklin became the third PIL team in the 43-year history of the boys soccer tournament to win a state title, joining Grant (2008) and Lincoln (2015). Rose won 6A player of the year honors — fitting for a team that allowed just 19 goals in 19 games — and leads three players on the back line who return. Davis made the all-state second team. The Cardinals shared the league title with Franklin but were the team most hit by graduation. The Generals finished fourth in the PIL but reached the quarterfinals for a fourth consecutive season. Tai had six assists, and senior F Sam Bacon-Brenes (four goals) should step into a leading scoring role after the graduation of all-PIL F Nicholas Lattai. Cleveland made a surprise run to the state semifinals (its first appearance since 2007) and brings back two key weapons in PIL co-offensive player of the year Mohamed (an all-state first-teamer) and Sosa up front from the state’s top offense (78 goals).

Jesuit won the 2018 title (the school’s 15th) and was the No. 1 seed in the 2019 playoffs before falling in the quarterfinals to Summit. The Crusaders graduated 10 players, but don’t expect them to drop off too far. Still, this is an opportunity for the rest of the league — which was pretty evenly balanced behind Jesuit and Sunset — to catch up a bit. The Apollos also were hit hard by graduation and will be hard-pressed to hold off rivals such as 2018 Metro champion Aloha and fast-rising Mountainside, which made the playoffs for the first time last season and returns Hunt and leading goal scorer Omar Al Barkouli (10 goals).

Forest Grove is coming off back-to-back semifinal appearances, but in neither year did the Vikings win the conference title. Last season, it was Liberty — led by graduated player of the year Jacob McDaniel — that took the crown. The Falcons were hit hard by graduation, losing seven all-conference picks, opening the door for the Vikings to win their first title since 2008. Glencoe, which won the Pacific in 2018, went unbeaten in conference play (three wins, three ties) and will count on the Calixto brothers to challenge for top honors. Newberg won its only league title in 2017 when the Tigers were in the Three Rivers, but they have a veteran nucleus that’ll have them in the mix.

Reynolds made its first quarterfinal appearance in the past 22 years last season and brings back the core of that team, including MHC defensive player of the year Calderon (25 assists) and top goal scorers Tinoco (20) and Uribe Rodriguez (19). With defending MHC champion Clackamas hit hard by graduation, the door is open for the Raiders to win a first conference title since 1997. It’s almost been as long for Centennial, which won 11 games last season for the first time since 2008 and returns 17-goal scorer Martinez. David Douglas was the only team to take a point off Clackamas last season, and the Scots will be a tough out again this season.

Two-time defending champion Tigard graduated seven all-league selections, including first-team all-state M Trevor Smith, while 2018 co-champion and 2019 runner-up Tualatin lost three all-TRL defenders from a defense that allowed 11 goals all season (second-fewest in 6A) but brings back five all-leaguers. West Linn feasted on the bottom half of the league to place third and get back to the playoffs. Lake Oswego snuck into the playoffs as the final qualifier last season but would have faced challenges from Canby and Lakeridge to get into the field in a normal year.

There will be no crossover between the Salem and Bend schools this season because of the pandemic, which means it won’t be until the fall for everyone to contest an MVC title. South Salem last season won a share of its first conference championship since 2010 led by Ramirez (eight goals) and Heringer (1.07 GAA, 55 saves). West Salem ended a seven-year title drought and then graduated six starters, including MVC player of the year Andres Labate (14 goals, 12 assists), but Bernal shared team-high honors with 14 goals. Summit reached the state championship game for a second consecutive season in 2019 despite finishing third in the MVC. Co-player of the year Simon Kidder was among seven all-conference players to graduate. McKay and McNary each has won a conference title in the past six seasons and will be factors among the Salem schools this spring.

South Eugene last season won a fourth consecutive conference title led by SWC player of the year Parker Dixon (now at George Fox), but with Thurman leading a strong contingent back, the Axe will be favored in the Eugene half of the split conference. The Medford-area section will be hotly contested between Grants Pass, which shared the title with the Axe last season, and South Medford.