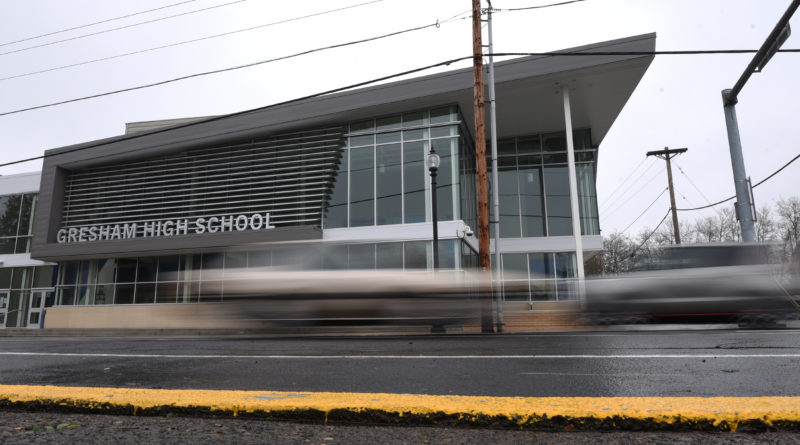 The Gresham-Barlow School District announced Tuesday morning that it has decided to opt-in to play tackle football after all, with practices to begin Wednesday, Feb. 24.

The district reversed course after Tuesday’s release of updated school health safety metrics for Multnomah and Clackamas counties, according to a letter sent to school district families and posted on the Gresham High Athletics Twitter feed.

While Clackamas County metrics (90.5 cases per 100,000) made the district eligible to participate in tackle football, Multnomah County metrics (108.9 per 100,000) left them ineligible. However, the letter goes on to state, “the metrics are trending in the right direction. Because of this, Sam Barlow High School and Gresham High School will submit an opt-in plan for 11-on-11 football.”

Gophers coach Mike Melton’s initial thought when he was informed there would be a tackle season after all? “Excited for the kids,” he said.

“Our parent support was outstanding through it all,” Melton added. “Even when our parents thought we were going to have to play 7-on-7, they jumped right in to find a way to make it a great experience regardless if we played 7-on-7 or 11-on-11.”

Gresham, Barlow set to kick off season one week late

Barlow athletic director Dan Dalzell said that while the Bruins and Gophers could get the nine OSAA-mandated contact practices completed to be eligible to play Saturday, March 6, the district is aiming to play its first games in Week 2 of the six-week season.

Among the district’s concerns when trying to add a March 6 game at this late date is scheduling officials. A shortage of football officials has led the Portland Football Officials Association (PFOA) to inform athletic directors that Thursdays and Fridays are fully booked.

Dalzell said when he notified the PFOA that Barlow had opted in, he was told that he would likely have to schedule Bruins games on Tuesdays, Wednesdays or Saturdays to have officials available.

Three other East County school districts — Centennial, David Douglas and Parkrose — have yet to announce whether they have reconsidered their decisions to opt out of a tackle football season.

Currently, the district has no plans to start hybrid or limited in-person instruction (LIPI), which means if the county remains in the High Risk category, it’s highly unlikely David Douglas would opt-in to a tackle season.

Szueber has said previously that he considers the question of whether to have a tackle season part of a pattern of inequity in the state’s education system.

On Tuesday, Szueber said, “I wish the governor would do what’s fair for kids and grant a waiver to that requirement.”

The new numbers did have good news for football players along the Oregon Coast. Lincoln County will move from High Risk to Lower Risk starting Friday, and the Lincoln County School District announced that contact football could take place, with the first games scheduled for March 12.

“Our Season 2 plans follow all Sector Guidance and we would continue to do so, regardless of our Risk Level,” the district wrote on its website. “We plan on remaining with contact football unless otherwise directed by the state or county guidance. (Superintendent) Dr. Karen Gray has no intention of moving backward in contest offerings and will meet all requirements to maintain contact football unless the decision is made outside of local control.”

The news also improved for volleyball teams in several counties that moved out of the Extreme Risk category that barred them from hosting matches due to state COVID-19 guidelines.

Crook, Jackson, Lane, Malheur, Marion, Polk, Umatilla, Union, Wasco and Yamhill counties all will see their statuses improve to either High or Moderate risk Friday, which will loosen time and participant limits imposed upon Extreme Risk counties. However, Douglas County moved back into Extreme Risk category, which could affect volleyball programs at 16 high schools, including Roseburg, Reedsport, South Umpqua and Sutherlin.

Only Benton, Coos, Douglas, Jefferson and Josephine counties will remain at the extreme risk level.