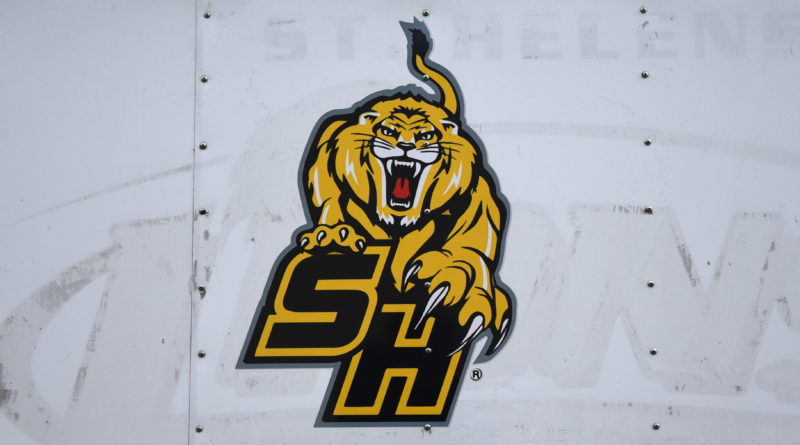 Over the next few weeks, SBLive Oregon will break down every 6A, 5A and 4A football team in the state in anticipation of a six-week season in March and April. Even if the season is postponed or canceled, we will continue to highlight more than a hundred teams and more than a thousand players in Oregon. Here’s our look at the St. Helens Lions of the Class 5A Northwest Oregon Conference West Division.

Young called Bigham a student of the game. He was a regular part of the passing game last season. “He has a good understanding of route concepts,” Young said, and attention to detail defensively.

Smith is a two-year starter in the defensive secondary. Young said he is an explosive kickoff returner and punt returner.

Sonneburg is “one of our strongest football players,” Young said. The senior can play end or tackle on defense. “He made great improvements in his O-line play in 2019,” Young said.

Though not terribly big, the 5-7, 185-pound Allen makes an impression when he carries the ball. “He’s a tough runner between the tackles,” Young said. The coach also praised Allen’s vision and his contact balance as a running back. After playing inside linebacker last season, Allen will move to an outside linebacker/defensive end hybrid position this season.

Ramos is a returning starter at inside linebacker. “He has great mental focus in practice,” Young said, “which will help, as he will be asked to set the defense and make in-game checks.” The Lions will look for Ramos to have a larger impact on the offensive line compared with last season.

Young said Amb made huge improvements last season and followed with a good offseason in the weight room. The coach said Amb’s performance will be key on both sides of the line of scrimmage — stopping the run on one side and triggering the running game on the other.

Every high school team has had to embrace the “new” this season in light of the pandemic. The “new” on the field might be more pervasive for St. Helens than for a lot of other teams.

All but two Lions players who earned all-Northwest Oregon Conference West Division recognition last season are gone. The three candidates competing for the starting quarterback spot are sophomores — all with at least a taste of varsity experience but not as the No. 1 guy.

Of Garrett Smith, Jeremiah Rund and Tyler Tolles, Young said, “All three have strengths that will make them great options moving forward. It will be fun to watch them all compete and grow as quarterbacks.”

The Lions’ two wins last season were against teams that went winless. The win-loss accounting of the season appeared to be a step in reverse from 2018 and its four wins. Progress isn’t necessarily linear, though, and that’s probably even more the case in the current environment.

“The biggest challenges will be to just continue to be adaptable,” Young said. “Good teams adapt quickly to ever-changing situations and find a way to use those challenges as a way to grow as a program.”

“Our goal right now is ‘To Be Ready.’ With so much uncertainty, we just want to make sure we do everything we can to prepare ourselves so that when we get the green light, we are off and running. Our athletes and coaches have done a great job of embracing the situation we are all in as a way to think outside the box and find new ways to do old things.” — Cory Young