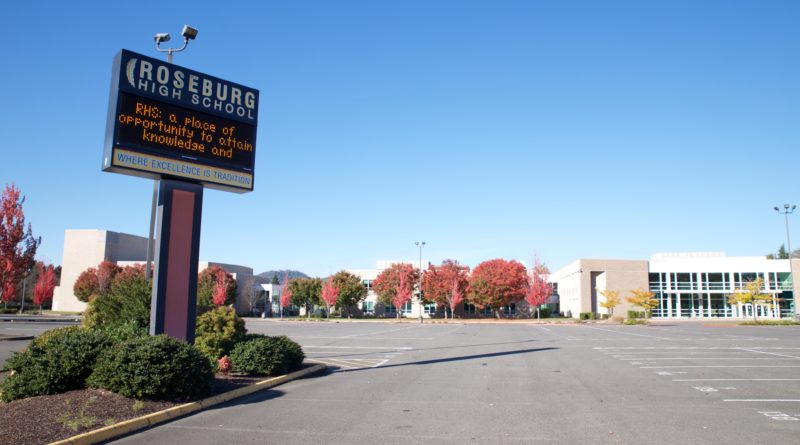 Over the next few weeks, SBLive Oregon will break down every 6A, 5A and 4A football team in the state in anticipation of a six-week season in March and April. Even if the season is postponed or canceled, we will continue to highlight more than a hundred teams and more than a thousand players in Oregon. Here’s our look at the Roseburg Indians of the Class 6A Southwest Conference.

Six started as a sophomore and can play a variety of positions on offense, including quarterback and receiver. He is a standout for Roseburg in the secondary. “He has solid instincts and a good frame for the positions he plays,” Heuberger said. “We are going to move him around a little bit.”

As a freshman, Dupper placed sixth in the 100 meters at the Southwest Conference district championships with a time of 11.4 seconds. Dupper has grown since then and is now 6-feet and 170 pounds. “We think he can stretch the field for us,” Heuberger said.

Zeimet played some quarterback last season and made honorable mention all-Southwest Conference at receiver. He is an excellent fly sweep runner and a difference-maker on defense. “Garrett is an aggressive safety that is not afraid to come up and hit,” Heuberger said.

Kaul is a smart player who excels at playing in space on both sides of the ball. He received all-SWC honorable mention at linebacker a season ago. “Last year was his first year playing football in a long time, and he’s just a sponge,” Heuberger said. “He can run around, play the run and the pass.”

Steinacher is a traditional fullback who isn’t afraid of contact. The junior also plays linebacker. “He is a throwback type of kid, a hard worker,” Heuberger said. “What you picture a fullback looking like back in the day, that’s him.”

Klopfenstein is a strong student and a three-sport athlete. He has impressed the coaching staff during pandemic workouts. “Logan is a high-motored kid with good speed,” Heuberger said.

Roseburg closed the 2019 season with seven consecutive losses, missing the playoffs for the fifth year in a row. Several members of that team, including a substantial number of linemen, have moved on, but Heuberger believes the program is heading in the correct direction entering his fifth season at the helm.

“I’m really excited about some of the depth we’ve started to get the last couple of years,” said Heuberger, who noted the 2021 senior class is relatively small while there are a number of juniors, sophomores and freshmen in the program. “We are trying to get the numbers back up for us to be a little more competitive at the 6A level.”

Heuberger said there has been an uptick in athleticism among the program’s younger classes. Several of the players also are longer and larger.

“I think we have more playmakers than we’ve had across the board, guys that can take a hitch and go to the house,” the coach said. “We have a lot more of those types of kids in our junior and sophomore classes.”

When asked about areas the team can improve, Heuberger pointed to physicality.

“I’d like to see us be more physical and more relentless at getting to the football,” he said.

Roseburg used multiple quarterbacks a season ago, and Heuberger said the competition is wide open without a clear-cut starter.

“We probably have three or four guys that could be in the mix for it, and they all bring something unique,” Heuberger said. “We are excited that we have four options, because we haven’t had four options in the past.”

Several other spots also are up for grabs, which could result in a few bumps during a condensed winter/spring season followed by a strong fall campaign.

“We are as athletic as we’ve been in four or five years,” Heuberger said. “We also have a lot of unproven kids.”

“We knew our senior numbers were going to be lower this year regardless. A lot of our seniors are working or graduated early, and that’s going to affect everybody. I’m curious to see what seniors end up showing up.” — Dave Heuberger