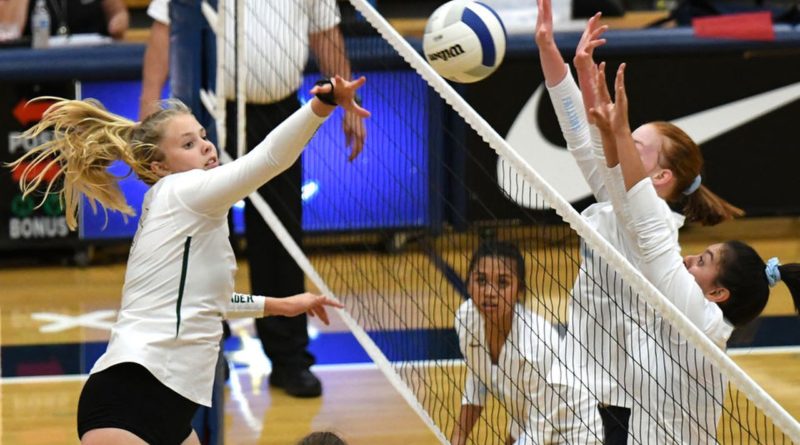 With only six weeks of competition and no state championship events, it won’t be a normal high school sports season. Nevertheless, we examine the top returning players and outlook for every Class 6A volleyball league in Oregon.

Since the PIL reformed in 2014, the same four teams have finished in the top half of the league standings every year. Wilson broke Lincoln’s three-year run atop the league last season, but the Trojans will have to revamp their front row after graduating PIL player of the year Kennedy Stahr and fellow first-team all-leaguer Hannah Romeis. The Cardinals have made the playoffs the past five seasons but also have to replace most of their front line around Sells, who’s signed with Washington University in St. Louis. Grant returns two all-league first-team selections in search of its first title since 1993, while Cleveland brings back two solid players in the middle in Blaha and Davidson as it bids for its first title since 2014.

Two-time defending state champion Jesuit has won every league title but one since 1998, and with five all-state selections returning to go with Class of 2023 No. 3 recruit OH Isabel Patterson, the Crusaders would have been an overwhelming favorite to add another banner to their already-crowded gym walls. Mountainside made it to the state tournament in just its second season, but without 6A player of the year Izzi Szulczewski (Oregon State), the Mavericks will be fighting to hold off Sunset for second place. Beaverton finished above seventh for the first time since 2015 behind Talalemotu and senior OH Lauren Wilborn, a Hamline University signee.

McMinnville last season reached the second round of the state playoffs for the first time since 2013, and despite graduating league player of the year Jazi Smith, the Grizzlies bring back several key pieces to defend their title. Newberg boasts the state’s top Class of 2023 recruit in Gregoire-Salagean. 2018 conference champion Glencoe (led by Lee, who signed with BYU to throw shot and discus) also will challenge McMinnville for top honors. Century hasn’t finished over .500 since winning its last league title in 2012, but the Jaguars have fast-rising prospect Hoopes among five all-leaguers back.

Central Catholic has dominated the Mt. Hood Conference since 2005, when it started its streak of 15 titles. The Rams have won 51 MHC matches in a row, but with Kayla Hambley taking over for Hall of Fame coach Rick Lorenz, they’ll be writing a new chapter without two graduated all-state hitters — Julia Carr (Carroll) and Mia Jordan (Cal State East Bay) — but with Idaho signee MB Makenah Jackson, a transfer from Camas who had 145 kills and 114 blocks (43 solo) last season, to go with standout setters Rosa and Stemple. Reynolds hasn’t made the playoffs since 2014, but with Eastern Washington signee Messenger running an offense led by Lambert, the Raiders should challenge Clackamas and Sandy for second place behind the Rams.

West Linn has won the past four league titles and is led by University of Washington signee Wilmes and Portland State signee Snook. The Lions also have Warmenhoven, the No. 1 recruit in the Class of 2022, and add OH Addie Hoover, No. 2 in the Class of 2023, making them not only favored to win a fifth consecutive TRL championship, but also giving them a chance to challenge perennial powers Jesuit and Central Catholic as the state’s top team. Canby also will be a state contender with its own future Pac-12 player in Oregon signee McClellan, the reigning league player of the year who hit .313 with 46 aces last season, and Idaho signee Gay. The Cougars beat West Linn in the third-place match at the state tournament last season after splitting their TRL matches. Oregon City, second to West Linn in league play in 2019, graduated a lot of firepower and could take a step back, while crosstown rivals Lake Oswego and Lakeridge stand poised to battle to take the Pioneers’ place in the top three.

Summit and Bend shared back-to-back league titles in 2016-17 before getting bumped up to 6A, where the two Central Oregon schools have finished 2-3 behind Sprague each of the past two seasons. This spring, they won’t meet as the Salem and Bend schools will not cross over. The Storm have one of the state’s top seniors in Justema, who’s headed to Columbia and the Ivy League later this year, but the Lava Bears might be the league favorite with three future college players in Armstrong (Slippery Rock), Bushnell (Farleigh Dickinson) and Ramage (Eastern Oregon). The Olympians, who lost in the 2018 state final, won’t go away quietly, with Albrecht (184 kills, 134 digs) ready to become the team’s go-to hitter after the graduation of all-state second-teamer Bridgette Smith (Sacramento State).

Three-time defending conference champion Sheldon has reached the state tournament each of those years, and with Eastern Oregon signee Ledgerwood directing an attack that includes three returning all-league hitters, the Irish would have had a good shot at making it four consecutive trips. South Eugene, the only team to beat Sheldon in SWC play in the past three seasons, brings back two first-team all-leaguers in Combs and Glenzel. North Medford has finished second to Sheldon two of the past three years. The Eugene and Medford schools will separate this spring in favor of regional play during the pandemic.