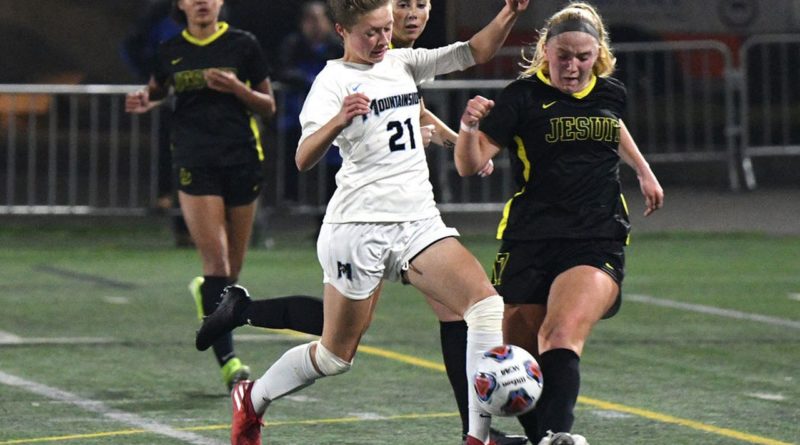 With only six weeks of competition and no state championship events, it won’t be a normal high school sports season. Nevertheless, we examine the top returning players and outlook for every Class 6A girls soccer league in Oregon.

Led by Arizona signee Maycumber, a defensive midfielder, and three other all-league returners from the team that scored the most goals in the PIL last season with 47, Lincoln looks to win its first outright league title since 2016. Defending champion Wilson graduated all-state goalie Olivia Williams from a team that allowed less than a goal per game, but team scoring leader Antonini is back. Cleveland and Grant also reached the second round of the 2019 state playoffs. The Warriors return three all-league players, including Louisiana Tech signee Kyle (27 career goals), while the Generals must rebuild a bit after graduating three first-team all-PIL selections, including offensive player of the year F Ruby Donaghu. Senior D Greta Streich, who’ll join Kyle at Louisiana Tech, will anchor Grant’s back line with Liv Frazier.

Don’t let the small number of returning all-leaguers fool you — Jesuit is plenty loaded to extend its 58-game unbeaten streak and would have made a strong bid for a fourth consecutive state title. Koleno, an Arizona signee, had nine goals and 10 assists a season ago, and junior Taylor Krueger (a Saint Louis commit) had 11 goals and 13 assists. Senior GK Olivia Juarez, a University of Washington signee, takes over for all-state keeper Mary Votava to anchor a defense led by Barhyte and sophomore Eva Grunkemeier. Mountainside made the state final in just its second season and returns Oregon State signee Carrington, although Bauman continues to recover from an ACL injury. The Beavers also signed Carraher from Westview, which likely will battle Sunset for third place in the standings.

Sherwood has qualified for the state playoffs each of the past 17 seasons, reaching the quarterfinals in 2019 after winning the conference title. The Bowmen graduated two-time conference player of the year Loma McNeese (now at New Mexico) and two other first-team all-Pacific honorees but return Fried, the younger sister of former 6A player of the year Kaillen Fried, among four all-conference selections. The rest of the conference boasts plenty of balance. McMinnville and Liberty were the Pacific’s other state qualifiers last season, but both were hit by graduation. Forest Grove has two first-team all-conference returners in Garcia and Takahashi. Century will stay in many games with Smith, a St. Bonaventure signee, in net.

Barlow hasn’t reached the semifinals since 1992, but with two Division I signees in Hoffman (31 goals in 2019, Portland State) and Topaum (21 goals, Northern Arizona) to go with Shuler (13 assists), versatile senior M Willow Manwiller, and a quartet of juniors who played on January’s Surf Cup winning team (Marynik, F Abbie Nelson, F/M Naomi Whipps and GK Camryn Waibel), the Bruins would have been a Final Four contender. Clackamas is only a season removed from reaching the state final, and with Oregon State signee Brown among four all-MHC returners, the Cavaliers likely would have finished second in the standings, holding off Central Catholic and a fast-rising Centennial team.

Tualatin last season won its first league title since 2015 and made the quarterfinals for a second time in the past three years, but its repeat chances suffered a blow when reigning TRL player of the year and four-star recruit Cally Togiai (18 goals) graduated early to start her career at the University of Portland. That opens the door for teams such as West Linn, which also reached the quarterfinals, Lakeridge and Lake Oswego — all three schools return two first-team all-TRL selections. Seven of the league’s eight teams qualified for the 2019 state playoffs, including last-place Tigard, so there are no gimmes in league play.

Heavy graduation losses affected the conference’s top teams, which won’t play each other as the Salem and Bend schools stay local this spring. West Salem graduated three all-state players, including league player of the year Paige Alexander (now at Oregon), and nine seniors from a state semifinalist team that handed Jesuit its only blemish in the past three seasons (an early-season tie before losing to the Crusaders in the semifinals). Summit lost second-team all-state striker Molly Day among four all-MVC honorees who graduated. South Salem hasn’t won a conference title or playoff game since 2014, but with Bingham and Hall leading the way, the Saxons could end at least one of those droughts (depending on the culminating week). Bend had the pieces to put together its first conference title run since 2016, when the Lava Bears were in 5A. One team that could surprise is Sprague, which last made the playoffs in 2016 but returns four all-MVC players who could help the Olympians contend for a top-four spot.

South Eugene improved from five wins in 2018 to 16 last season and a first semifinal appearance since 2005. The Axe return nine seniors in the starting lineup, including Utah signee Beller, 31-goal scorer Simmons (the reigning conference player of the year) and GK Brianna Alvarez, who allowed eight goals all of last season. They would have been poised to challenge for a state title in any other year; instead, they won’t even have a regular conference title to vie for, as the Medford and Eugene schools will play separate schedules. North Medford returns Denn, a central midfielder who signed with Abilene Christian in November, among four all-conference honorees. Sheldon also returns four all-conference players, including Northwest Nazarene signee Schmidt.