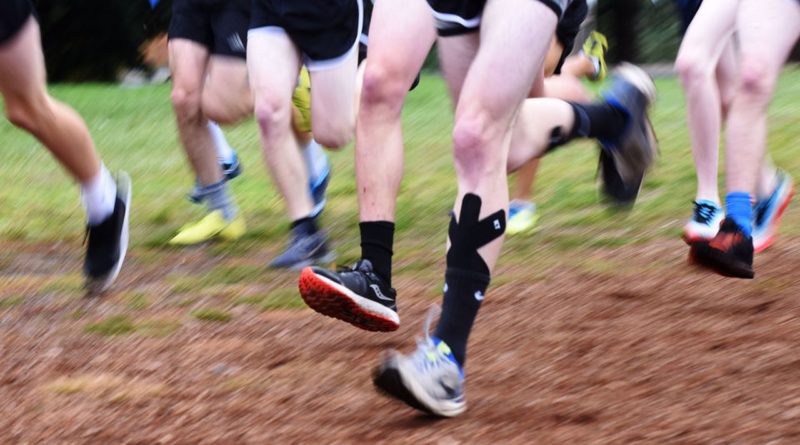 With only six weeks of competition and no state championship events, it won’t be a normal high school sports season. Nevertheless, we examine the top athletes and teams that likely would have been competing for boys cross country state titles in a typical fall season.

Robertson improved from seventh at state as a sophomore to finish second last season behind teammate Aidan Palmer (now at Boise State). The Colorado signee and 2019 3,000-meter champion on the track won the final Elite 5K race at Hydrangea Ranch in Tillamook in November, beating Wyoming 3A state champion Peter Visser of Star Valley by eight seconds.

Schumacher, who signed with Notre Dame in the fall, moved up 25 spots between his sophomore and junior years to place fourth at the state cross country championships last season. He traveled to Indiana in November and placed 12th at the XC Town USA Meet of Champions.

Althouse is another runner who showed great improvement between his sophomore and junior seasons, moving from 26th to seventh, then edging Robertson by a tenth of a second to win the Foot Locker West Regional title. Althouse has signed with Georgetown.

Mestler will stay close to home for college — he signed with the University of Oregon after he followed a Southwest district title with an eighth-place finish at the state championships last season.

Liam Kaperick, Sr., South Eugene: Kaperick finished just behind Mestler at both the Southwest district meet and at state, placing ninth to make the medals podium.

Giuliano Scasso, Sr., Wilson: He improved from 25th at state as a sophomore to 10th last season, then followed with a 13th-place finish at the NXN Northwest Regional Championships.

The 2018 champion Rams have won 11 team titles since 2003, and despite graduating four of their top seven from a season ago, never count them out. Senior Anders Beil (27th) is their top returning runner.

The Lightning had been building toward their first state title, placing third in 2017 and fourth in 2018 before breaking through. They graduated individual champion Palmer but return three top-15 finishers — Robertson, senior Jackson Buffonge (12th) and fast-rising junior Charlie North (15th) — as well as Harvey Mudd signee Daniel Fajardo.

The Crusaders won the last of their five state titles in 2017, but with Schumacher leading four returners from last season’s state runner-up joined by sophomore Jacob Nenow, the son of former 10,000-meter American record-holder Mark Nenow (he finished 17th running for the silver-medalist U.S. team at the 1981 World Cross Country Championships), they’d push Franklin for the title once again.

The Axe return their top four runners and five of their top six from a team that placed sixth in 2019, with Kaperick and senior Oscar Roering (33rd) leading the pack.

The Apollos have posted four runner-up finishes since their last state title in 1984 and finished third last season. They return only Balazs and senior Collin Beyer (17th) from their top seven of a season ago but have a couple of promising sophomores in Inbaa Chennai and Jackson Vande Zandschulp.

Pryor ran in the shadow of two-time state champion Evan Holland and Arlo Davis on his own team the past two years, but he’s ready to take on the leadership mantle for the Grizzlies program after winning the Northwest Classic and placing fourth at state last season. He has committed to run at Harvard.

With Stein, who finished fifth at state last season and recently signed with the University of Oregon, the Grizzlies have a potent 1-2 punch with which they could defend their state title if given the opportunity this spring.

Byer closed an impressive sophomore season by finishing sixth at the state championships and seventh at the NXR Northwest Regional Championships.

Tyrone Gorze, So., Crater: Gorze showed he’s ready to pick up the mantle of being a No. 1 runner for a Comets program that won three consecutive state titles from 2016-18 and was runner-up last season by placing ninth at state as a freshman.

Juan Diego Contreras, So., The Dalles: He followed a 10th-place finish as a freshman at the state meet by placing second at regionals and seventh at the USATF National Junior Olympic Championships in the 15-16 age group.

The Grizzlies finally made it back atop the medals podium for the first time since 1993 last season, and with Pryor and Stein leading another loaded lineup that includes brothers Vincent and Nathan Stein, they’d be difficult to knock off their perch.

The Comets graduated three of their top four runners of a season ago, but Gorze leads a group that includes two other top-40 finishers at state in 2019 — junior Tate Broesder and senior Conner Sutton.

The Raiders have a solid top three in Byer, his twin brother Cade (who placed 14th at state) and fast-rising senior Keller Norland to challenge Ashland and Crater and improve upon a school-best third-place finish in 2019.

The Wildcats finished fourth at state in 2019 with a young group that returns all seven runners this season, paced by top-20 finishers Mason Weisgerber (19th as a freshman) and junior Jacob McClelland.

Peckham became the Outlaws’ first individual state champion and nearly led them to a first team title, improving from 42nd as a freshman to 15th as a sophomore before last season’s 8½-second victory over Baker’s Kale Cassidy. Peckham has committed to Idaho.

The older brother of 4A girls state champion Ella Thorsett didn’t do too shabbily himself, placing third at state a year after missing his sophomore season because of an injury.

Wallace transferred to Klamath Union before his junior season from crosstown rival Mazama, where he was a Skyline district champion as a sophomore. He bounced back from an ankle injury in the first mile that cost him a shot at defending his district title to finish fourth at the state championships.

Lance Trees, Sr., Ontario: He started his junior season with a victory at the Catherine Creek Scamper and finished it with a seventh-place finish at state.

Patrick Clayburn, Sr., North Valley: He’d been the Knights’ No. 2 or 3 runner most of the season before finding his form when it counted most, finishing second at the Skyline district meet and eighth at state.

Brody Bushnell, So., Philomath: Bushnell showed a few freshman nerves at his first big meet, placing ninth at the Oregon West district meet, but he redeemed himself a week later with a ninth-place finish to pace Philomath to the state title.

The Bulldogs graduated state runner-up Cassidy but bring back senior Jake Cuzick (21st) and junior Gavin Stone (31st) in what they hoped would be redemption after missing a team trophy by one point to Marist Catholic.

The Pelicans last won a state title in 1999, but Wallace leads a group that returns five from their third-place team at state a season ago and will add three promising youngsters from the JV district champions.

The Warriors hadn’t won a state title since 2010 before edging Sisters by five points a season ago. Bushnell leads a pack of five coming back from that championship squad that includes top-20 placers Grant Hellesto and Justin Enghauser, both seniors.

With Peckham, Thorsett and senior Ethan Hosang (19th) back, the Outlaws would be in the thick of any title hunt this spring.

Coughlan started state championship week last season unsure whether he’d get to compete because of a knee injury. He ended it as Enterprise’s first state champion in the past six years, going to the front in the first mile and holding off Burns senior JP Friedrichsen for a second consecutive week for a 3½-second victory.

Knapp ran with Coughlan and Friedrichsen in the lead pack the entire race, eventually placing third — just ahead of teammate Bayden Menton — to lead the Outlaws to their first team title since 1996.

Montgomery showed no freshman nerves in making the podium in his first trip to the state championships, placing 10th to become the first Hawk to medal since 1998.

A year after edging Enterprise by two points for the school’s first championship, the Hilanders fell three points short of defending their title. They graduated three top-10 finishers and will be led by junior Masson Shaw and sophomore Carter Lardy.

The 2014 champion placed fourth last season and, despite graduating three of their top four runners, would have been in the trophy hunt again with senior Ben Bockmann leading the way.

The Outlaws not only avenged their loss to Burns at the 2018 state meet but also a narrow defeat at the district meet, in which they lost on the sixth-runner tiebreaker, in winning the third title in school history. They bring back all seven runners from their state championship squad.

The Eagles have finished third at state each of the past two seasons and bring back junior David Dugan, who narrowly missed making the podium in 11th place, among four state runners.

The George Fox signee followed his victory at the Special District 2 meet with a seventh-place finish at state in his third trip.

Frechette became the first runner to qualify for state in the North Portland school’s three-year history as an OSAA program, then finished his season with an eighth-place showing.

The Tigers graduated their top two runners from a team that placed third at state, but they bring back their next five, led by sophomore Patton Clark.

The Mustangs have finished third and fourth at the past two state meets, and with all seven runners back led by medal-winning sophomore Trevor Nichols (10th), they would be a good bet to make the podium again.

The Archers won their first team title with Bergeron and senior Colin Friend (fifth) leading the way, but they also bring back senior Luke Williams as they hoped for a shot to repeat as champions.

The Bobcats won titles in 2015, 2017 and 2018, and with a youthful lineup last season, they finished second. Six of those seven runners return, including ninth-place finisher Taylor Fox, a sophomore.