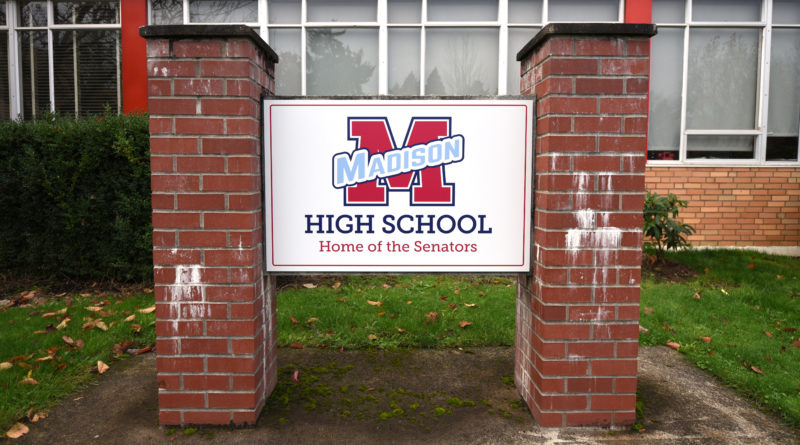 Over the next few weeks, SBLive Oregon will break down every 6A, 5A and 4A football team in the state in anticipation of a six-week season in March and April. Even if the season is postponed or canceled, we will continue to highlight more than a hundred teams and more than a thousand players in Oregon. Here’s our look at the Madison Senators of the Class 6A Portland Interscholastic League.

Salvador said the Senators of Northeast Portland will exploit Newsome’s strength and athleticism at tight end and expect him to be a key contributor at defensive end. “He has committed himself to the weight room and changed his body by becoming leaner and quicker while still adding explosiveness and power to his game,” Salvador said of the 6-foot, 209-pound Newsome. “He is an excellent student-athlete, enjoys the grind and has built himself into a leader within our program.”

Cabello has the most playing experience of Madison’s seniors and is expected to be a key contributor on both sides of the ball. “Will is our biggest threat on offense and embraces that role,” Salvador said. “He wants the ball in his hands at crunch time and is willing to make a key block to spring a teammate for a long gain.” The 6-3, 190-pound Cabello also draws praise for his competitiveness and leadership on and off the field.

Salvador said Kern might have the biggest upside of the team’s “players to watch.” “He is one of the hardest-working kids in the weight room and is driven to be successful,” Salvador said. Last season, his first playing organized football, he started at safety and was a top playmaker. “He has worked hard this offseason to improve on the small things such as technique, film study, understanding of in-game situations and his leadership skills to put himself in the best position to be successful,” Salvador said.

The 6-foot, 255-pound Bailey is a three-sport athlete (wrestling and track and field), is among the team’s most experienced players and is armed with a competitive fire. Salvador said Bailey has attended camps and paid the price to improve on the techniques needed for success on the line. “Lakota is strong at the point of attack, has good balance and speed for his size, and his knowledge of the game allowed him to start as a sophomore and to be an impact player last year,” Salvador said. “This year, we are looking for Lakota to take the next steps in his development as he is a big part of the foundation within our program.”

The Senators’ starting quarterback last season, Holden is expected to win that job again. Salvador cites improved arm strength and agility in the pocket as among Holden’s physical improvements, and he said the senior has grown on the mental side of the game, too. “He has a better understanding of our offense, proper progression, reads within our system and what we are trying to get accomplished,” Salvador said. “He will not overwhelm you with speed. However, he is a savvy runner with the ball, would rather run through you than around you, and he finds a way to get positive yards.” The coach added: “We expect for Marcus to improve as a quarterback and leader within our program and school building.”

Last season was a struggle for Madison on the scoreboard. The Senators were 0-8 and finished the regular season holding the lowest spot (No. 46) in the OSAA rankings.

This year, Madison could begin earning interest on the painful investments made in previous seasons. Of the team’s 22 starting positions in 2019, 16 were manned by a sophomore or a player in his first year of organized football. With three seniors in 2019, graduation losses were minimal.

“We have high expectations heading into this particular football season,” Salvador said. “As we build off last year, we are looking to have a winning record when we finish this season.”

Salvador is in his third season, but his second season with a full cycle of preparation (he took over after the 2018 season opener). He lauds the facilities created from the school’s renovation and school administration’s support of the program.

“Last year,” Salvador said, “we were able to recruit the hallways very well, which resulted in some of the best athletes within our building coming out for football.”

Assuming last season, when Madison’s closest loss was by 23 points, was the floor for the program, what is this season’s ceiling? One win would be a milestone, and continuing to build a foundation for the program and its still-developing players might be a more reasonable expectation.

“This year we have huge expectations of growth within our program as we return 20 of the 22 starters and will have nine seniors returning with playing experience.” — Joe Salvador