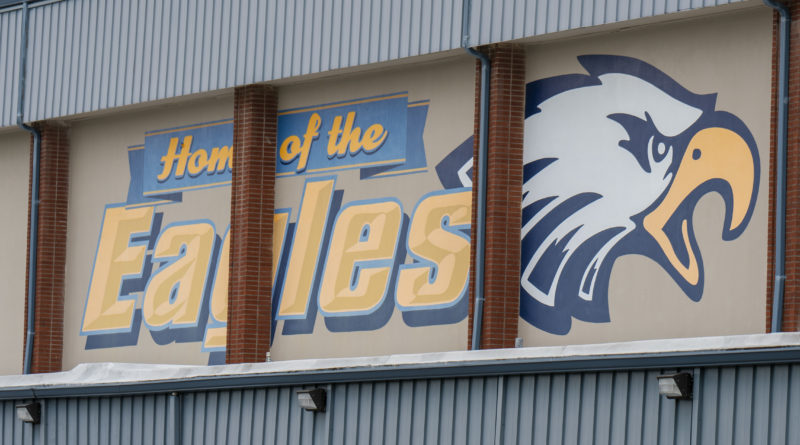 Over the next few weeks, SBLive Oregon will break down every 6A, 5A and 4A football team in the state in anticipation of a six-week season in March and April. Even if the season is postponed or canceled, we will continue to highlight more than a hundred teams and more than a thousand players in Oregon. Here’s our look at the Stayton Eagles of the Class 4A Oregon West Conference.

Playoffs: Lost 47-27 to North Marion in first round

Brown was the backup to the conference player of the year last season. He’ll play a lot this year.

“I would say right now, if I had to pick a starter, he would be the guy,” Nyquist said of the quarterback position.

Also in the running for quarterback, Leming did not play last season.

“One will be the starting quarterback. The other we’ll find a spot for in the defensive secondary,” Nyquist said.

He does it all. Strong blocker. Runs well. Catches. On defense, he’s a fundamentally sound tackler. A returning starter. Oh, and he’s only a sophomore. A sophomore at 6-5, 250 pounds.

“He’s bigger, stronger and faster than he was a year ago,” Nyquist said. “He has the potential to be a very good high school football player.”

Yes, two tight ends to watch. Daniels is a basketball player, too.

“Always helps when you have an athlete like that,” Nyquist said.

Frith just got better and better as the 2019 season progressed.

“He was probably our No. 2 wide receiver by the end of the year,” Nyquist said.

Frith likely will be the team’s kicker and might be the punter, too.

“He’s pretty athletic,” Nyquist said. “He’ll be on the field quite a bit.”

“Very similar (to Frith). A little bit bigger. Both go up and catch the ball, and both work hard on their route-running techniques,” Nyquist said.

A special talent in the slot. Received some varsity action as a freshman. He will play both sides this season.

Hughes transferred from McNary High School in Keizer. Nyquist has seen Hughes in conditioning drills but has seen him play in a game only on film.

Still, the coach likes what he sees.

“He’ll be a big part of what we do offensively,” Nyquist said. “He has all the elements to be a good running back.”

Henderson filled in a bit on varsity last season and is ready to make the jump to become a major contributor.

“Very, very athletic, capable kid who has the potential to compete with Easton and give us a good one-two punch back there,” Nyquist said.

“We’ve got some kids I feel really good about on the offensive line,” Nyquist said.

One of the fastest players in the state, Belliard suffered a knee injury and will miss his senior season in football and track and field. He was second in the 100-meter dash at the state meet in 2019.

“If we get to play, I just want to focus on the process we normally would focus on in a season,” Nyquist said. “Teaching kids how to work hard, making sure we are prepared, helping kids improve their fundamentals.

“If you’re a competitor, when you step on the field of play, you always want to win. That’s part of it. Part of it is not all about winning, though. It’s what you learn.”

“The biggest thing I like about our kids is they work hard,” Nyquist said. “They understand what it means to be a good teammate and to make sacrifices. I’m looking forward to the season. I hope we get a chance to play.”