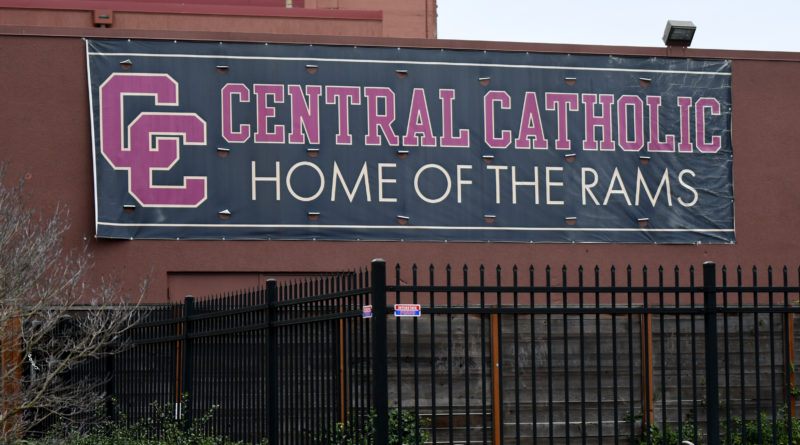 Over the next few weeks, SBLive Oregon will break down every 6A, 5A and 4A football team in the state in anticipation of a six-week season in March and April. Even if the season is postponed or canceled, we will continue to highlight more than a hundred teams and more than a thousand players in Oregon. Here’s our look at the Central Catholic Rams of the Class 6A Mt. Hood Conference.

Broadus played a fair amount at safety and cornerback last season. “We expect good production from him,” Pyne said. “He has great instincts, ball skills and is very competitive.”

Brown started every game in 2019 at outside linebacker and amassed 10 tackles for loss in what Pyne called a very consistent season. “He has great athleticism and playmaking ability,” Pyne said. Brown had an interception in the 2019 Class 6A championship game — one of only two that runner-up Lake Oswego threw in its five postseason games.

Pyne said Ridgeway, a third-year starter and an honorable mention all-Mt. Hood Conference selection at tight end, is the one returning player on offense who contributed significantly to last season’s team. “He is a versatile player who can play as an attached tight end or split out wide and make plays,” Pyne said.

Grisham was the Rams’ third-leading rusher last season, gaining 320 yards and two touchdowns on 53 carries (six yards per rush). Grisham “was very productive running the ball in a backup role last season,” Pyne said. “We expect him to shoulder a much larger role this year.” Pyne said Grisham will be a mainstay on defense, playing a number of positions.

King had a touchdown reception among his four catches in last season’s Class 6A championship game. That was part of a performance that Pyne characterized as King coming into his own during the playoffs. “He’s an FBS talent,” the coach said. “We expect his role on both sides of the ball to increase with the graduation of Silas Starr and Kalvin Souders.” King earned all-Mt. Hood honorable mention last season as a 6-foot-2, 180-pound defensive lineman. This season, he’s targeted to play in the defensive secondary.

Pyne expects the 6-3, 220-pound Winston to be a handful for opposing offenses from a defensive end or outside linebacker spot. “He is quick, strong and has good instincts,” Pyne said. “He should also factor on the offensive side of the ball.”

First-team all-state quarterback Cade Knighton, a four-year starter, is gone. Pyne said early in the year the competition to succeed Knighton was among juniors Emerson Dennis and Luke Johnson, sophomore Mateo Maehara and freshman Cru Newman. Most of the other positions on offense also will have new starters this season.

“First, we want to make sure that our seniors have opportunities to put their best plays on film if they have a desire to play in college,” Pyne said. “That being said, it is our plan to play as many kids as possible so that we have an opportunity to evaluate them, advance their skill sets and football knowledge so they can be ready for the fall of 2021.”

“We will need to develop a quarterback and continue to grow confidence in our younger players while making sure our seniors have adequate opportunities to have a great experience.” — Steve Pyne