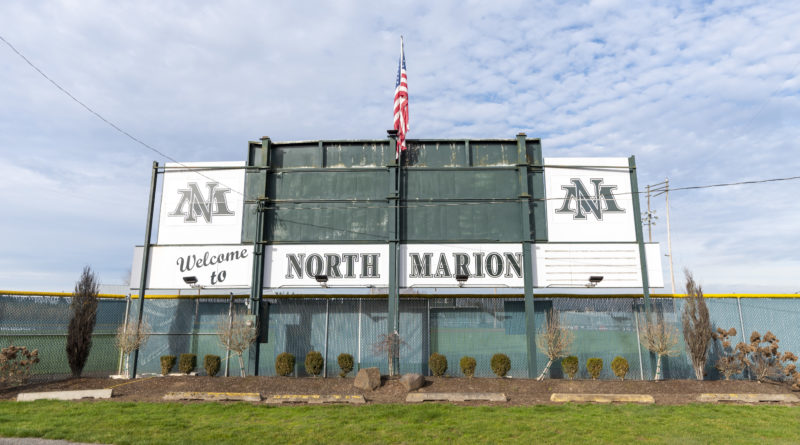 Over the next few weeks, SBLive Oregon will break down every 6A, 5A and 4A football team in the state in anticipation of a six-week season in March and April. Even if the season is postponed or canceled, we will continue to highlight more than a hundred teams and more than a thousand players in Oregon. Here’s our look at the North Marion Huskies of the Class 4A Tri-Valley Conference.

Playoffs: Beat Stayton 47-27 in first round; lost 28-21 to Marist Catholic in quarterfinals

Saucedo received all-state honors on both sides of the ball last season. Yeah, he’s that good.

Look for Saucedo to line up as a receiver on some plays, at running back other plays.

“No matter where you put him, he’s going to excel,” the coach said. “We’ve got a little trick for any team that tries to stop Tanner. There’s nothing they can do about him.”

A lineman who already has a coach’s mentality.

“He is so smart,” Carmichael said, adding that Rhodes not only knows the assignment of each lineman, but he also knows what the receivers and running backs are supposed to do on every play.

“He’s a great player to have, to mold and jell everybody together,” Carmichael said. “A true veteran in that sense.”

“He’s probably the most undersized defensive lineman you’ll ever see,” Carmichael said. “His heart is ridiculous. He plays at 300 pounds but he’s only 180. He’s going to give you everything he’s got.”

Injuries slowed him in the past on offense, but he is looking stronger than ever now.

A receiver last season, Anderson is taking over the signal-caller’s duties.

It was not an easy transition at first, Carmichael said, “but now he’s rocking and rolling. Excited to see what he can do. No doubt in my mind he’ll live up to the expectations of what we’re trying to build here at North Marion. He’s a very intelligent player. He picks up everything really fast.”

Mata is the most fundamentally sound defensive back and receiver in the program, according to Carmichael. Though undersized, he still received playing time as a freshman.

“This year, he’s filled in quite nicely,” Carmichael said. “He plays twice as big as he actually is, and his skill has elevated twice as much as it was last year.”

A returning starter. That says a lot considering he is a sophomore.

“He was really, really good,” Carmichael said. “When you get thrown into the wolves like that, it was a little bit tough for him to adapt. By the time the season was over, you would never have known he was a freshman.”

The future is bright.

“He has all the swagger down that we want out of our linemen,” the coach said. “He has become that glue that we need on the line.”

There is no reason to expect anything less than excellence, according to Carmichael.

“We want to do as well, or if possible, better than last season,” he said. “We don’t take steps back. We’re always looking to be conference champions.”

There is a more specific goal, as well.

“As long as we beat Woodburn, we’re going to be solid,” Carmichael said of the rivalry. “We gotta bring that home from Woodburn.”

“Right now, football is everything. It’s the reason why I like waking up,” Carmichael said.

No, he did not mean it as if football is more important than the challenges the world is facing during the pandemic. It was more about how football helps his players, and the community, get through the challenges.

“There’s the hope that we’re going to have that season,” he said. “Football is what makes the heart beat.”

He also said he appreciates North Marion giving him this shot as the head coach.

“I promise I’ll live up to the expectation that they want,” he said.