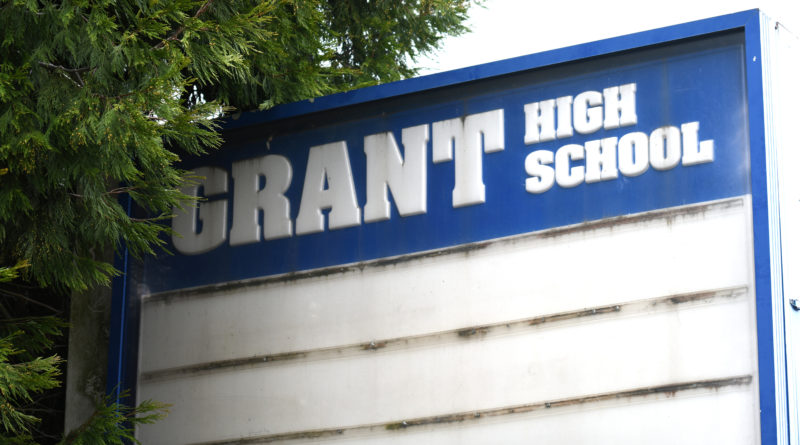 Over the next few weeks, SBLive Oregon will break down every 6A, 5A and 4A football team in the state in anticipation of a six-week season in March and April. Even if the season is postponed or canceled, we will continue to highlight more than a hundred teams and more than a thousand players in Oregon. Here’s our look at the Grant Generals of the Class 6A Portland Interscholastic League.

Playoffs: Lost 52-49 to Liberty in first round

Going was a unanimous first-team all-PIL selection last season, and this year, Beck said, “He’s just all-around a lot better.” Going devoted considerable time in the offseason to work in the 7-on-7 environment and in developing his skills under the tutelage of Chris Miller, a former Oregon Ducks and NFL quarterback. “He’s bigger, stronger, faster,” Beck said. “He has more velocity on the football.” The 6-foot-3 Going passed for more than 2,000 yards last season and gets high marks for his smarts and leadership.

Davis was a first-team all-PIL selection as a utility player on defense as a sophomore, and a promising junior season was cut short by a broken collarbone. Otherwise, Beck said, “He would have been all-state.” Davis ran a laser-timed 4.41 seconds for 40 yards at a National Preps Collegiate Showcase event in October, and this video shows his vertical leaping ability. “He’s the best cover cornerback in the state — by far,” Beck said. The 6-foot Davis weighs about 160 pounds, but Beck said he’s a great tackler.

The 6-foot-5 Borchardt, a first-team all-PIL selection in 2019, will continue to offer Going a sizable target in the Generals’ spread offense. “He plays the ball in the air great,” Beck said. “He’s a vertical threat, big target, aggressive. He’s the real deal.” Borchardt (the No. 27 recruit in 247Sports’ 2021 Oregon rankings) has an offer from the University of Idaho.

Last season, as the Generals of Northeast Portland won their first outright PIL title since 2014, Beck led the team in tackles. The 5-foot-11, 220-pounder was a unanimous first-team all-league pick and earned honorable mention on The Oregonian/OregonLive Class 6A all-state team. John Beck said Brennick, his son, has transformed himself during the pandemic. “He’s a lot faster, leaner,” the coach said. “He’s really worked super hard to get himself in the best shape he possibly can.” Brennick Beck has an offer from Western Oregon.

A returning unanimous first-team all-PIL linebacker, Price can play all over the field on offense and stands out on special teams. “He is maybe our overall most athletic player,” Beck said. The 6-1, 210-pounder’s primary offensive position probably will be tight end.

It would be hard to miss Jones just based on his 6-3, 310-pound body, let alone his standout performance. “I think he’s one of the best linemen in the state,” Beck said. “He has great feet, good athleticism, and he’s a tough guy.” Jones made the all-PIL first team last season at offensive tackle.

After being a second-team all-PIL choice as both an offensive and a defensive utilityman last season, von Arx this season will be looked upon for contributions primarily at wide receiver and linebacker — and at punter, where he was first-team all-PIL. At 6-3, von Arx presents another big target for Going and a possible matchup problem for defenses. The multitalented von Arx was a starter on Grant’s varsity basketball team as a freshman, when the Generals took the consolation championship at the Class 6A state tournament.

Despite not being a full-timer on offense last season, Pete was second-team all-PIL at running back. His speed, vision and elusiveness helped him register multiple multitouchdown games.

Moses made second-team all-PIL at linebacker as a 6-foot, 220-pound freshman. In addition to defensive duties, he’ll be used in various positions on offense this season. Moses was class of 2023 co-offensive MVP at a National Preps Collegiate Showcase.

It’s impossible to compare the pandemic’s toll on society as a whole with its effect on a high school football team, but Grant is losing out on a chance to prove its mettle.

Hailing the support of the school’s principal and athletic director and praising what he calls an awesome coaching staff, Beck said the players are aligned in their investment. The work ethic, attention to detail and commitment to offseason training have increased, the third-year coach said.

The Generals return first-team all-league players at 10 positions. They most likely would have been favored to win at least a share of their third consecutive PIL championship (tied for first in 2018, won outright in 2019).

“If we can somehow achieve both of those goals — giving the seniors their time and developing the underclassmen — and compete in every football game, then that’s a successful season.” — John Beck