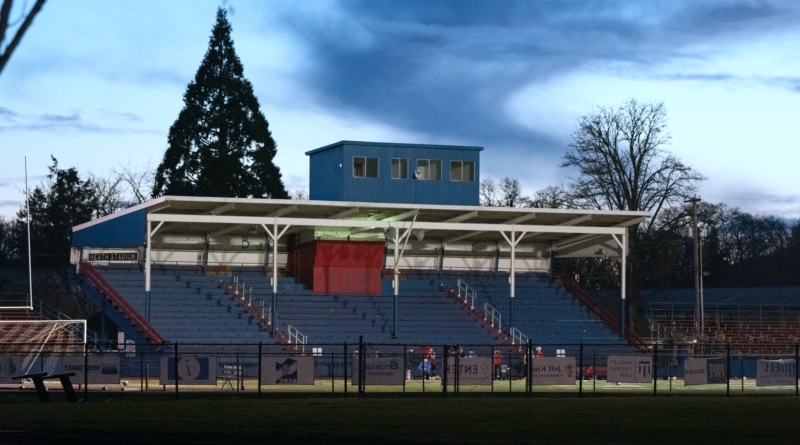 Over the next few weeks, SBLive Oregon will break down every 6A, 5A and 4A football team in the state in anticipation of a six-week season in March and April. Even if the season is postponed or canceled, we will continue to highlight more than a hundred teams and more than a thousand players in Oregon. Here’s our look at the Lebanon Warriors of the Class 5A Mid-Willamette Conference.

Playoffs: Lost 59-20 at Parkrose in first round

A second-team all-state selection at defensive back last season, Sipos recently committed to Oregon as a preferred walk-on. Sipos has good size (6-foot, 185 pounds) and is a dangerous receiving threat. Tomlin said Sipos transformed his body during the offseason, adding muscle while maintaining his speed. “I really want a big season for him to highlight himself so he can see that reward on the field,” Tomlin added. “He’s a great athlete and one of the best DBs I’ve coached in a long time.”

Wolfe is a quiet kid with big upside on both sides of the ball. As a sophomore, he received all-state honorable mention at tight end and did solid work at linebacker. Tomlin said Wolfe has a strong understanding of the game and loves the physicality of football. “I’m looking forward to seeing what he can do after getting stronger in the weight room,” Tomlin said. “He’s just a good, fun kid to coach.”

Weber passed for 19 touchdowns (five interceptions) last season en route to second-team all-Mid-Willamette Conference honors. Though on the shorter side at 5-foot-9, Weber excels at the mental aspects of playing quarterback. “For me, the quarterback has to make good decisions — that’s the bottom line, and Cole does that,” Tomlin said. “He’s just that kid; he never misses anything. He’s an old-school three-sport kid who just loves the game.”

Osborne was a strong two-way performer last season, earning second-team all-MWC honors on offense. The Warriors are traditionally a run-first team, and Osborne played a major role in opening holes for ball-carriers. “Gideon is the nucleus of our front,” Tomlin said. “He’s been pretty consistent for us.”

Just like Osborne, Lee is a strong two-way lineman with starting experience. He started at center for most of the 2019 season and earned all-MWC honorable mention. Tomlin said Lee’s nickname is the bulldozer. “He’s got big legs and a big booty,” Tomlin said. “He’s just a big, solid kid who can move guys.”

The juniors are slated to be receiving targets for Weber and contributors on the defensive side. Currey was a second-team all-MWC pick last season, and Tomlin has been impressed with Seibert’s work ethic during the pandemic. “I expect a lot of good things out of those kids because they work real hard,” Tomlin said.

During the summer, Tomlin looked at his potential roster and saw a state title contender. Star running back and linebacker Keith Brown, a four-star recruit and Oregon signee, was set to be the Mid-Willamette Conference’s latest Pac-12-bound superstar. The team had five experienced offensive linemen coming back, a returning starter at quarterback and a deep group of skill position players.

But the fall season was canceled, Brown enrolled early at Oregon and the status of a few other possible returnees is now in question given the confusion surrounding a potential upcoming season.

Luckily for the Warriors, the cupboard is far from bare. Sipos is one of the top players in Class 5A and a true leader on and off the field. Tomlin still believes the offensive line could be the team’s biggest strength, and the depth at receiver could result in a more pass-happy attack this season.

“We should still be able to run the ball with our front,” Tomlin said. “But we have good receivers, so we may be throwing it more than we’re used to.”

Tomlin noted that the Warriors must improve on defense after surrendering 29 points per game last season. If they can, the offense should be talented enough to pile up plenty of wins against MWC foes.

“We’ve always been real solid on offense, and the defense is something we hope to shore up,” Tomlin said. “We’ve lost about 10 percent of our kids (due to the pandemic). If our kids show up, I think we’ll be very competitive.”

“We’re just trying to give the kids some hope. Graduating is the No. 1 thing and sports are second. I’m just frustrated, and it’s not even about sports. It’s really about the kids; my heart breaks for these kids. Just give us something.” — Ty Tomlin