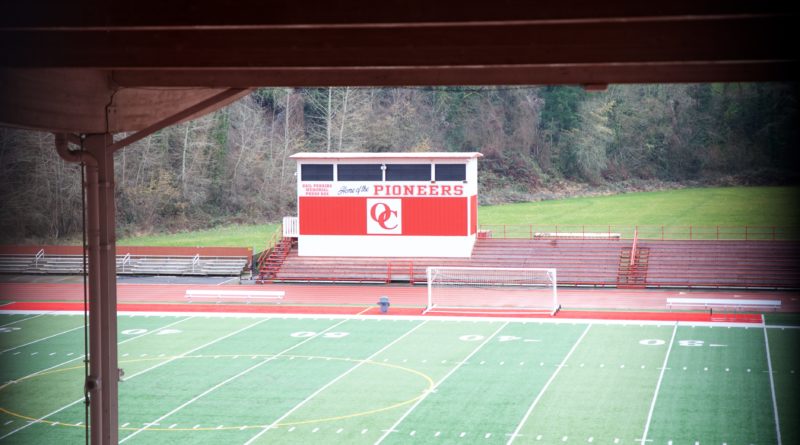 Over the next few weeks, SBLive Oregon will break down every 6A, 5A and 4A football team in the state in anticipation of a six-week season in March and April. Even if the season is postponed or canceled, we will continue to highlight more than a hundred teams and more than a thousand players in Oregon. Here’s our look at the Oregon City Pioneers of the Class 6A Three Rivers League.

Playoffs: Lost 56-9 to Jesuit in first round

Martin completed more than 61 percent of his passes (157 of 256) and threw for 1,834 yards and 16 touchdowns in earning all-league honorable mention as a junior. Janz thought he was ready for a big breakthrough senior season. “He has worked tirelessly on improving his game over this long offseason,” Janz said. “He has the arm to make all the throws, makes great decisions and is fantastic in the pocket. He has added another layer this offseason and will be a threat with his feet when needed this season.” Martin recently signed with Southern Oregon University.

The graduation of the Pioneers’ top two receivers in Green and Canchola means an expanded role for Heath, an honorable mention all-league pick who had 17 catches (four touchdowns) for 218 yards as a junior. He led the team with 3½ sacks. He’ll be listed at receiver but also will spend time in the backfield playing running back and, at times, a single-wing quarterback to maximize his touches. “Jahleel is a special player,” Janz said. “His physical stature and athletic ability will be on display play after play. We are going to be finding creative ways to get the ball in his hands.”

Ferreyra had a solid junior season in earning first-team all-league honors at punter and second-team recognition at kicker. He averaged 35.1 yards per punt, put almost half of his kickoffs into the end zone for touchbacks, and made 5 of 7 field goal attempts with a long of 47 yards. “A difference-maker in the kicking game,” Janz said. “He will make a tremendous impact with his foot, and he’s an amazing athlete. We hope to tap into his abilities on both offense and defense this year as well.”

The second-team all-league selection led the Three Rivers League with 115 tackles (66 solo) last season, and Janz didn’t think he’d come close to tapping his potential. “He is a ball magnet on defense,” Janz said. “He has the knack of getting to the ball and making plays.”

Cloyd earned all-league honorable mention on both sides of the ball, finishing with 38 tackles to rank second on the team among returning players. “Two words describe Lucas: physical and explosive,” Janz said. “On offense, he has a tremendous ability to finish blocks. On defense, he has the ability to completely take over the line of scrimmage.”

Thomas has made as much improvement from his freshman to senior season as any player during Janz’s tenure, and he’s ready to show it on the field after making six catches in a secondary role last season. “Brayden is the smartest young man on our team, a leader by example and willing to do all the little things that will help our team to be successful,” Janz said.

Shaw missed his sophomore season because of an injury, but Janz anticipates him taking over as the No. 1 receiver by the time he’s done at Oregon City. “He has all the skills and talent to become an all-state player,” Janz said. “Joey has the length and ability to go up and get any ball in the air.”

Heitschmidt began last season as a JV regular and ended it starting in the Pioneers’ playoff loss to Jesuit, making two catches. “He’s the quickest player on the team and a player that opponents are going to have to find an answer for, whether it’s on offense or defense,” Janz said. “We expect him to end up being one of the best skill players in the conference.”

Lopez got his first taste of varsity action playing three games in garbage time as a freshman. He’ll continue his apprenticeship behind Martin this spring while also receiving plenty of time in the secondary. “As a quarterback, he sees the field extremely well, and it allows him to anticipate where the ball will be delivered,” Janz said. “He has a knack for interceptions because of that experience. He is lighting in a bottle athletically, so don’t be surprised if he finds a significant role on offense or in the return game.”

The Pioneers rushed for just 771 yards in 10 games last season as they never found a true No. 1 back. Janz believes Jordan solves that dilemma for the next three seasons. “When it’s all said and done, Marcus will be remembered as one of the great running backs that came through our program,” he said. “He has the boost to go the distance every time he touches the ball. He is patient in the backfield, has tremendous vision, and if you let him get going north and south, he will make you pay.”

Hopwood represents the future of the program. He might not receive many snaps given the receiving talent ahead of him such as Heath and Shaw, but by next season, he’ll be part of many three-receiver sets.

Kelly figures to slot into one of the starting linebacker spots and will play in situations when the Pioneers run power and need a fullback or H-back. “He is physical, smart and explosive,” Janz said. “He knows how to run the ball physically, and he can block.”

The graduation of three all-leaguers on the offensive line opens a slot for Hood. Janz believes Hood will develop into an all-leaguer himself sooner rather than later. “He has an amazing work ethic and tremendous upside,” Janz said.

The Pioneers had some exciting pieces last season but not the 1-through-11 depth to regularly compete in the ever-tough Three Rivers League, especially when injuries hit — Janz said at least six players who would have played significant roles suffered season-ending injuries early in the season.

“We played three different No. 1-ranked teams at the time of our game and five teams that made it to the state quarterfinals or better,” he said. “It was not a season that we felt we met our potential.”

Potential sums up what Janz sees in an abbreviated spring season. Oregon City has several seniors who could play at the next level, led by Martin, Heath and Cloyd, but waiting in the wings is what Janz believes is a group that could get the Pioneers to the point where they can compete in every game in the TRL — and with some experience under their belt, begin to win those games.

Martin probably will share time under center with Lopez and sophomore Logan Barnum (6-0, 170), who will have a keen battle over the summer to determine who becomes the starter in the fall.

Hood is the vanguard of a long list of sophomores and juniors Janz believes will step up and take ownership of starting spots along both lines. That will allow Oregon City to reinvigorate a running game that hit its nadir last season, when the Pioneers averaged 77 yards per game and were often left behind the sticks on second and third downs.

“I believe that we are a program on the brink and hope we can play this coming season so that we can gain the experience it would bring us as well as give our seniors a memorable experience.” — Dustin Janz