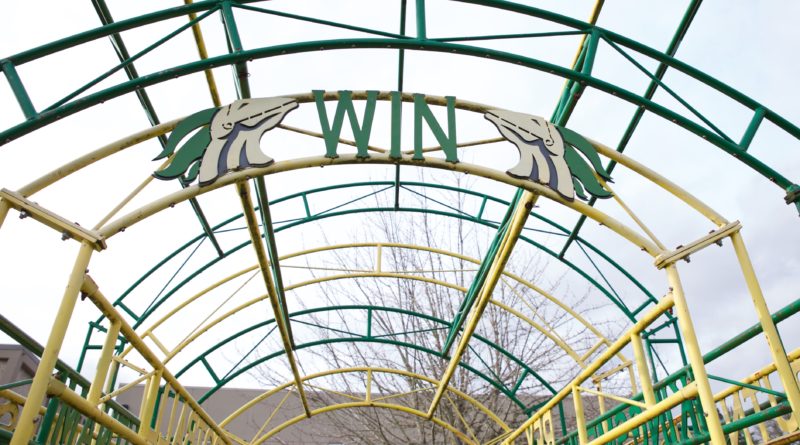 Over the next few weeks, SBLive Oregon will break down every 6A, 5A and 4A football team in the state in anticipation of a six-week season in March and April. Even if the season is postponed or canceled, we will continue to highlight more than a hundred teams and more than a thousand players in Oregon. Here’s our look at the Putnam Kingsmen of the Class 5A Northwest Oregon Conference East Division.

Jacobs called Rainville a jack-of-all-trades. He started a couple of games at running back in 2019 and is getting repetitions at quarterback this season. “We could line him up anywhere on the football field, and he would know what to do,” Jacobs said.

The 6-foot-5, 230-pound Corbus is back after missing the 2019 season with injury. As if making up for lost time, Corbus has displayed what Jacobs called a great motor. “We’re really excited about what he brings to the table,” Jacobs said.

English is expected to contribute at running back and in the defensive backfield. “He showed some flashes for us last fall,” Jacobs said. “We’re excited to see what he does when we suit up in the spring.”

The athletic Balfour has played a variety of positions in his high school career. Even on the offensive line, he can play multiple positions. Putnam will expect Balfour to be the leader of the team’s linebacker group. “He adds flexibility to what we can do,” Jacobs said. “He’s athletic enough to blitz and get after the quarterback but at the same time athletic enough to cover somebody in man-to-man coverage.”

As a sophomore, Schweinsberg earned all-Northwest Oregon Conference East Division honorable mention at center. In addition to continued top-end performance on the offensive line, Schweinsberg will be looked to for a bigger role on defense. “He has gotten himself into tremendous shape,” Jacobs said. “He’s worked on his conditioning and will also be a solid linebacker for us.”

Jacobs sees improvement in Sayre from his sophomore season. “He has a great motor, is a hard worker,” Jacobs said. “You can tell it’s really starting to click for him. He’s a football-smart kid, and he’s going to make an impact on both sides of the ball.”

At 6-5 and 270 pounds, Wright is by Jacobs’ estimation the biggest player in the program. “When you think prototypical offensive lineman, he’s that guy,” Jacobs said. Wright will play more defense this year, Jacobs said.

A starter as a sophomore at linebacker, Brown was all-NWOC East honorable mention at that position last season. Brown also started at quarterback in one game last season on account of injury. “He ended up being our most consistent linebacker as far as grading out last fall,” Jacobs said.

Heslen is a returning starter at safety, and he should have a much bigger workload at running back this season. “He’s a really tough kid, a hard runner,” said Jacobs, who projected Heslen possibly playing fullback in the Kingsmen’s wing-T. “He can be tough and get some good yards that way,” Jacobs said.

Another returning starter in the defensive backfield, Crowe is projected to be Putnam’s No. 1 receiver this season. “He’s another guy who has physically changed dramatically from his sophomore to junior year,” Jacobs said.

Putnam finished 2019 on a high note with a 30-24 victory over St. Helens, the Kingsmen’s second win of the season. Some of the players who were projected to return for their senior seasons have instead graduated early. Although that produced a relatively small senior class, Jacobs has seen some benefits, as early departures opened doors for younger players to emerge earlier than they might otherwise have.

“We would have loved to have had a couple of those guys who graduated early with us, but in the long run, for developing these young men and preparing them for their senior year, it helps us,” Jacobs said.

“Some of the kids who have been stepping up are really closing the gap to what might have been there from a player who graduated early,” he added. “I don’t know how much of a falloff at some of those positions there are.”

No player who was a senior-to-be earned recognition on the all-NWOC East team in 2019.

Juniors will make up the majority of the starting lineup on both sides of the line of scrimmage, Jacobs said.

“We’re really excited about this junior class,” he said.

Early in the year, three players were in the mix at quarterback:

“We’re getting a good look at all three guys,” Jacobs said. “We’re really looking at not only right now, but also for the fall and long term.”

Putnam is coming off consecutive 2-7 seasons. Wins might again be a rare commodity this season, but ample playing time for juniors and sophomores could set up the program for a rebound.

“There’s a feeling of an upward trajectory in terms of the positivity of the program. We’re really positive right now. … We’ve got a great coaching staff. The kids are working hard. Hard to complain about that.” — Tim Jacobs