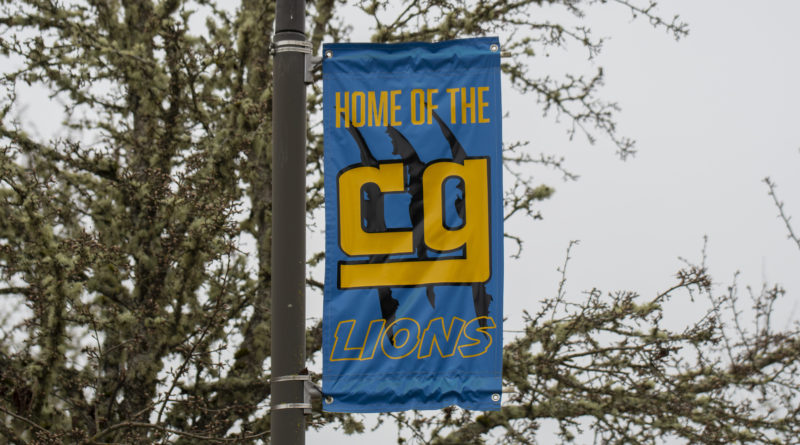 Over the next few weeks, SBLive Oregon will break down every 6A, 5A and 4A football team in the state in anticipation of a six-week season in March and April. Even if the season is postponed or canceled, we will continue to highlight more than a hundred teams and more than a thousand players in Oregon. Here’s our look at the Cottage Grove Lions of the Class 4A Sky Em League.

Hopkins’ strength and work ethic have caught new head coach Joe Polamalu’s attention. “He’s a kid that I look at and, no matter what level I’m coaching at in high school, I need that kid,” Polamalu said. Expect him to play both ways up front for the Lions.

At 6-foot and 190 pounds, Kopachik is plenty athletic, and he could fit in a variety of spots in Polamalu’s system: tight end, slot receiver, linebacker or all of the above. “He’s got good feet, he runs well,” Polamalu said. “He’s someone I’m excited about having out there.”

“I surely need some linemen,” Polamalu said, and one of the big men he expects to count on for the coming campaign is Simons. Look for him in the trenches on both sides of the football. “He’s gonna be a good kid,” Polamalu said. “He works hard.”

Another strong, versatile athlete, Scott has played linebacker and on the line, but Polamalu thinks he’s built like a fullback. “There’s a lot of places we can play him,” Polamalu said. “(He’s) definitely one of those prospects where you walk out there, it’s, ‘Yeah, that’s a kid I need.’” Whatever Scott’s role, it’ll be an important one.

“I call him ‘Country,’” Polamalu said. “He’s a country boy. He’s always coming in with his boots, looks like he’s just getting off the fields working or running machinery.” The lineman has work ethic and toughness in abundance, and Polamalu is excited to see those qualities translate on the field. “I have no doubt he will be a tough kid,” Polamalu said.

A quarterback to be named later

Polamalu took over the program mid-pandemic, had his first parents meeting after the new year and saw his players on the field for the first time in mid-January. Thus, there are more questions than answers in terms of how Cottage Grove will line up, with the biggest question being who will play quarterback.

Polamalu has coached high school football in Oregon for more than 20 years, but this is his first foray into Class 4A, and the circumstances are challenging.

Though just a season separates the Lions from their last playoff appearance, their 2018 play-in victory over Newport is the program’s most recent win. Cottage Grove went 0-8 last season, and Polamalu just recently got a chance to meet his players in person.

There are precious few of those kids to ask — Polamalu said he had 26 players at workouts in January, just seven of them upperclassmen.

“There’s been some tough times at Cottage Grove. I have a feeling it’s a rebuilding time,” he said. “According to the coaches I have that have been here, they’re worried about the numbers.”

As is the case in many rural communities, some of the juniors and seniors who otherwise would have been working out with the football team are instead working to provide for themselves and their families in these difficult times.

Nevertheless, Polamalu is excited. While the coming season could be a tough one, the Lions are building toward bigger things in the near future.

That chance to build is how Polamalu is approaching the upcoming slate of games.

“Getting back on the field always feels good.” — Joe Polamalu