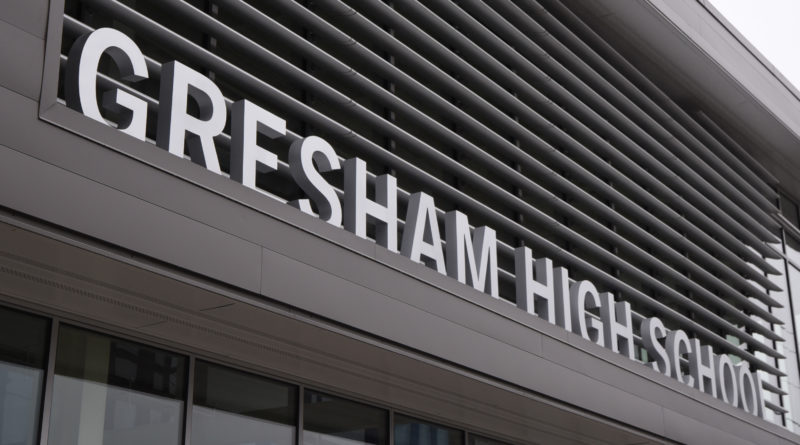 Over the next few weeks, SBLive Oregon will break down every 6A, 5A and 4A football team in the state in anticipation of a six-week season in March and April. Even if the season is postponed or canceled, we will continue to highlight more than a hundred teams and more than a thousand players in Oregon. Here’s our look at the Gresham Gophers of the Class 6A Mt. Hood Conference.

A first-team all-Mt. Hood Conference tight end last season, Evans (6-foot-4, 215 pounds) led the Gophers in receptions (20), receiving yards (381) and touchdowns (five). Exploiting Evans’ attributes will be among Gresham’s offensive priorities this season. “He runs pretty well,” Melton said. “That’s a key for a kid his size. And he’s got pretty good hands. We just have to find a way to get him the ball.”

In addition to playing rugby, Cota is a wrestler. “He understands leverage really well,” Melton said. At 5-11 and 225 pounds, the hard-nosed Cota is more thick than tall. “He’s got a really good first step,” Melton said. Cota started on the defensive line last season and received some time on the offensive front as well. He has even played some fullback, prompting the coach to call him a Swiss Army knife up front.

Gaffney made an impact as a freshman, and Melton thinks his future is bright. “He’s the only kid in my 25 years here who has ever started for us at the varsity level as a freshman,” Melton said. “He’s a super athlete. He could probably line up and play tight end.” Gaffney is 6-3 and about 225 pounds. He has good footwork and the athleticism to also be a basketball player. Melton raves about Gaffney’s appetite for work; the sophomore always wants more, he said.

Kaufman started about half of the games last season and impressed Melton with his imperturbability — the coach called him ready-made from the mental side of the position. A sophomore being so even-keel, playing on a team that struggled to compete with many opponents, convinced Melton that Kaufman has the makeup to do the job. “Nothing fazes the kid,” Melton said. “When you’re a quarterback, and you’re an even-keel guy and you’re able to see big-picture, and you’re able to put bad plays behind you — he has football smarts about him. That’s huge.”

The 6-2, 200-pound Hockert started at center last season and solidified that position. He brings good athleticism to both sides of the line of scrimmage. “He’s one of those kids on both the offensive line and defensive line who will be key for us,” Melton said.

A healthy chunk of Gresham’s key players are offensive linemen, which should bode well for a team that scored eight or fewer points in six of nine games last season. Kaufman gained varsity experience as a sophomore and should show progress in his physical abilities more than a year after the end of the 2019 season.

None of last season’s seniors made the all-Mt. Hood Conference first or second team.

“Wins or losses — that’s going to take care of itself,” Melton said. “I just want to get on the field with the kids.”

Although it’s impossible to project those wins and losses, Gresham appears to have an improved team from 2019.