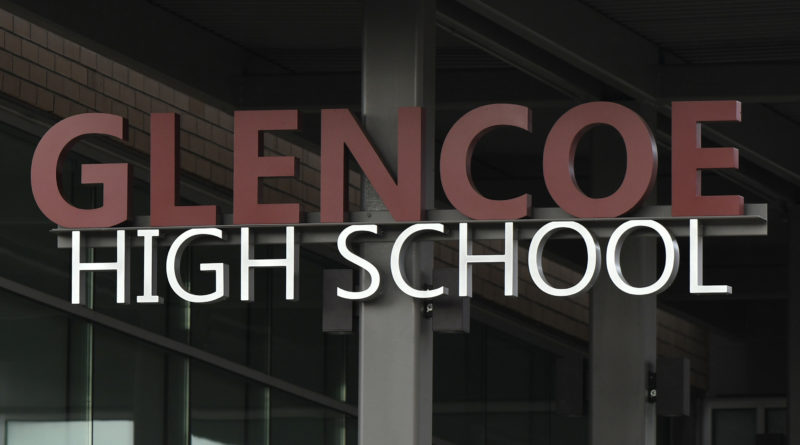 Over the next few weeks, SBLive Oregon will break down every 6A, 5A and 4A football team in the state in anticipation of a six-week season in March and April. Even if the season is postponed or canceled, we will continue to highlight more than a hundred teams and more than a thousand players in Oregon. Here’s our look at the Glencoe Crimson Tide of the Class 6A Pacific Conference.

Playoffs: Lost 19-14 to Barlow in first round

Fasel might be the best player to come through the Glencoe program in a generation. A Day 1 starter as a freshman, he made the all-conference first team at three positions (running back, linebacker and kick returner) last season, and by being the only sophomore voted onto an all-state team (honorable mention defense), he became the first Crimson Tide player to earn all-state recognition since 2010. He led the team with 72 tackles (10 for loss), ran for 1,023 yards and 10 touchdowns, and caught 23 passes out of the backfield. “He has just an amazing work ethic,” Reynoso said. “He’s destroyed his COVID offseason lifting plan — he is the strongest player ever to come through our program. He’s a wrecking ball. He’s been working on reading, reacting, changing direction and his overall strength and durability.”

Sehorn is in a battle with fellow sophomore Cam Stortro (6-5, 200) for the starting job to replace Wilson, who threw for 1,043 yards and five touchdowns and rushed for 301 yards and seven scores in 2019. Stortro projects as the more prototypical pocket passer, but Sehorn enters the competition as the No. 1 after starting on the freshman team, and Reynoso likes how Sehorn owned the position during the fall 7on7 league. “They both performed really well at times in 7on7, but then they had some really youthful mistakes that they made as well,” Reynoso said. “It was just great to have that opportunity to be able to get that stuff squared away a little bit going into any type of season that we have.”

Schlottmann was an honorable mention all-conference tight end who finished second on the team with 28 catches for 227 yards and a touchdown last season, but his future lies as a placekicker. He was a second-team selection, going 21 for 21 on PATs and attending Chris Sailer kicking camps, a national evaluator that has given him a four-star rating, projecting him as a Division II prospect. Reynoso plans to use him as a defensive end or an outside linebacker this season after Schlottmann played inside in 2019. “He has put in such a great offseason,” Reynoso said. “He’s added about 20 pounds and is strong, over that 1,000-pound total we shoot for, but hasn’t lost a speck of speed. He has a ton of potential ahead of him.”

Cox is another player who received all-conference recognition on both sides of the ball last season, leading the team with 39 catches for 378 yards and a touchdown in earning honorable mention at receiver and making 35 tackles (4½ for loss) and four pass breakups at free safety. A four-year starter, he entered the lineup at cornerback in Week 3 of his freshman season and transitioned to safety last season. A 4.0 student and class president, he’s been accepted to the Naval Academy as he awaits word on a West Point appointment. “He will definitely be our top threat at receiver and makes sure that our defense rolls and functions well,” Reynoso said.

Giard started most of his junior season and earned all-conference honorable mention, making 31 tackles, breaking up four passes and recording two interceptions. He committed to Pacific University. “He had a really good fall, and hopefully built some confidence for the season,” Reynoso said.

Nelson became a starter last season and has dedicated himself in the offseason to building strength, adding nearly 40 pounds of muscle while religiously following the workout regimen provided to him. “He has sent me a video of him lifting and running four days a week for the last 32 weeks, which is horribly sad knowing that we haven’t been able to work with our kids for that long,” Reynoso said. “I’m confident he’s ready to be a leader of our offensive front.”

McGlasson has bided his time stuck behind a couple of experienced linebackers but was the JV team’s defensive MVP last season and received playing time in the Crimson Tide’s playoff loss to Barlow.

Reynoso called Meyers the team’s most improved player over the course of last season. He went from a player who wasn’t considered varsity material to a key performer, making plays all over the field and earning a starting spot, finishing with 28 tackles (four for loss). “He’s a fantastic guy to have coming back,” Reynoso said. “I’m looking forward to seeing what he can do this year.”

The Crimson Tide made the postseason for the first time since 2013 last season, going 3-0 against their Hillsboro School District rivals to win the unofficial city championship, and nearly rallying from a 19-0 deficit to knock off Barlow, which reached the state semifinals.

“We took some very large steps last season, but we still have a long way to go,” Reynoso said. “I feel that we can duplicate last year’s success and build upon it.”

The key to their success in 2019 was improving a defense that nearly sliced in half its points-per-game average from 36.8 to 19.9, and that improvement figures to continue led by Fasel, the program’s first all-state selection in nearly a decade, and a linebacking corps that returns two other starters and is set to add McGlasson, who already would have started for many other teams.

On offense, Glencoe has a young group of skill players, with a big decision to make at quarterback. Sehorn and Stortro bring different talents to the table, and whoever wins the job will set the tone for what the offense looks like for the next two seasons, with the other likely to shift to slot receiver.

“The kids are realizing what they’ve lost in the pandemic, and I feel like when we get back to it, the players have been working really hard for this opportunity. We talked about how you don’t want to be the guy who let seven months go by and you don’t do anything, and you lose everything you have, and we get destroyed in the five games we get. And for the most part, they’ve done a good job staying in shape and keeping themselves ready for a football season.” — Ian Reynoso