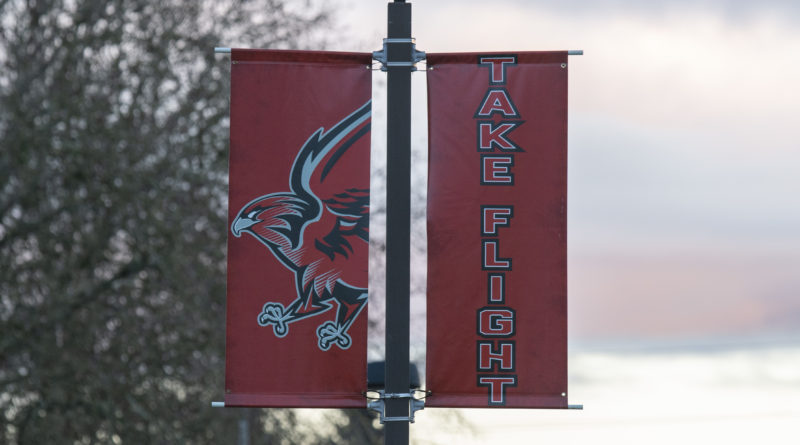 Over the next few weeks, SBLive Oregon will break down every 6A, 5A and 4A football team in the state in anticipation of a six-week season in March and April. Even if the season is postponed or canceled, we will continue to highlight more than a hundred teams and more than a thousand players in Oregon. Here’s our look at the South Albany RedHawks of the Class 5A Mid-Willamette Conference.

A two-way all-Mid-Willamette Conference honorable mention recipient as a junior, McCormick is a sturdy, undersized lineman for the RedHawks. Louber said McCormick provides leadership both vocally and by example on a team with many sophomores and juniors. “He is Mr. Dependable,” Louber said. “His attitude and effort is something I’m looking forward to the younger kids learning from.”

Seiber started at tailback as a freshman and earned all-MWC honorable mention on offense and defense last season. The junior will play both ways again this season and is one of the most experienced players in the program. “Tyler has excellent vision and lightning-fast acceleration,” Louber said.

Another junior who played a major role as an underclassman, Jones made all-MWC honorable mention at wide receiver last season. He is a vocal leader with terrific hands, Louber said. “He runs excellent routes and is one of the most competitive kids on the team,” Louber added.

Only a sophomore, Younger is South Albany’s projected starter at quarterback entering the season. He is the son of former RedHawks coach David Younger, now an assistant coach at Willamette University. “Kaden has great vision, a great mind for the game, a superb arm and has the makings of a collegiate-level quarterback,” Louber said.

Cobb was promoted to the varsity team as a freshman and was an all-MWC honorable mention recipient on offense last season. Louber said Cobb, a two-way starter as a sophomore, has the ability to play any position on the offensive line. “He’s got a big body with excellent feet,” Louber said. “He’s also a hard worker.”

It’s been a tough couple of seasons for the RedHawks, who won Mid-Willamette Conference titles in 2015 and 2017 with a state quarterfinal appearance. South Albany finished 2-7 in 2018 and 2019, suffering numerous injuries along the way in a balanced conference.

Head coach David Younger resigned after last season and was replaced by Louber, a South Albany graduate who served as Younger’s defensive coordinator the past five seasons. Louber was part of three state championship teams while coaching under Randy Nyquist at West Albany.

Louber did have the benefit of being a known face to most of the players, but taking over a program during a pandemic has not been easy. Trying to establish a team culture remotely is not the same as being in a locker room or on the practice field.

“It’s been a rollercoaster, lots of highs and lows,” Louber said. “The kids, their families, our administration and my coaching staff have all been amazing. We understand that this year is quite different in so many ways, but all of us have the same mission to get kids competing again.”

The RedHawks are a young team on paper, but many sophomores and juniors have ample experience at the varsity level.

On offense, South Albany will be running a flexbone veer option scheme that differs from most offenses in the MWC. The RedHawks should have continuity on defense with Louber at the helm, but they must improve upon last season’s conference-worst scoring defense of 39 points allowed per game.

If South Albany can stay healthy and get its new offense implemented, the team could be a tougher out than expected this season.

“I’m just really looking forward to sending our seniors off the right way,” Louber said, “being able to compete alongside the people they have been doing so with since they were little.”

“We have a small but strong senior class that are excited to be back out on the field and a lot of younger kids that are anxious to earn a varsity spot next to them. We are installing a new offense, so everyone, regardless of grade level, is all learning it together. I feel like this commonality has brought the kids closer together.” — Jeff Louber