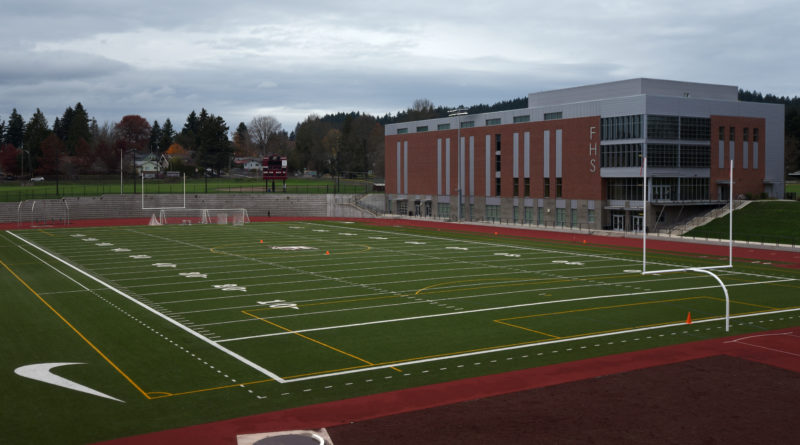 Over the next few weeks, SBLive Oregon will break down every 6A, 5A and 4A football team in the state in anticipation of a six-week season in March and April. Even if the season is postponed or canceled, we will continue to highlight more than a hundred teams and more than a thousand players in Oregon. Here’s our look at the Franklin Lightning of the Class 6A Portland Interscholastic League.

Rickard was second-team all-Portland Interscholastic League at wide receiver last season. “He definitely goes up and gets the 50-50 ball,” Thompson said. “He’s a guy we want to get the ball to.” On defense, the 6-foot-2, 205-pound Rickard will be a hybrid strong safety/outside linebacker.

After playing cornerback last season, Magallanes will be a significant part of the defense there and at safety. Playing Magallanes at both positions addresses the team’s depth and gives the Lightning greater flexibility in game-planning. He was second-team all-PIL as a defensive back last season. Thompson called him a natural leader. “He’s so important, he’ll never come off the field on defense,” Thompson said.

Barrett will play left tackle on offense and play a role on defense. “He’s been putting in the work,” Thompson said, praising Barrett’s smarts and coachability. “He moves well for his size.”

Umtuch didn’t play football last season, but Thompson said he bought in early to the new coaching staff’s program. The team expects Umtuch to contribute as a slot receiver and to rotate in at cornerback and safety. “He’s a good athlete and has a natural feel for things,” Thompson said.

The twin brothers have paid the price in the weight room and are expected to contribute significantly on both lines. “They’re face-in-the-fan type of guys,” Thompson said, praising their “whatever it takes” approach.

Thompson called Beltran Martinez and Galvez two of the smartest players on the team. Beltran Martinez is projected to play safety, running back and some slot receiver. “We’re going to want to get the ball in his hands,” Thompson said. Galvez is ticketed for a fullback spot on offense in addition to playing a more prominent role on defense.

Redlock (5-foot-9, 212 pounds) is expected to play center or guard. “He’s starting to move very well,” Thompson said, adding that he is a sophomore to keep an eye on.

On both sides of the line of scrimmage, the 5-foot-11 Porter will be relied on for contributions after a solid sophomore season. “He has good size,” Thompson said. “He moves very well for his body type and picks things up well.”

Expected to be a two-way starter, the 6-foot-2, 200-pound Jampa can make an impact — whether as a physical force off the edge or as an offensive tackle. “He’s a good-size kid who moves very well,” Thompson said. “He could probably be a tight end in a different offense — and be a pretty good one.” Thompson added that Jampa has a high ceiling for his football future.

Although looked at more for offense (at outside receiver or slot receiver) than defense, Parker-Lisk should contribute on both sides. “He’s going to have a big role for us this year,” Thompson said. “He’s done a lot of work on his own, training and working out. He’s very coachable and one of our best route runners.”

After using a run-oriented offense last season, Franklin intends to spread the field more under Thompson.

“We’ve got a lot of receiver-type bodies,” Thompson said, so that type of offense more fits the personnel.

“He has everything you want in a high school quarterback — as far as attitude, coachability and even from a team-leadership and GPA standpoint,” Thompson said. “I probably couldn’t have fallen into a better kid coming in (as a first-year coach), which is more important than some of the physical attributes, actually.”

“I can’t say enough about the strides he has taken,” Thompson said.

The Lightning were 1-8 last season, the victory coming over winless Madison of Northeast Portland. The closest of the eight losses was by 17 points, and five were by at least 40 points. But Thompson is looking for improving the foundation first rather than focusing on the scoreboard.

“We’re looking for improvement in effort, attitude and IQ and the product we put on the field,” he said.

In a coaching career that includes professional stints in Europe and in the XFL, Thompson also has experience in the PIL. A former player at and a graduate of Lincoln in Southwest Portland, Thompson seems well-suited to trying to shore up an urban-school renewal program.

This season — with a new coach, new offensive system, new starting varsity quarterback — wins figure to be rare. But getting the program on solid footing and headed on an upward trajectory seems attainable, and such progress would represent success for the Lightning.

“I’m not focused on wins and losses. I’m focused on the players reaching their full potential, and collectively that’s going to raise the bar for the group.” — Jesse Thompson