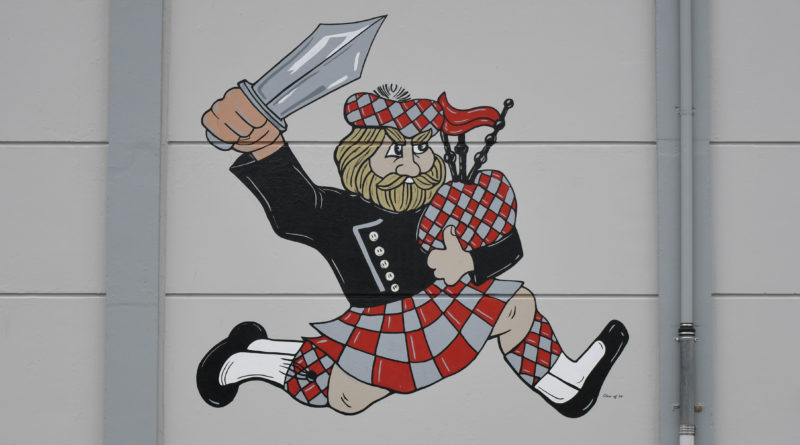 Over the next few weeks, SBLive Oregon will break down every 6A, 5A and 4A football team in the state in anticipation of a six-week season in March and April. Even if the season is postponed or canceled, we will continue to highlight more than a hundred teams and more than a thousand players in Oregon. Here’s our look at the David Douglas Scots of the Class 6A Mt. Hood Conference.

The Scots will want Hamann on the field as much as possible. He backed up Dakota Lohmeier at quarterback last season, led the team in tackles and came through as a kicker (he booted a 35-yard extra point in the season finale against Centennial to send the game to overtime). Hamann earned honorable mention on the all-Mt. Hood Conference team as a defensive back last season. “He’s very athletic and a threat to run on any play,” Szueber said.

As a sophomore, Poulshock was the team’s second-leading rusher (411 yards, 9.3 yards per carry, three touchdowns) and regularly contributed in the passing game. “He was one of our top offensive players with his speed and power — he is a stud wrestler, too — a threat out of the backfield on passing plays, too,” Szueber said. Poulshock was all-conference honorable mention as a kick returner as well, returning one for a touchdown, and he had three interceptions.

This season will be Cashdollar’s third as a starter on the offensive line. Szueber called him “one of our most improved and steadiest linemen.”

Toloke is another three-year starter and was all-Mt. Hood honorable mention as a sophomore. At 6-foot-3 and about 335 pounds, “He is a force on the lines,” Szueber said.

Collins earned honorable mention all-Mt. Hood as a sophomore in basketball. “He is perhaps the most athletic player on the team,” Szueber said. Collins received a handful of carries last season and scored two touchdowns. This season looks like his time to take the leading role in the running game. “He’s capable of being a 1,000-yard rusher this year,” Szueber said.

Szueber called Brown the team’s most athletic lineman. Brown (6-foot-2, 248 pounds) played on both sides of the line of scrimmage last season. He can shed blocks and pursue the quarterback.

When injuries hurt the Scots deep into last season, Laban stepped into the breach at fullback and linebacker and drew praise from Szueber. In the finale against Centennial, Laban caught the touchdown pass to make it a one-point game with seconds left — and triggered the celebration penalty that forced Hamann to kick from 35 yards. Laban “performed well in his roles,” the coach said. “He could be a two-way starter this year.”

Szueber expects the Scots to progress from last season, when they were 4-5 in his first season coaching at the Southeast Portland school. Though Hamann will be a first-year starter at quarterback, Szueber said he is athletic, has a strong arm and is a threat to run the ball.

“This is the second year running our offense,” Szueber noted, “and we averaged over 35 points per game last year, so the sky is the limit.”

The other side of the line of scrimmage continues to be an area of emphasis after David Douglas allowed more than 30 points per game — but that was down from 42 points per game the season before, a 2-7 campaign.

“We should be better defensively this year as we will be more athletic than last year,” Szueber said. “The defense has the greatest chance of improving this year with more athleticism at linebacker and overall.”

The 2019 season ended on a dramatic high note for the Scots with the last-second comeback and overtime victory. That finish might have been a springboard for the program, as 40 freshmen — up from 34 last season — have signed up, and Szueber is hoping for a turnout of more than 100 across all grades in the fall.

More wins, more players … the signs appear to be pointing in a positive direction for David Douglas.

“We will be a little young this season but should be much more mature by the fall. Very positive situation for our program.” — Cal Szueber