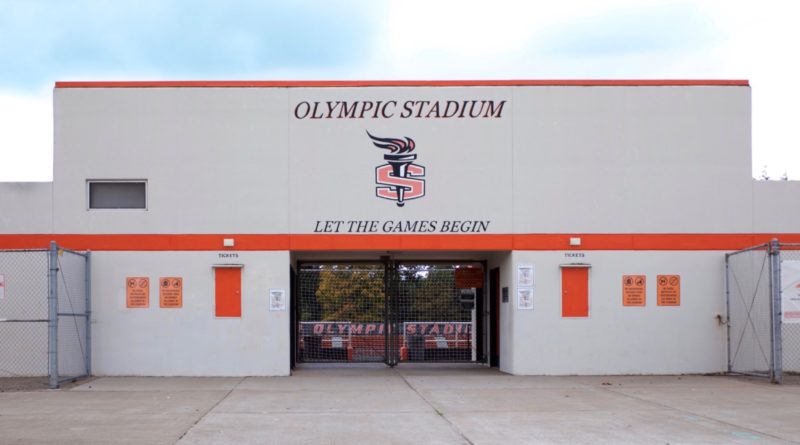 Over the next few weeks, SBLive Oregon will break down every 6A, 5A and 4A football team in the state in anticipation of a six-week season in March and April. Even if the season is postponed or canceled, we will continue to highlight more than a hundred teams and more than a thousand players in Oregon. Here’s our look at the Sprague Olympians of the Class 6A Mountain Valley Conference.

A first-team all-Mountain Valley Conference selection on the defensive line as a junior, Kievit is an imposing two-way lineman who recently received a scholarship offer from Western Oregon. Kievit has ideal size (6-foot-3, 270 pounds) and improved his explosiveness during the offseason. “He is a diehard football kid,” Minyard said of Kievit, who has started since he was a sophomore. “He loves football and loves competing.”

VanKempen was an impact player at free safety last season and made second-team all-MVC on offense at wide receiver. Minyard believes VanKempen has the potential to play at the small-college level. “I see him as a first-team all-league guy,” Minyard said. “He has great leadership — his leadership skills are off the charts right now.”

Rodriguez started every game at safety as a freshman and is likely to play both ways this season. “His talent and skill set is off the charts,” Minyard said. “He’s going to be a really good one. By the end of this season, I think a lot more people will know his name.”

Bullock was Sprague’s top running back a season ago before suffering a season-ending knee injury. Minyard said Bullock has made a complete recovery and looks faster and stronger as a senior. “Up until he got hurt, he was our standout on offense,” Minyard said. “He’s a real tough runner and he worked hard in the offseason. I expect him to come out of his shell this year.”

Another lineman with two years of starting experience, Hassoun received all-MVC honorable mention on defense as a junior. Minyard believes Hassoun could be a two-way first-team all-conference honoree this season. “He is that kind of good,” Minyard said. “He is really going to be a college baseball guy, but he’s in great shape, runs well and is super explosive.”

Smith and Hassoun are locked in a tight battle to be the starting quarterback. Minyard said the two have been neck-and-neck throughout the offseason. “They are both well-rounded kids who run well with pretty strong arms,” Minyard said. “They are really smart kids, great students, and they both love football and competition. We feel like they both could play for us.”

After consecutive two-win seasons, few coaches were as excited about the 2020 fall season as Minyard. The Olympians had 17 of 22 starters returning and a diverse roster full of promising skill position players and linemen. Competing for a league championship and a postseason victory or two appeared to be achievable goals for Sprague.

“And of course this happens the year we finally get things going on the right track,” Minyard said. “But we certainly have a pretty good crew.”

The Olympians possess excellent team speed across the board and have four returning starters in the trenches. Along with Brett Hassoun and Kievit, Minyard expects major contributions from seniors Sylvio Letey-Moore and Jacob Bos.

“We have got a lot of dudes back up front,” Minyard said. “We were young and had a tough schedule the past two years, and those guys have been through the battles.”

Regardless of who wins the quarterback job, Sprague should be set up to have plenty of success on offense. The team must improve upon last season’s MVC-worst scoring defense of 42.3 points allowed per game, but the Olympians have enough returning pieces at all three levels to be much better.

“I really do hope we get a chance to play because … we’ve got a great group of seniors back,” Minyard said. “We have a lot of kids who did personal training and got better, and they are champing at the bit.”

“I think every year we want to go into it and try to win a league and state title. This year, we just want to win as many games as we can.” — Jay Minyard