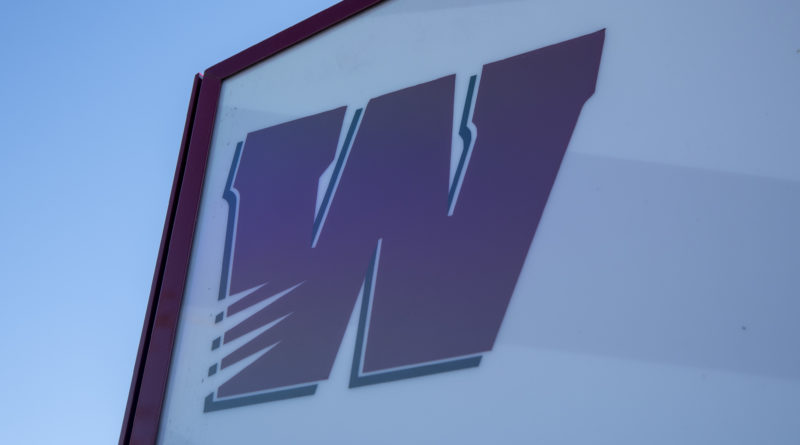 Over the next few weeks, SBLive Oregon will break down every 6A, 5A and 4A football team in the state in anticipation of a six-week season in March and April. Even if the season is postponed or canceled, we will continue to highlight more than a hundred teams and more than a thousand players in Oregon. Here’s our look at the Willamette Wolverines of the Class 5A Midwestern League.

Hensley is entering his third season starting on the Wolverines’ offensive line — an impressive feat considering he hadn’t played organized football before high school. He’s certainly built for the job at 6-foot-3 and 300 pounds and with plenty of agility, but his work ethic is the reason he’s truly excelled. “One of the biggest things is his determination to get after it in the weight room and in the offseason,” Wolfram said. “He’s a student of the game and he’s come a long way.”

Indell has been making an impact for Willamette since his freshman year. He’s always been a defensive stalwart, but he also spent time at running back last season and made the most of it with nearly 1,000 yards. “He gets the game, he loves to compete,” Wolfram said. “He’s one of our more physical players.” Indell isn’t just a brute — he posted a 4.7-seconds time in the 40-yard dash during fall workouts. Look for him wherever the ball is — and in conversations about the league’s most dominant players.

Bushnell has played all over the field at the varsity level his first two seasons — free safety, strong safety, outside linebacker and slot receiver. Wolfram said his role should expand on offense as a big-play threat. “He’s one of those natural athletes,” Wolfram said. The challenge will be managing his workload, the coach added, as Bushnell really can do it all.

Basinger also will see his role in the offense expand as he becomes one of the team’s primary receivers. At 6-foot-2 and with plenty of go, he profiles as a prototypical big-play pass-catcher. “Prestyn is a speedster,” Wolfram said. “He can threaten the field vertically for us.”

Bendele has been a leader by example for quite a while. Wolfram is hopeful that Bendele will take on a bigger role as the captain of the Wolverines’ defensive backfield. “Connor’s one of the most intelligent players,” Wolfram said. “We’re going to try to get him to come out of his shell and be a vocal leader out there.”

Nelson is one of two candidates to start under center. Wolfram said he’s a big-brother figure in the program, with serious football smarts and as reliable as they come. “Lane’s always been Mr. Consistent,” the coach continued. “He doesn’t miss anything, ever.”

Woodcook is a natural soccer and baseball player who did not play football when he came to high school. Wolfram spotted his athleticism and told him that if he ever wanted to give football a try, the door was open. “He decided to come to take a chance,” Wolfram said, and Woodcook ended up starting the Wolverines’ final two games of 2019 at quarterback. While less experienced than Nelson on the gridiron, Woodcook’s mobility in the pocket is an advantage as he competes for the starting job.

Willamette has been on a steady upward trajectory, and there’s no reason to think that would have been interrupted had the 2020 season been played under normal circumstances. Wolfram believes his defense — particularly a solid cadre of linebackers, led by Indell — would have made the Wolverines very competitive in the race for the Midwestern League title.

“They want to be where the ball is, and that can be contagious,” Wolfram said.

Factor in the seven returning starters from an offense that helped lead Willamette to the team’s best record in the past three years, and Wolfram’s prediction seems plausible — and a playoff appearance even more so.

Without an opportunity to chase a league championship, Wolfram is looking at the upcoming season through two lenses. The first is an opportunity to celebrate the seniors who have helped propel the program forward and who will be getting one final chance to show their mettle.

“If we get to play football, these seniors have been on a yo-yo, we really need to celebrate them,” Wolfram said.

The second priority will be the development of those who will remain next fall. Wolfram views the shortened season as something akin to spring ball in college, with the hope that the relatively short turnaround to a (hopefully) normal fall 2021 season will help the experience carry over.

“It’s really a developmental piece for the younger kids,” he said. “Whatever it’s going to be, it’s going to be. You kind of have to roll with the punches because one week, you might lose a kid due to COVID or something, and we’ve got to be able to not necessarily worry about the wins and losses — they’ll take care of themselves.”

Wolfram has been very impressed with his players, who have made the best of challenging situations throughout the pandemic.

“Kids are more resilient and more mature than a lot of people give them credit for,” he said. “When we told them, ‘We have to play with masks on, we have to keep them on at all times,’ we didn’t have a lot of pushback because kids just want to be out there playing. They’re going to do whatever safety protocols we have to put in place.”

“I’m more excited than the kids are because I’ve been doing this at the high school level for 15 years and this is the most disconnected I’ve ever been.” — Josh Wolfram