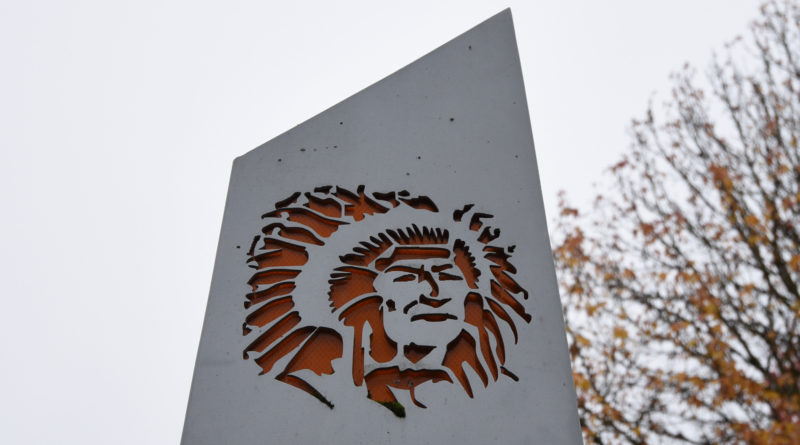 Over the next few weeks, SBLive Oregon will break down every 6A, 5A and 4A football team in the state in anticipation of a six-week season in March and April. Even if the season is postponed or canceled, we will continue to highlight more than a hundred teams and more than a thousand players in Oregon. Here’s our look at the Scappoose Indians of the Class 5A Northwest Oregon Conference West Division.

Playoffs: Beat Pendleton 23-14 in first round; lost 48-14 to Silverton in quarterfinals

Sandstrom, who is 5-foot-11 and 265 pounds, is one of the anchors on the lines. He was second-team all-Northwest Oregon Conference West at guard and on the defensive line as a junior, and he is a standout wrestler. “He’s low to the ground, knows how to use his leverage,” McNabb said. “He’s incredibly strong. … If he gets his hands on you, you’re in trouble.”

First-team all-NWOC West at offensive tackle as a junior, Vanek has speed that belies his 6-4, 260-pound body. “He’s one of the faster guys on the team,” McNabb said, adding that if Scappoose had enough offensive linemen, Vanek probably would play tight end or H-back. Vanek was honorable mention all-NWOC West as a defensive lineman last season.

Johnson (6-foot-2) featured regularly in Scappoose’s passing game last season and posted a four-catch, 96-yard game in Week 5 at St. Helens. He’s also expected to receive playing time at strong safety this season. “I look for him to have a really good year,” McNabb said. “He’s really good at going up and getting the football. He’s gotten faster, too. He has the ability to be a deep threat.”

Lukas McNabb, son of Sean McNabb, split time at quarterback as a sophomore, completing 57 percent of his passes and throwing for four touchdowns. He ran for two scores. His body has transformed from earlier in his high school career into a 6-3, 190-pound frame. “He has the ability to really stretch the field,” Sean McNabb said.

This quartet is part of a skill-position unit that has McNabb excited about what Scappoose can do in the passing game this season — and, in light of the junior status of several of them, next season as well. “I think our strength this year is our skill positions,” McNabb said.

A broken ankle suffered in the spring of his sophomore season derailed Smith from possibly starting at running back in 2019. He returned for the second half of the season and ended up as the team’s third-leading rusher and earned all-NWOC West honorable mention at running back. McNabb said Smith has used his time during the pandemic to improve as a player. “He runs hard and has good speed,” McNabb said, “and he catches the ball out of the backfield, which is something he’s worked on.”

In addition to playing on the defensive line, Archer, Bates and Verbout have a chance to start up front on offense to play alongside Sandstrom and Vanek.

Kauffman and Krieger are possibilities to play H-back on offense. Both started at inside linebacker last season. Kauffman registered 4.5 tackles for loss in 2019, second among Scappoose returners (Vanek had 6.5).

Though underclassmen, Becker Macedo and Dieringer are expected to be contributors at the varsity level. “They have a shot at playing a lot and maybe even starting for us,” McNabb said.

Scappoose has handled its reclassification from 4A to 5A with success. In both seasons as a 5A school, Scappoose has made the OSAA quarterfinals.

With no playoffs, making a third consecutive quarterfinal won’t occur this season. Regardless of whom Scappoose plays, expect more of a pass-oriented offense.

“Last year, we had one of the better offensive lines we’ve ever had,” 22nd-year coach McNabb said. “We were really, really good at running the football, and our quarterback was a good runner. We built a lot of stuff for him.”

This season, McNabb looks to the skill-position players for production.

Johnson was the team’s third-leading receiver last season (the top returner), and Lukas McNabb appears ready to take over as the No. 1 quarterback.

“I really feel like these next two years we’ll have the ability to throw the ball around the field a little bit,” McNabb said. “Our current sophomores and juniors are a pretty talented group.”

Even without knowing Scappoose’s schedule, it’s probably safe to project a continuation of the program’s trajectory seen in the past two seasons.

“I think we definitely have some quality guys.” — Sean McNabb