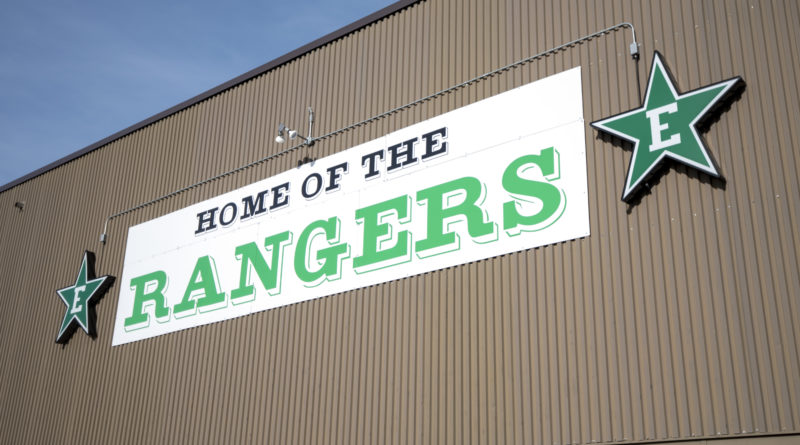 Over the next few weeks, SBLive Oregon will break down every 6A, 5A and 4A football team in the state in anticipation of a six-week season in March and April. Even if the season is postponed or canceled, we will continue to highlight more than a hundred teams and more than a thousand players in Oregon. Here’s our look at the Estacada Rangers of the Class 4A Tri-Valley Conference.

“He’s our classic guard. We call him a road grader. He’s just that guy,” Mott said, noting that Estacada runs the veer offense. “He’s the guy we’re looking to follow. He’s one of our go-to guys if we’re looking to run between the tackles.”

Gotchall is solid on defense, too.

“He’s tough to move,” Mott said. “He’s going to be a plugger, opening space for our linebackers.”

A young star, Nacoste started both ways as a freshman. That’s a first for Mott.

Nacoste is solid on both sides of the ball, but his coach said he is particularly special on defense.

“He makes plays all over the field,” Mott said. “I’m excited to see where he’s going to be in the coming years.”

On offense, he is a fullback, the fast, physical guy who can go between the tackles while the Rangers run their triple option. Behrman rushed for more than 250 yards in the play-in victory over Sweet Home.

“Jake’s physical, but if he gets in the open field, he can make moves, as well,” Mott said.

Schaffer took over as quarterback in 2019 and had an “awesome” season, according to Mott.

“We moved a past running back into our quarterback. We want our best athlete with the ball in his hands,” Mott said. “He’s a weapon because he can throw and run. He’s dangerous when he gets his legs going.”

Schaffer loves playing defense, too — so much so that the coaches have “to fight to keep him off the field” because, well, he’s the quarterback.

“If he had his way, he’d never come off the field,” Mott said.

When a player is described with that many positions, you know he’s special. Estacada will put Lang in several spots on offense.

“Probably would have been all-league,” Mott said of last season, but Lang tore an ACL in the second game.

“He’s rehabbed, and he looks awesome,” Mott said of the 6-4, 210-pound multisport athlete. “He’s a great receiver and probably one of the smartest kids on our team. He wants to give it his all on every play. We’re super excited to have him back.”

Still, there are expectations.

“We’d definitely like to win league, if you call it that this year,” Mott said. “We have a great opportunity to do so. We were close last year, had some tough losses. Our kids are hungry and would like to compete for a league title.”

Still, Mott understands this season, if there is one, would mean so much more than whatever the standings will show.

“I’m not as concerned about trying to win league,” he said. “My biggest hope, I want to get some game time. I want younger kids to get experience. I want our older kids to have the opportunity to play. Hoping we get to take the field this spring.”

Mott said he has been around other football programs as an assistant coach, and nothing really compares with Estacada.

No fall season was a downer, naturally. And even if there are no fans, Mott wants some game action this spring for the fans to talk about, to be proud of the players for putting so much into this extended offseason without knowing whether games would be played.

“Football means everything to the community,” Mott said.