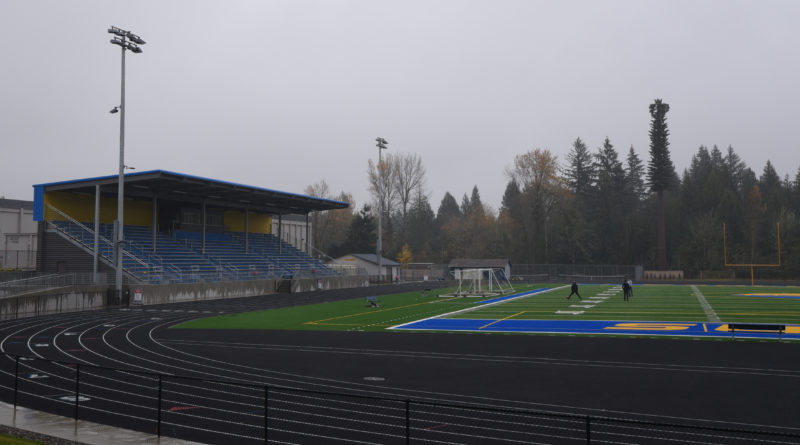 Over the next few weeks, SBLive Oregon will break down every 6A, 5A and 4A football team in the state in anticipation of a six-week season in March and April. Even if the season is postponed or canceled, we will continue to highlight more than a hundred teams and more than a thousand players in Oregon. Here’s our look at the Barlow Bruins of the Class 6A Mt. Hood Conference.

Playoffs: Beat Glencoe 19-14 in first round; beat Sheldon 26-24 in second round; beat Mountainside 20-16 in quarterfinals; lost 35-7 to Central Catholic in semifinals

The Bruins’ leading returning receiver, Baggs had 39 receptions for 431 yards last season, including an eight-catch, 114-yard game against Sandy and five catches for 87 yards in the Class 6A semifinal against Central Catholic. Baggs was a two-way starter last season.

Kane started last season at tight end and had what Koenig called a great offseason of development. The 6-foot-1, 205-pound Kane had 21 catches last season, averaging 11.5 yards per reception, with three touchdown catches.

The 5-foot-7, 150-pound McKenzie regularly featured in the Bruins’ passing game last season, with a season-high five receptions in Week 4 against McNary. Koenig said McKenzie had a great offseason. “We expect him to have a large role,” the coach said.

Calcagno is projected to be the Bruins’ starting quarterback, succeeding three-year starter Jaren Hunter. Koenig calls the 5-10, 160-pound Calcagno a dual-threat quarterback, which continues a trend from Hunter’s senior season (496 yards and 11 touchdowns rushing). On defense and special teams last season, Calcagno contributed in various ways. In Week 7, he had two interceptions, returned a kickoff for a touchdown and recovered a fumble, in addition to being in on three tackles — his average for the season.

Collins is the Bruins’ leading returning tackler and directed the defense that allowed the fewest points in the Mt. Hood Conference (20 per game). He tied for the team lead with three fumble recoveries and earned all-Mt. Hood honorable mention at linebacker. On offense, Collins will play fullback.

After splitting time at running back last season, Fay is projected to be the Bruins’ primary ball carrier this season. He had a season-high 93 yards on 10 carries in Week 4 and averaged 5.5 yards per rush last season. “He had a great offseason of development,” Koenig said.

Last season, the Bruins of Gresham played in a Class 6A OSAA semifinal — a stage of the playoffs they hadn’t reached since 1991.

After Terry Summerfield stepped down as head coach after 22 seasons in the position, Barlow hired David Kilpatrick-White, who had recently left the head coaching job at Wilson in Southwest Portland.

Kilpatrick-White had his contract rescinded in the fall. He was found to have violated Gresham-Barlow School District safety guidelines by holding football workouts during the pandemic, according to OSAAtoday. Koenig, an assistant on the Barlow staff the past three years, was hired as interim head coach.

Adding to the variables for the Bruins this season is the turnover from the 2019 semifinal squad. After losing 22 seniors, ramping up for the next season has been hampered by limits on in-person workouts.

“It’s a credit to the kids they have refused to be discouraged,” Koenig said. “Even when other teams were meeting and working out, our group did everything they could to stay ready for a return to play.”

Barlow’s losses from 2019 were deep and wide. Four departed players were first-team all-Mt. Hood Conference, a number that presumably was dimmed by the presence of state champion Central Catholic and its top players on the all-conference rolls.

“After graduating 22 seniors, there will be lots of competition for filling those vacated roster spots,” Koenig said. “We need our linemen on both sides of the ball to step up. This is where we were hit hardest by senior graduation.”

How well the Bruins replace Hunter also will be a factor in the on-field success. But Barlow has had turnover before and usually ended up in the mix near the top of the standings. With more than 80 players participating in virtual workouts and installation sessions, the Bruins appear to have the foundation for continued success.

“Our team wants to keep the momentum built from last year’s 6A state semifinal appearance. Obviously, this year has presented a lot of challenges … for everyone.” — Chris Koenig