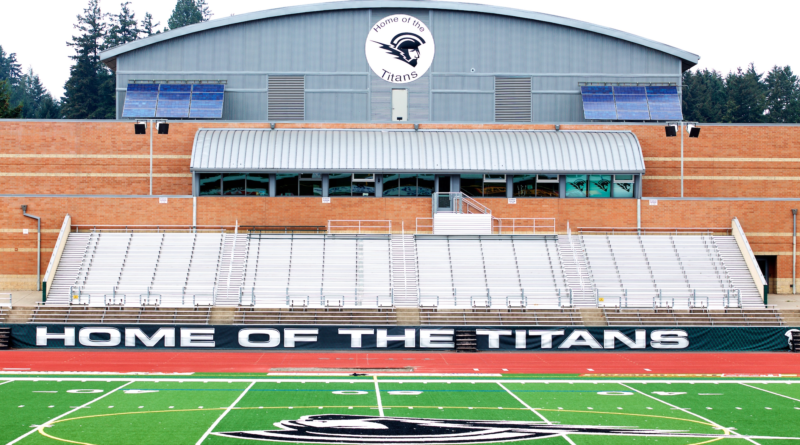 Over the next few weeks, SBLive Oregon will break down every 6A, 5A and 4A football team in the state in anticipation of a six-week season in March and April. Even if the season is postponed or canceled, we will continue to highlight more than a hundred teams and more than a thousand players in Oregon. Here’s our look at the West Salem Titans of the Class 6A Mountain Valley Conference.

Checking in at 6-foot-3 and 225 pounds with a strong arm, Lowery is the complete package behind center for West Salem. He passed for 1,813 yards and 17 touchdowns as a junior first-year starter, earning first-team all-Mountain Valley Conference honors. Lowery is rated a two-star prospect by 247Sports and holds scholarship offers from Linfield and Pacific. “Jackson is a stud and a great place for us to start,” Stanley said. “He is also a 4.0 student.”

Also a two-star prospect according to 247Sports, Whipple is an imposing 6-foot-4, 280-pound lineman who signed with Division I Northern Arizona in October. Whipple missed a large chunk of his junior season with an MCL sprain but is healthy and raring to go as a senior. “He is very athletic,” Stanley said. “A 4.0 student and an awesome guy.”

Garcia started as a junior and proved to be a capable back in the Mountain Valley Conference, rushing for 1,015 yards and 10 touchdowns. The 5-foot-10, 175-pound Garcia made second-team all-MVC on offense and earned honorable mention on defense at safety. “He is fast and athletic,” Stanley said. “He is likely to be a Division III wide receiver or defensive back.”

Countryman made an immediate impact in his first season with the team and is poised to have a breakthrough senior year. He is up to 6-foot-5 and 230 pounds and has plenty of athleticism to go with his size. “He just started playing last year, so he is raw, but he is fast and physical and could end up as a Division II defense end,” Stanley said.

Moore has good size at 6-foot and 260 pounds and brings experience to West Salem’s lineman room. He was a first-team all-MVC selection on offense as a junior and projects to be one of the Titans’ top blockers again this season.

Bennett is a big wide receiver (6-foot-2, 205 pounds) and plays linebacker on defense. He is rated a two-star prospect by 247Sports and holds multiple small-school scholarship offers. “Jack will be a two-way starter for us,” Stanley said. “He is smart and athletic.”

A runner-up to McNary each of the past two seasons, West Salem would have been a strong candidate to regain the Mountain Valley Conference crown during a normal fall season. The Titans were dealt a blow when MVC defensive player of the year candidate Anthony Pugh (tight end and defensive end) moved to Arkansas for his senior season, but a strong group of returning players led by Lowery and Whipple has been setting the example for everyone.

“We have a great group of seniors who are not only great players, but most importantly great people and students,” Stanley said. “I love their leadership, and if we stay healthy, we should have a good team.”

Injuries were an issue a season ago as the team got off to a 2-3 start with competitive losses to Lake Oswego, Sheldon and Beaverton. Whipple missed a chunk of time before returning for the postseason. Pugh was lost for the season after suffering a torn ACL in Week 3.

West Salem still came close to winning the MVC title, dropping a 27-23 decision at McNary in the second-to-last week of the regular season. The Titans won a playoff game at Sunset before falling in the second round in a rematch with the Lakers.

Several players are back from that team that experienced the ups and downs of a high school season. Stanley said the Titans are experienced on the offensive line but will need to fill in some holes at wide receiver.

“We are also inexperienced at tight end,” Stanley said. “Defensively, our D-line and linebackers should be strong with a talented but inexperienced secondary.”

If the coaching staff can put the pieces together, West Salem has a chance to be special on both sides of the ball this season.

“We just want to give these seniors the great experience they deserve. With no conference or state championship to win, I think our goal is to be as good as we can possibly be but also make sure we enjoy each other and the process.” — Shawn Stanley