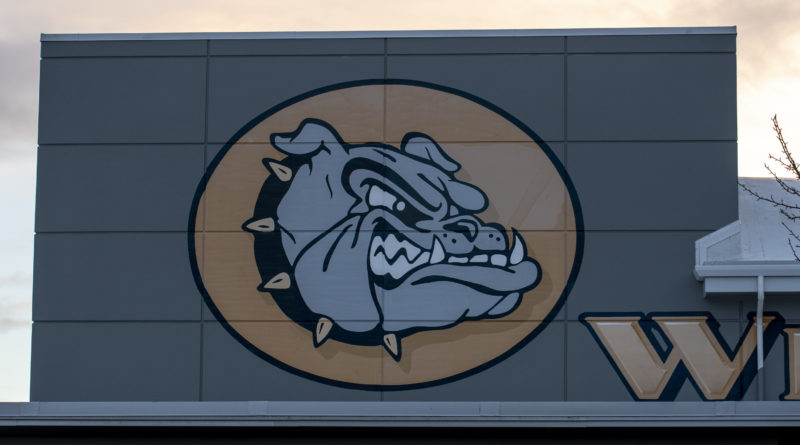 Over the next few weeks, SBLive Oregon will break down every 6A, 5A and 4A football team in the state in anticipation of a six-week season in March and April. Even if the season is postponed or canceled, we will continue to highlight more than a hundred teams and more than a thousand players in Oregon. Here’s our look at the West Albany Bulldogs of the Class 5A Mid-Willamette Conference.

A second-team all-state pick on defense last season, Zimmermann is a leader on both sides of the ball. At 6-foot-4 and 245 pounds, Zimmermann has ideal size and excellent hands in the receiving game. “TJ is just a big, strong, wide kid,” Mehl said. “He plays big roles for us on offense and defense.”

Hendrickson received second-team all-Mid-Willamette Conference honors on defense as a junior. He can play up at the line of scrimmage or farther back in the box. “Hendrickson just loves football,” Mehl said. “He’s physical, has the size you want, and he runs pretty well.”

Zamora is a two-way playmaker who made honorable mention all-MWC on offense last season. “He has a lot of good tools to work with,” Mehl said. “He’s talented, long, fast, has good hands and blocks well. He’s a weapon for sure.”

Hampl is West Albany’s most experienced returning offensive lineman and can rotate in on defense. He was an all-MWC honorable mention recipient on offense last season in his second year starting. “We will totally depend on him to secure that offensive front,” Mehl said. “He’s played a lot of meaningful football for us and has an understanding of what we want to do.”

Listed at 5-foot-8, Cehrs was in the running back rotation last season and received all-MWC honorable mention on defense. He is likely to get more carries as a senior. “Zach is unique because he is shaped differently; he’s not real tall, but he’s really strong and fast-twitched and pretty powerful in his frame,” Mehl said. “Not many kids run like him, and I think he’s proven you can totally lean on him and give him the ball.”

Another returning all-MWC honorable mention defender, Jacques is a throwback linebacker who flies around the field. Mehl said Jacques could get some touches on offense this season. “He fits the mold of some of those crazy West Albany defenders that like to run around and play physically,” Mehl said. “He’s not the biggest guy, but he’s unique that way.”

Schaffner is a versatile skill position player who likely will be counted upon to make plays on both sides of the ball. Mehl said Schaffner is a smart player with a good understanding of the team’s schemes. “Cole has played a lot of football for us and he’s a good teammate, a really smart guy,” Mehl said.

After a four-year stint in Class 6A, West Albany returned to Class 5A for the 2018 season and promptly led the classification in scoring defense en route to a state semifinal appearance. The Bulldogs’ defense was even better last season (9.6 points allowed per game, again best in Class 5A) while the offense increased its scoring output from 25.8 to 44.2 points, but the team couldn’t get past Crater in the state semifinals.

Seven first-team all-Mid-Willamette Conference selections — including current Oregon State linebacker Porter Phillips, the first person to be named MWC offensive and defensive player of the year in the same season — have moved on, but that doesn’t mean West Albany will be taking a step back.

The Bulldogs have a smaller 2021 senior class of around 10 to 15 players, but Mehl said the group is plenty talented.

“Three years ago (as freshmen), I believe they were undefeated in the (6A Greater Valley Conference),” Mehl said. “There is not a lot of them in numbers, but the quality is there.”

Six of the seniors — Cehrs, Hampl, Hendrickson, Jacques, Zamora and Zimmermann — are returning all-conference players. One-time projected starting quarterback Luke Killinger also made last season’s all-MWC team, but he moved to Arizona to play his senior season in the fall. Next in line is Michael Cale, a junior with a solid arm and quick release.

“He is fearless and young and green, and I kind of like that in a way,” Mehl said.

Along with the large group of returning standouts, Mehl also is expecting major contributions from DeMarcus Phillips-Houston, an explosive sophomore who could play numerous positions on offense and defense.

While excited about the program’s underclassmen, Mehl knows a potential 2021 winter or spring season is all about giving the seniors a proper sendoff.

“We want seniors to get time — that’s how we’re going to approach this as a program,” Mehl said. “I don’t know if expectations change, but really it’s about focusing on those kids that are getting their last reps. And we are only a few months away from starting (the fall) season, so we kind of have to prioritize things. That’s how I’m seeing it and reading it.”

“I think we are fairly confident about how we can defend and how we’ll be able to defend, and it starts there. We graduated some really good players, but we feel comfortable with a lot of these young kids stepping in. There are some good players all around.” — Brian Mehl