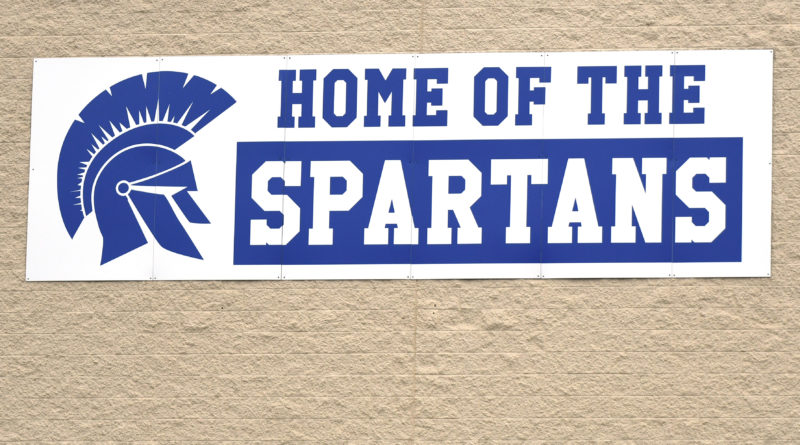 Over the next few weeks, SBLive Oregon will break down every 6A, 5A and 4A football team in the state in anticipation of a six-week season in March and April. Even if the season is postponed or canceled, we will continue to highlight more than a hundred teams and more than a thousand players in Oregon. Here’s our look at the Hillsboro Spartans of the Class 5A Northwest Oregon Conference West Division.

Playoffs: Lost 49-0 to Crater in first round

Shuff is looking for huge things from Shufelt in his senior season. Shufelt was first-team all-Northwest Oregon Conference West Division at running back and on the defensive line last season, and he earned honorable mention on The Oregonian/OregonLive Class 5A all-state team on defense. “He’s going to be heavily relied on both offensively and defensively for us,” Shuff said. “We’re going to have to try to find as many different ways to get him the ball (as we can). We can’t just line up and run downhill play after play after play.” Now 6-foot-3 and 225 pounds, Shufelt averaged more than five yards per carry and rushed for four touchdowns last season. He tied for the team lead with 16.5 tackles for loss and was tops among Spartans players with 4.5 sacks. Speed and athleticism are evident from his fifth-place finish in the 110-meter hurdles at the 2019 OSAA Class 5A track championships. Shufelt participated in the Blue-Grey Football All-American Bowl at AT&T Stadium in Arlington, Texas, in December and was chosen overall MVP of a Best Coast Showcase in late fall. He has received an offer from FCS Valparaiso in Indiana.

Godsey is expected to call the shots on offense and defense. With the departure of Kane Kiaunis, Godsey is the most well-versed quarterback in the program. On both offense and defense, Godsey last season was playing behind a senior with multiple seasons of starting experience. Now it’s his turn. “He’s ready to show everybody what he can do,” Shuff said. “And we’re excited for him to get the opportunity to do it.”

Hillsboro had enough linebackers last season that Condit was moved to the defensive line, even though he weighed about 165 pounds. Size didn’t matter for Condit, who was second-team all-NWOC West on defense. “He has the best get-off for a defensive lineman,” Shuff said. “He’s so small. And he’s so hard to block. He just tore people up last year.” Condit tied Shufelt for the team lead in tackles for loss with 16.5. “He has a motor,” Shuff said, “and he just goes and goes and goes.”

A third-year starter on the offensive line, the 6-3, 250-pound Hernandez was honorable mention all-NWOC West last season. “He knows football, knows the game, knows what we need to do up front,” Shuff said. “He’s super coachable. He’ll be an anchor for the offensive line.” Hernandez didn’t play much on defense last season, but Shuff foresees him as an effective run stopper this season.

Ellis is another player the Spartans will try to get the ball to as much as possible. On defense, Ellis played sparingly last season, but the 6-footer made an impression. “He’s not afraid whatsoever to throw his body around, put his nose somewhere it doesn’t belong,” Shuff said. “He’s going to be a good one.”

Kuhlman hasn’t played organized football since his freshman year. Since then, he’s had a growth spurt. He and Chavez Lopez are in the range of 6-2 and 190 pounds. “Both run good routes, both are big, physical receivers,” said Shuff, praising the offseason work they have done. “For Josiah not playing last year or the year before, he probably knows the whole offense already,” said Shuff, who likes the size Kuhlman and Chavez Lopez will bring to the cornerback spot.

Peraza-Nava, who last season was 6 feet and 165 pounds, is strong and fast for his size, Shuff said. Peraza-Nava probably will back up Shufelt at running back and take over at defensive end for Nate Smith, last season’s NWOC West defensive player of the year. With Peraza-Nava on one side of the line, Shuff thinks Shufelt might get more 1-on-1 matchups.

Dating to Week 7 of the 2018 season (Shuff’s first as head coach), the Spartans have gone 9-4. Two of last season’s losses were one-score games.

That résumé was built, however, with considerable contributions from players who are no longer with the team. Hillsboro had seniors at eight positions on the all-NWOC West first and second teams last season. Overall, the Spartans lost some 20 seniors from 2019.

“We’re going to be very inexperienced this year, but we really want to just keep rolling with the success we had last year,” Shuff said.

Hernandez probably will be the only senior on the offensive line, which will be protecting a first-year starter at quarterback. Shufelt has the looks of a game-changer, but he’ll probably need help.

Continuing an upward trajectory in the team’s winning percentage would appear to be a challenge. But if the progress of last season left an imprint on the DNA of the program, more success could be within Hillsboro’s grasp.

“We want to compete with these teams at a high level,” Shuff said. “A goal for us would be to come out with a winning record this year if we get a chance to play.”

“The strides that we’ve made as a program the last two years — they want to be able to continue that through March and set us up for a good fall season.” — Dan Shuff