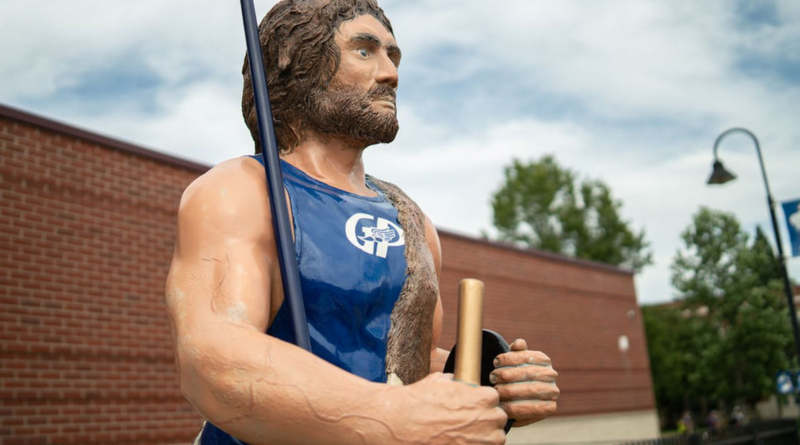 Over the next few weeks, SBLive Oregon will break down every 6A, 5A and 4A football team in the state in anticipation of a six-week season in March and April. Even if the season is postponed or canceled, we will continue to highlight more than a hundred teams and more than a thousand players in Oregon. Here’s our look at the Grants Pass Cavemen of the Class 6A Southwest Conference.

Playoffs: Lost 55-33 to Lake Oswego in first round

A first-team all-Southwest Conference offensive lineman last season, Perez is a two-way difference-maker who recorded 23 tackles and six sacks as a junior. He holds scholarship offers from Southern Oregon, Western Oregon, Pacific and George Fox. “Kai is relentless,” Musser said. “He is a vocal leader who is our best lineman.”

Another two-way standout, Haven was first-team all-SWC at linebacker a season ago and received honorable mention at tight end. He was second on the team in tackles with 68 and had 10 catches for 273 yards and three touchdowns. “Dante will be one of the leaders on our aggressive but disciplined defense,” Musser said.

Martinez has good size at 6-foot-2 and 195 pounds. He was a second-team all-SWC selection on defense last season and has scholarship offers from Southern Oregon, Pacific and George Fox. “He is a physical corner who can lock down the opponent’s best receiver,” Musser said.

Hood led the 2019 Cavemen in tackles from the free safety position with 77, earning second-team all-SWC honors. He had seven pass breakups and an interception. “He has a nose for the ball and is our quarterback on the defensive side,” Musser said.

A two-time second-team all-SWC selection on the offensive line, Vinyard is 6-feet tall and weighs 280 pounds. He has started 20 consecutive games and is committed to Western Oregon. “He is an athletic, smart lineman,” Musser said.

Prulhiere made first-team all-SWC on offense as a sophomore and dropped 40 pounds in the offseason, Musser said. The 6-foot senior now weighs around 265 pounds. “He lost weight but added muscle, so he is much quicker and is in great shape,” Musser said.

Chaing hauled in 36 passes for 555 yards and seven touchdowns last season despite missing three games because of a shoulder injury. He was a second-team all-SWC receiver and has offers from Southern Oregon, Pacific and Linfield. “He is a long, athletic receiver who can take the top off of any coverage,” Musser said.

Sloan was the team’s second-string running back a season ago behind Jake Henricks but still rushed for 406 yards and six touchdowns. He was voted second-team all-SWC. “He is very fast and has great balance,” Musser said.

Grants Pass has qualified for the state playoffs each of the past seven seasons, a streak that was likely to continue in the fall of 2020. A solid senior class including all-state honorable mention recipients Chase Coyle (the school’s all-time leading passer who threw for 2,326 yards and 23 touchdowns as a senior) and Joel Valadez (1,080 receiving yards, fifth in 6A) graduated, but the Cavemen are stocked with quality players across the board.

“We have a good senior group who has played a lot of football, some of them starting for us on varsity since their sophomore seasons,” Musser said.

Hunter Gonzales will be taking over at quarterback for the Cavemen, who averaged 30.5 points per game last season. The 6-foot-2, 206-pound senior has a strong arm and a high football IQ.

Offensive line should be a strength as Perez, Prulhiere and Vinyard are returning two-year starters. Sloan and Jayden Brown will provide a one-two punch in the backfield, and receiving threats Chaing and Haven are poised for big seasons. Musser also is expecting major contributions from Asher Yriarte, a junior wide receiver and defensive back who missed all of last season with a broken leg.

Grants Pass should be improved defensively with Haven, Hood, Martinez and Cole Nicholas leading the way.

“We depend on a lot of intelligence and communication between our corners and safeties, so having Martinez, Hood and Nicholas back there really helps,” Musser said. “The three of them have a lot of Friday night snaps under their belts.”

With ample experience on both sides of the ball, the Cavemen should again be a formidable foe capable of competing with conference rivals North Medford, South Medford and Sheldon.

“Our weakness will be depth. Our program usually boasts between 110 and 120 players, and we have lost a lot of kids this offseason. We have around 90 in the program at this time.” — John Musser