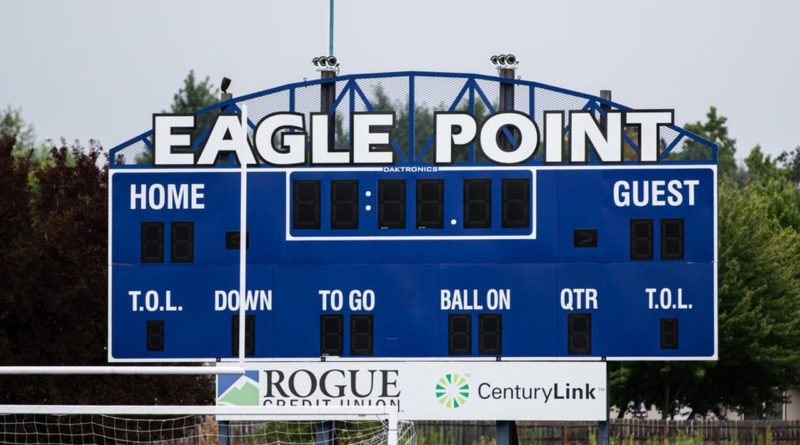 Over the next few weeks, SBLive Oregon will break down every 6A, 5A and 4A football team in the state in anticipation of a six-week season in March and April. Even if the season is postponed or canceled, we will continue to highlight more than a hundred teams and more than a thousand players in Oregon. Here’s our look at the Eagle Point Eagles of the Class 5A Midwestern League.

A bright spot for the Eagles last season, Meerten garnered second-team all-league honors on both sides of the ball. He’s fast and an electric athlete; Johnson is planning to work him into special teams assignments as another opportunity to get the ball in his hands and let him run loose. “He is a game-changing type of player,” Johnson said.

Scheffler brings more to the table than just all-league caliber football skills. “Reagan is one of the most dependable players I have ever coached,” Johnson said. “His influence has helped build the foundation for the future of the program.” Determination and leadership by example have made Scheffler invaluable not only on Friday nights, but as a foundational piece of a program that’s trying to build from the ground up.

One of the big surprises of the 2019 season for Eagle Point was Hill, who burst onto the scene as a sophomore with an all-conference second-team nod at middle linebacker. “Isaiah’s mentality in 2019 was a big factor in his success,” Johnson said. “Having a year under his belt with a new program will give him enough confidence to be successful this season.” He’ll also get carries at running back in Johnson’s ground-heavy offense.

Monroe has been gearing up for a senior year in which he’ll be a crucial member of the Eagles’ corps of big men. “Brenden improved a ton during the season and now is turning into more of a verbal leader,” Johnson said. “He will be the anchor of the offensive line.” He’ll receive time on defense, too.

A transfer from Butte Falls, Lester is making the jump from small-school, eight-man football. He’s physically ready — Lester is listed at 6-foot-4 and 265 pounds, and Johnson said he has a big motor to go with his big frame.

A quarterback to be named later

Just like last season, Eagle Point will enter camp without an incumbent starting signal-caller. Juniors Alex Smith and Anthony Milian, sophomore Dawson Foulon and freshman Bryton Livingston will battle it out for the QB1 designation. Each is physically and mentally equipped for the job, so Johnson wants to see who will jell best with the first-string offense. “The one that has the best chemistry with the offense as a whole will be the starter for Week 1,” he said.

After a season in which Johnson and his staff took over the program just weeks before the start of camp, the Eagles once again face an unusual opening to the season — although this time, they’re not alone.

Johnson has done his best to make the most of the long layoff, using technology to bring kids up to speed on his philosophies and playbook in a way that wasn’t possible with the condensed leadup to 2019.

“The program is now learning the ‘why’ when it comes to scheme and philosophy,” Johnson said.

Considering the circumstances of last season, it’s reasonable to expect Eagle Point to be much better this season, and that’s before factoring in the number of starters the Eagles return and how many players appear poised for breakthrough seasons.

“We would have competed much better than the previous season,” Johnson said about the fall 2020 campaign that didn’t happen.

They’re hoping to still get the chance. If the pads go on, Johnson said he’ll approach the six-week spring season with his typical mindset of thinking no further ahead than Friday night and focusing on improving in every aspect of the game.

“We will approach the season like any other season,” he said. “We are all hungry to get back on the field.”

“Even with restrictions, we’ve been able to accomplish some good things physically and mentally.” — Erik Johnson