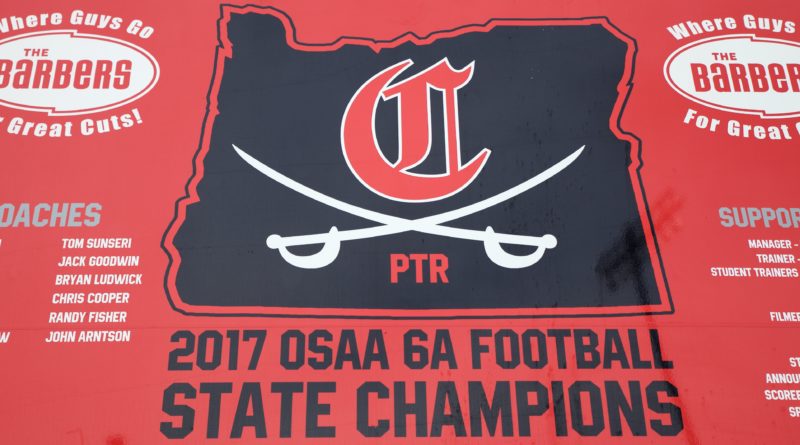 Over the next few weeks, SBLive Oregon will break down every 6A, 5A and 4A football team in the state in anticipation of a six-week season in March and April. Even if the season is postponed or canceled, we will continue to highlight more than a hundred teams and more than a thousand players in Oregon. Here’s our look at the Clackamas Cavaliers of the Class 6A Mt. Hood Conference.

Playoffs: Lost 17-7 to Mountainside in first round

Secor earned all-Mt. Hood Conference honorable mention at linebacker last season. This year, Holan said, “We’re hoping we get the production from the linebackers that we need and he can stay at safety, because that’s where he excels.” Secor, whom Holan called a “special player,” is the Cavaliers’ top returning tackler.

Honorable mention all-Mt. Hood at wide receiver and as a kick returner last season, Kennewell tied for second on the team with 32 receptions and tied for most touchdown catches with six. He is a rangy 6-foot-2 and a “tremendous competitor,” Holan said.

Early in the year, the two seniors were competing to succeed Austin Atkeson, who was second-team all-Mt. Hood last season and passed for more than 2,200 yards and 22 touchdowns. Holan described Artman as more of a pro-style, downfield passer, whereas Shaw can do things with his feet and is more of a dual-threat quarterback. “It’s been fun to work with those guys and see what they can do,” Holan said.

In addition to playing linebacker, the 6-foot-4, 220-pound Ludwick will receive action at tight end. He had five tackles for loss and a sack last season. “His specialty is being that edge player,” Holan said, praising what he called a relentless motor. “He had a tremendous offseason” and has a very high ceiling, Holan added.

Johnson-Gibson is targeted to start at cornerback and play more offense than he did last season. “As far as overall athleticism, he is phenomenal,” Holan said. Johnson-Gibson had one of the three interceptions Clackamas’ defense registered last season.

Williams, who was honorable mention all-Mt. Hood as a sophomore, has offers from Oregon State and Nevada, Holan said. He was fourth on the team in receptions (29) and receiving yards (444) and tied for third with five touchdown catches. “He makes us very, very dangerous on offense,” Holan said. “He can take the top off at any moment.” Williams (6 feet, 170 pounds) had an interception last season, and Holan sees him playing situational cornerback or safety this season.

Chastain was an all-Mt. Hood Conference first-team selection last season, even though his statistics were modest. “You go watch the film, you’re going to see he was a problem for the (opposing) offense,” Holan said, citing the double-teams Chastain drew and the way he would allow linebackers to range across the field. “He’s pretty dominant for us on the defensive line.” Holan said Chastain (6 feet, 250 pounds) is by far the strongest player on the team and could work into playing the offensive line.

Holan is the Cavaliers’ second first-year coach in the past two seasons, both hired from outside the staff. He succeeds Terry Drake Sr., who took a medically induced leave of absence before Week 9 and then resigned. After three consecutive trips to at least the Class 6A semifinals, Clackamas was 4-5 last season and took a first-round exit from the playoffs.

Like any other first-year coach hired from outside the program, Holan hasn’t been able to get to know his players nearly as well as he would have in a traditional season.

“I know it’s tough for everyone, so I don’t think it’s a ‘poor me’ situation,” Holan said. “The hardest thing probably is not being able to develop as many relationships with the kids as I’d want.”

Though Clackamas will go with a first-year starter at quarterback, the targets are proven commodities, led by Johnson-Gibson, Williams and Kennewell.

By the Cavaliers’ recent standards, last season’s win-loss record didn’t measure up. Still, Clackamas entered the playoffs with a .500 record and the No. 17 spot in the OSAA rankings.

“I know this is a team that is very hungry to get back to the status it was at before,” Holan said. “I was very grateful and excited to come to a program where going 4-5 and making the playoffs was underwhelming.

This year, there is no target goal for victories. Holan said it’s more about doing things right and staying committed to the process of improving and competing. The goal, he said, is to go 1-0 each week.

Even after last season’s dip, it’s hard to imagine Clackamas — armed with large numbers, proven skill-position players and what Holan calls a talented junior class — not having quite a few 1-0 weeks.

“If we constantly compete against ourselves, competing against another team isn’t going to be a big deal.” — James Holan