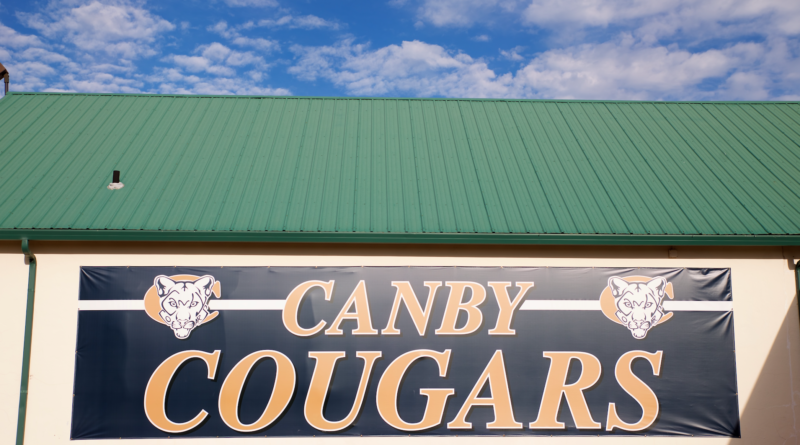 Over the next few weeks, SBLive Oregon will break down every 6A, 5A and 4A football team in the state in anticipation of a six-week season in March and April. Even if the season is postponed or canceled, we will continue to highlight more than a hundred teams and more than a thousand players in Oregon. Here’s our look at the Canby Cougars of the Class 5A Northwest Oregon Conference West Division.

Miller thrived with the Cougars’ switch last season from the wing-T to a spread offense. He had 59 receptions for 963 yards and nine touchdowns (16.3 yards per catch), earning first-team all-Three Rivers League honors. “He has one of the fastest first steps I’ve seen out of a wide receiver,” Joyce said, noting also that Miller is still learning the position. “For him to have the season he did is really impressive.” Miller is No. 43 in 247Sports’ rankings for the Oregon class of 2021 and has orally accepted an offer from the Air Force Academy.

Boyd started at wide receiver last season but will play a split-wide tight end this season while continuing to be a key on defense at linebacker. Joyce said Boyd has emerged as a great leader while also earnestly honing his craft. “He’s probably made more improvement in one year than I’ve seen in all my years of coaching,” Joyce said. “It’s like watching a new kid out there.” Boyd earned all-Three Rivers honorable mention as a punter last season.

Canby’s leading tackler last season, Wymer also had two interceptions and two fumble recoveries in earning all-Three Rivers honorable mention. He draws praise from Joyce for his leadership. “He has rediscovered his love for football,” Joyce said. “And that is something that’s really nice to see.”

Joyce looks at the 6-foot-4, 355-pound Anderson as a success story on and off the field. “Since last year, when he started feeling a little success on the football field, he’s turned his life around,” Joyce said, noting Anderson’s 4.0 grade-point average in the first trimester. “In distance learning, that’s tough to do. … It’s a credit to our line coaches to what this kid has done.” Joyce said Anderson moves well for a player his size. “I’m looking forward to seeing what he’s going to do this year and in the future.”

The 6-foot, 175-pound Mead might be Canby’s best all-around athlete, Joyce said. He earned all-Three Rivers honorable mention at cornerback last season, when he played wide receiver on offense. This season, he’ll move into the backfield. Running backs play a big role in the Cougars’ passing game, and the shift will allow Canby to exploit Mead’s playmaking ability. “He’s really strong and can run between the tackles,” Joyce said. “He really excelled at defense last year, and this year he’s going to excel at both.”

Gibson started the final five games last season, surpassing 200 yards in four of those games, including in a four-touchdown showing against Tualatin in his first start. Last season was his second playing quarterback. “And his first year was playing in the wing-T as a freshman,” Joyce said, “so in some ways, it was his first year.” The 6-2, 200-pound Gibson has the coaching staff excited about what he can accomplish. “He finds a way to get the ball to his receivers,” Joyce said. “And he can also do it with his legs.”

The 6-4, 195-pound Brauckmiller was Canby’s second-leading tackler last season and earned all-Three Rivers honorable mention at outside linebacker. “This year he’s a guy who will factor on both sides of the ball,” Joyce said. On offense, Joyce said, “For his size and his speed, he’s someone you have to pay attention to.”

Martin will move back to center after being shifted to guard — where he was honorable mention all-Three Rivers last season. “I think he’s more comfortable in that position,” Joyce said, referring to center. The 6-foot, 280-pound Martin is the Cougars’ most experienced offensive lineman and will be looked to for leadership and stability. “We’re really excited about our offensive line,” Joyce said.

After the 2019 season, Canby exercised its option to play in Class 5A. Instead of being in the Three Rivers League, the Cougars will compete in the West Division of the Northwest Oregon Conference.

“We really thought that was going to be our biggest offseason challenge — moving down a division,” Joyce said. “Little did we know about COVID.”

Even with the lack of a traditional high school season, Canby has reasons to be optimistic. The Cougars broke a 22-game losing streak in Week 8 last season and won the next week. Those two wins came after a winless 2018. With a promising quarterback in Gibson and an experienced line to protect him, things look good on offense.

Playing a Class 5A schedule instead of in the ultra-competitive Three Rivers League also should make Canby more competitive.

“If we can go out there and be successful and have a winning record, that’s great,” Joyce said.

More important, though, is that the Cougars achieve what they did last season:

“We became a better football team as the year went on,” Joyce explained.

Continuing to do that would qualify 2020-21 as a successful season.

“We’re really looking to see, in this shortened season, how the kids respond to the adversity that they feel on the field, because we know how they deal with the challenges off the field. And that’s something that’s pretty impressive — to watch these kids, their ability to stay focused, stay engaged in school, stay committed to athletics.” — Jimmy Joyce