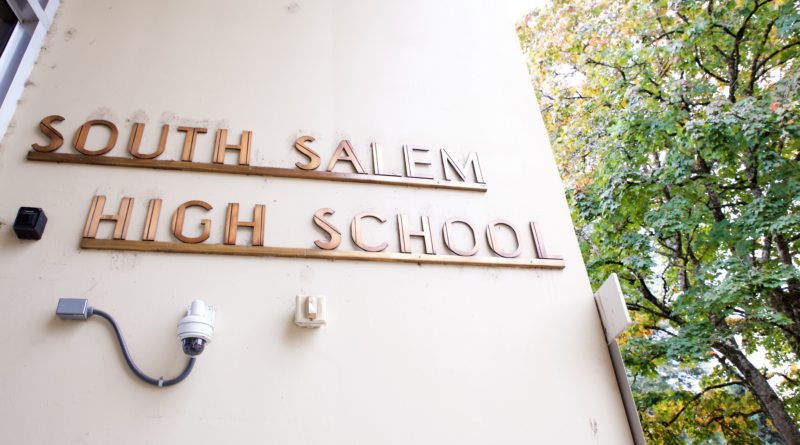 Over the next few weeks, SBLive Oregon will break down every 6A, 5A and 4A football team in the state in anticipation of a six-week season in March and April. Even if the season is postponed or canceled, we will continue to highlight more than a hundred teams and more than a thousand players in Oregon. Here’s our look at the South Salem Saxons of the Class 6A Mountain Valley Conference.

Johnson starred on both sides of the ball as a junior, making first-team all-Mountain Valley Conference at wide receiver and earning honorable mention at safety. The 6-foot-2, 190-pound senior is the son of decathlete Dave Johnson, who won a bronze medal at the 1992 Barcelona Olympics. Johnson is rated a two-star recruit by 247Sports and holds multiple small-college offers. “Gabe is a college football talent and he runs real well,” Dufault said. “He will be a three-year starter for us and is a very talented kid.”

A second-team all-MVC linebacker as a junior, Kunze was one of the conference’s leading tacklers a season ago. He is up to 6-foot-2 and 205 pounds coming off an injury and is rated a two-star recruit by 247Sports with a handful of small-college offers. “He has a real nose for the football and is a really solid kid,” Dufault said. “He’s a 3.98 student and a really good football player, particularly at the linebacker position.”

In his first season of high school football, Gertenrich quarterbacked the junior varsity team as a junior. He will be taking over for Griffin Gardner, an honorable mention all-MVC selection last season who moved to Central Oregon. “Drew’s got some arm talent, he’s just never played varsity football before,” Dufault said. “So, it’s tough to say what will happen, but he’s got some skills and can play, and we’ve got some good people around him at wide receiver.”

Vandehey brings some length at 6-foot-2 and likely will contribute at wide receiver and cornerback. Dufault said Vandehey took advantage of the extended offseason to get better in all areas. “If I had to pick one kid that’s improved the most between July and now, it would be him,” Dufault said.

Boyles has an excellent frame at 6-foot-2 and 215 pounds and runs well for his size. He will be in the mix at running back and is slated to be a starting middle linebacker. “Carter is a guy we expect pretty good things from,” Dufault said.

Letisi received all-MVC honorable mention on offense as a junior. He has started on both sides of the ball since his sophomore season and is tough to move at 290 pounds. “He is another college-caliber player for us,” Dufault said. “With our depth issues on the line, we’re still trying to figure out the best spot to put him.”

Another talented returning skill position player for the Saxons, Posey is undersized at 5-foot-9 and 165 pounds but is a two-way force at wide receiver and cornerback. He was all-MVC honorable mention on defense last season. “He’s a guy we’re going to count on to be a big player on both sides of the ball for us,” Dufault said.

It’s been a tough couple of years for the Saxons, who won back-to-back conference titles in 2014-15. South Salem hasn’t won a conference game since 2017, but Dufault’s program appears to be trending back up with a strong group of skill position players.

“Things are still a little bit of an unknown to us,” Dufault said. “We’ve been going since July and have probably practiced more than we ever have almost, but we also haven’t really done anything to answer some of our questions yet.

“But the strength of our team is in the skill kids, wide receiver and defensive back in particular. We know we have plenty of skill kids who can play.”

Along with Johnson, Posey and Vandehey, Dufault is excited about senior Zach Case, junior Javier Ramirez-Perez and sophomore Tini Tinitali III. Case has played since his sophomore season and gets open from the slot position. Tinitali III is a promising all-around wide receiver and defensive back, and the 5-foot-6 Ramirez-Perez is the most explosive player in the program, Dufault said.

“We have about six wide receivers that we think are real, real solid,” Dufault said. “It’s definitely the biggest strength of our group.”

The Saxons also are set at linebacker with Kunze and others leading the way. Dufault said South Salem has about three or four contenders to play running back, but the starting job is up in the air. The Saxons also have some questions to answer up front, but the team should have enough pieces to be competitive on both sides of the ball.

“We’ve got a couple linemen back, but we will have to play some kids who haven’t had a significant amount of time yet,” Dufault said. “So, it’s hard to know who will do what until the bullets start flying.”

“These kids have been living in a permanent state of uncertainty, and they keep showing up. It’s been awesome and it’s the highlight of my week when I get to go out and coach them.” — Scott Dufault