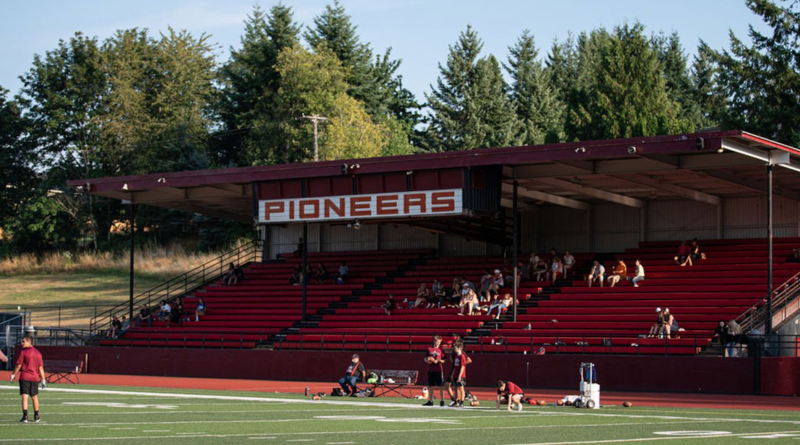 Over the next few weeks, SBLive Oregon will break down every 6A, 5A and 4A football team in the state in anticipation of a six-week season in March and April. Even if the season is postponed or canceled, we will continue to highlight more than a hundred teams and more than a thousand players in Oregon. Here’s our look at the Sandy Pioneers of the Class 6A Mt. Hood Conference.

Lucore is another team captain, voted into that position at the end of his sophomore season. After making the all-Mt. Hood second team on the offensive line last season, he will move to tight end this season. Dill calls the 6-1, 215-pound Lucore probably the team’s most physical player. “He loves to block,” Dill said. “He can be a threat in the passing game as well. We’ll move him around quite a bit.” At outside linebacker/defensive end, Lucore will be an anchor on defense, and the Pioneers will move him around for favorable matchups.

Dill praised Wagner for the improvement he has made since his sophomore season, citing his explosiveness and speed. “He has made huge strides,” Dill said. “He has tremendous ball skills. When the ball is in the air, we’re confident he’s going to make a play.”

Turin received considerable playing time as a sophomore and registered two interceptions and a fumble recovery. Sandy hopes to reap the benefits from the work the 5-foot-9, 155-pound Turin has put in during the offseason. “He’s another one of those kids in the offseason who has spent time getting better,” Dill said. “He really worked on refining his skills, and we expect him to have a huge junior season.”

The competition to be the Pioneers’ starting quarterback features Brewster, who played throughout last season, and Clemmer, who was 4 of 6 in two games as a sophomore. “It’s a pretty good battle that’s going to be going on,” Dill said early in the year. Dill characterized Brewster as having a big arm and a great ability to make plays. Dill also called Clemmer a playmaker and praised his leadership and decision-making. “I like both of those guys at quarterback,” Dill said. “We have some answers we need to get between those guys, and I think both of them can help us on defense.”

Though an underclassman, the 6-1, 155-pound McVicar will be looked to for big things. “He has a nose for the ball,” Dill said. “He can be physical and has good speed and will be a playmaker for us in the back end of the secondary.”

Rhue is another sophomore who is expected to punch above his grade level. Dill said the 6-3, 260-pound Rhue has great feet and hips and moves well for his size. “He is a very good pass protector, and we expect him to be a physical presence on the offensive line this year,” Dill said.

There are at least a couple of ways to frame Sandy’s 2019 season. One way is to look at the Pioneers’ 3-6 record and 32 points allowed per game. Another way is to look at their No. 33 spot in the OSAA’s end-of-regular-season rankings (32 teams make the Class 6A playoffs) and the fact that five of Sandy’s losses were to teams that made the playoffs, three of those teams making at least the final eight.

In Dill’s second year as coach, expect more of a traditional two-back set with a tight end and less of a spread feel.

“I think our identity is being physical. It’s not spreading the field and playing in space,” Dill said. “We’re really trying to be a team that you’re going to feel us when you play us. I like my linemen a lot. I think they bring a lot to the table.”

Sandy lost what Dill called a pretty strong senior class from 2019. Among the departures was Chet Chamberlain, a two-year starter at quarterback who ran for 799 yards and 10 touchdowns, both team highs, last season.

Whoever starts at quarterback will be fronted by a line that — also including tight end Lucore — Dill expects to be among the team strengths.

Another position group that looks like a bright spot is cornerback.

“We’re really excited about the corners coming back,” Dill said.

Given the departures from last season and uncertainty about this season stemming from the pandemic, it’s difficult to project what the Pioneers might reasonably accomplish this season. Last season, none of Sandy’s games were especially close: Only one loss was by fewer than 35 points, and all three wins were by at least 28 points.

In addition to going with a first-year varsity starter at quarterback, the Pioneers have no returning running back who gained 60 yards in 2019.

“We want to be competitive in the Mt. Hood Conference for sure, have every Friday ideally be a good game,” Dill said, “and we come out on top more than we don’t.”

“We just want to get better every day.” — Josh Dill 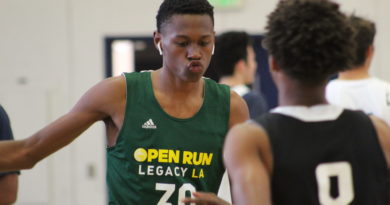 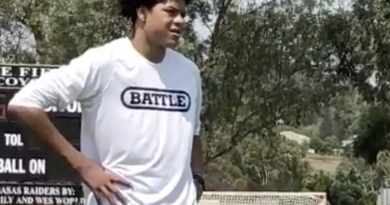 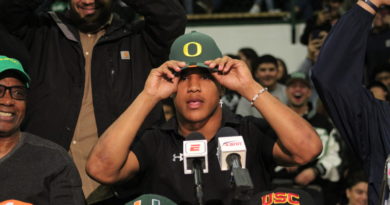