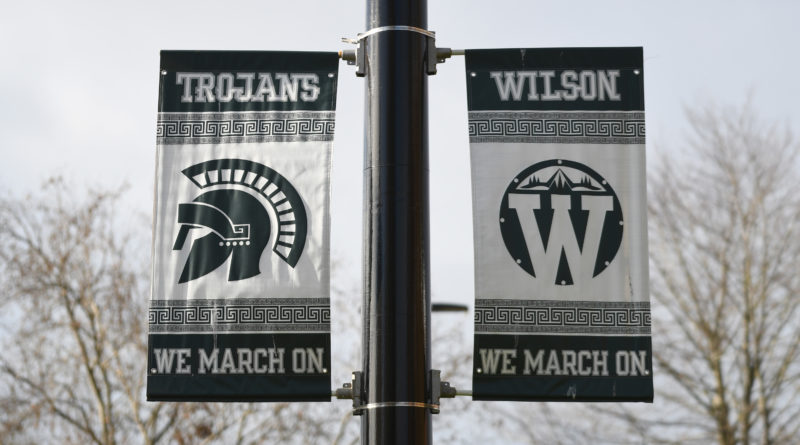 Over the next few weeks, SBLive Oregon will break down every 6A, 5A and 4A football team in the state in anticipation of a six-week season in March and April. Even if the season is postponed or canceled, we will continue to highlight more than a hundred teams and more than a thousand players in Oregon. Here’s our look at the Wilson Trojans of the Class 6A Portland Interscholastic League.

Leybold last season received all-Northwest Oregon Conference West Division honorable mention at offensive tackle and on the defensive line, and Bennett expects more this season. “Logan’s love of football and tireless work ethic in the classroom, on the field and in the weight room are second to none,” Bennett said. Leybold, who has committed to Division III Macalester College in St. Paul, Minnesota, will be one of the Trojans’ team captains.

Brannan was the Trojans’ leading receiver last season, exceeding 40 catches and 600 yards and scoring four touchdowns in the passing game. He was first-team all-conference on offense and received honorable mention at safety. Bennett calls the 6-foot-3, 195-pound Brannan a gifted athlete with limitless potential as well as the consummate teammate. “He puts just as much energy into blocking to free a teammate for a touchdown as he does to score one on his own,” Bennett said. “He has size, speed and the intangibles to be an amazing football player not only in high school, but college as well.”

Griffiths earned all-conference honorable mention at wide receiver last season, when he had two 100-yard receiving games. Bennett raves about his speed. “Don’t take your eyes off the game for a second,” Bennett said, “because if you do, you might miss him. He’s that fast. He will help stretch defenses both vertically and horizontally.”

What the 5-9, 185-pound Duda might lack in size, he makes up for in accountability and leadership. Bennett looks to Duda to anchor the line on both sides of the ball. “Dominic loves football and is the guy you can always count on to be among the first kids at practice … and the last to leave,” Bennett said.

Thomas was second-team all-Northwest Oregon West at tight end and honorable mention at linebacker. “Cole is a true throwback football player,” Bennett said. “He has the skills to run, catch and block with the best of them.”

After a winless campaign and giving up the most points of any team in Class 5A in 2019, there’s ample room for improvement in Bennett’s first season. He took over for three-year coach David Kilpatrick-White. Bennett’s hiring was announced shortly before the state issued stay-at-home orders.

“There are many kids that we haven’t even met in person yet,” Bennett said early in the year via email. “The community, school and district have been amazing to work with. They have all been very welcoming, and we are extremely excited to see what our team has in store.”

Bennett has coaching experience at several schools and most recently was a head coach in 2018 at Class 4A North Marion in Aurora. He was on the coaching staff at Amity when that school won six state championships.

The Trojans of Southwest Portland lost only two players who were all-Northwest Oregon Conference honorees, but one of them was Hunter Davis, a two-year starter at quarterback who was second-team all-conference in 2019. Tom White and Parker Feld-Gore were competing for the No. 1 job as the new year began.

“They both bring enthusiasm for the game and leadership qualities that will shine through once the season begins,” Bennett said. “We want competition in the preseason for every position, and quarterback is no different. Having two talented, young arms in our system is a great problem to have.”

Players such as Brannan and Thomas give Wilson top-end talent, but one of the questions facing the Trojans is who else can emerge and provide complementary support. In a season that won’t have a postseason or crown a champion, Wilson probably will measure accomplishment in ways that don’t involve counting wins and losses.

“Working as a team, working together and having team unity will be our biggest opportunity for improvement,” Bennett said. “After several months of being isolated, understanding that your job on the field has a direct effect on everyone else will take some time.”

“For our team, it’s the journey as opposed to the destination. Our only true goal is to be better on this day than we were the day before. Where that leads to by the end of the season, I don’t know, but I do know that we will look back on the journey and be proud of whatever accomplishments we achieve.” — Keith Bennett