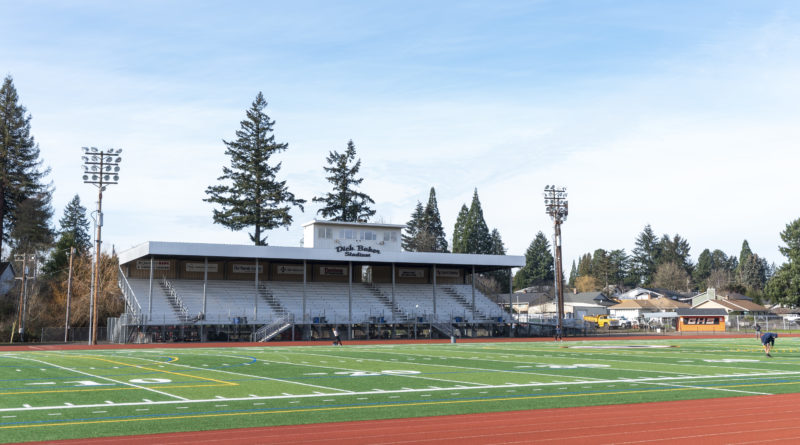 Over the next few weeks, SBLive Oregon will break down every 6A, 5A and 4A football team in the state in anticipation of a six-week season in March and April. Even if the season is postponed or canceled, we will continue to highlight more than a hundred teams and more than a thousand players in Oregon. Here’s our look at the Gladstone Gladiators of the Class 4A Tri-Valley Conference.

Playoffs: Beat North Valley 51-14 in first round; lost 14-0 to La Grande in quarterfinals

Ashpole made second-team all-state last season as a linebacker, and, according to his coach, the postseason accolades could have been even better.

“We underutilized him as a tight end last year,” Jedrykowski said. “If we had done a better job scheming, he would have been all-state both ways.”

That’s an athlete. Ashpole is 6-4 with “an even longer wingspan,” the coach said, and he’s quick and agile.

“One of our best athletes on the field at any given time.”

He moved to Gladstone before his sophomore year and only wanted to be a kicker. Then he became a great punter, too. Oh, and he was too athletic, so the coaches convinced him to play an every-down position. Ended up starting on defense last season.

This year? He will be in the quarterback conversation.

“He’s a kid who won’t come off the field for us,” Jedrykowski said.

He was a Gladstone youth football phenom, and when he got to high school, he wasted no time in becoming an impact player on varsity as a freshman.

“In his second game, he got a couple big sacks for us,” Jedrykowski said of the defensive end. “From that point on, he was the starter.”

Finnigan has a good head on his shoulders, and really good hands to strike and get off a block in an instant.

He did not play much on offense last season, but expect him to be a two-way starter the rest of his career.

Peiffer has been a part of Gladstone’s youth program since the third grade.

“He’s seen it all,” Jedrykowski said.

He’s a tough, aggressive, old-school style of player. If he gets banged up, he just plays through it.

“He’ll be our defensive leader, and he’s probably our offensive leader,” the coach said. “The way he plays the game is the way it should be played.”

Look for Peiffer to be the featured running back.

Lee is a returning starter at safety.

“He’s kind of like having an extension of a coach on the field,” Jedrykowski said. “He asks all the right questions. More importantly, the kids go to him with questions. He’s the leader of our secondary.”

Lee did not see a lot of targets last season as a receiver. That will change this season. He’s not a burner, but he is deceptively fast, the coach said.

“Finding a way to get him the football is going to be important to our success,” Jedrykowski added.

Gladstone has a talented sophomore group. Smith is yet another example. He got some playoff experience as a freshman, too.

“He grew. He got bigger. He’s smart. Just a good athlete,” Jedrykowski said. “He’ll be a good one for us.”

Smith passed the eyeball test from last season until now.

“He definitely put on some size,” the coach said. “He doesn’t look like a freshman anymore, that’s for sure.”

Owen is one of three players the coach lists as someone who could get significant time at the crucial position this season. He got some experience in 2019.

“Brayde has got a ton of potential, a tall ceiling,” Jedrykowski said.

A program guy. Has been part of Gladstone football since his youth days. Injured last season.

That’s why playing even an abbreviated season would mean so much to Gonzolez, as well as to the teammates and coaches who look up to him.

“A great kid and a great leader,” Jedrykowski said.

“The goal would be to win the conference. If we can’t go to playoffs, then say we’re a league champion,” Jedrykowski said.

But there is more on the line.

“Really, the goal is to give the kids one last opportunity,” Jedrykowski said. “That’s the goal, to give them a good experience. Winning a conference championship would be icing on the cake for us.”

“I take a lot of pride in this place, this school, this community. Gladstone is a unique community, a small town in a metropolis area. It gives me a tremendous amount of pride to say I’m from here.” — JJ Jedrykowski