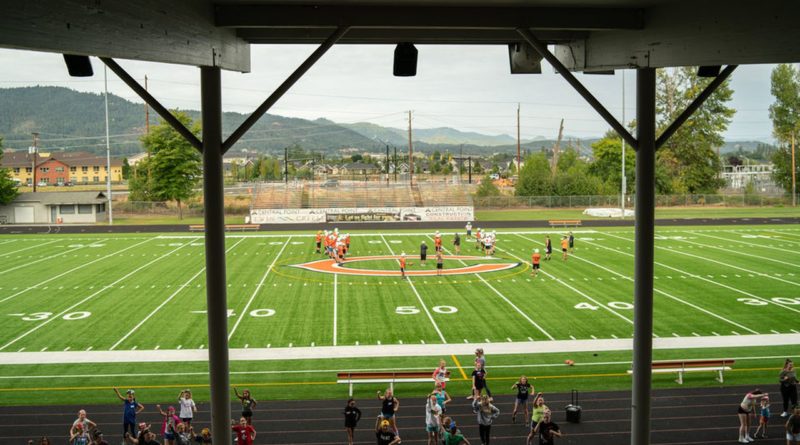 Over the next few weeks, SBLive Oregon will break down every 6A, 5A and 4A football team in the state in anticipation of a six-week season in March and April. Even if the season is postponed or canceled, we will continue to highlight more than a hundred teams and more than a thousand players in Oregon. Here’s our look at the Crater Comets of the Class 5A Midwestern League.

Playoffs: Beat Hillsboro 49-0 in first round; beat Parkrose 49-0 in quarterfinals; beat West Albany 30-24 in semifinals, lost 14-10 to Thurston in final

Sixth in Class 5A in regular-season receiving touchdowns in 2019, Douglas will see his spot in the formation shift throughout his senior year as new coach Berk Brown tweaks the offense. “We’re going to line him up wherever we think the matchup is the best,” Brown said. Douglas knows the playbook inside and out — as one would expect of the offensive coordinator’s son — so he’s more than up to the task. He’ll also play safety.

Jaasko was voted to the Class 5A all-state first team in 2019 and draws attention whenever he steps onto the field — a plus for Brown’s game plan. “He can really stretch the field,” Brown said. “He can go up and get footballs. He’s that explosive type of kid out of the edge who’s going to force coverages to pull his way.” At 6-foot-2 and 190 pounds, he’s the prototypical high school X-receiver.

Just as Jaasko stretches the field vertically, Anhorn does so horizontally. After taking a year off from football in 2019, Anhorn returns as a slot receiver who’s small in stature but perhaps the fastest player on Crater’s roster — making him a matchup nightmare in the short passing game. “He’s the 5-foot-10, 160-pound slot that we can put out in space over a safety or an outside linebacker and put defenses in a real predicament,” Brown said. Look for Anhorn to feast on sweeps, bubble screens and other situations where he can rack up yards after catches.

After two seasons backing up Trever Davis, Eaton will take over the starting quarterback job in his senior campaign. “He was a starting safety for us last year, so he’s got a lot of varsity time, knows the speed of the game,” Brown said. “He’s come a long way in his development as a quarterback.” Working with elite quarterback coaches over the extended offseason, Eaton has left no stone unturned as he prepares to step into the spotlight. “He’s got a great understanding of the game and has really worked on his technique throwing the ball, staying in the pocket, his footwork, his reads,” Brown said. “I’m really excited for Blake.”

Replacing a star running back such as Gavin Acrey — who was first-team all-state and in the top 10 in Class 5A in rushing yards and rushing touchdowns as a senior — is a big job for one player, so Brown is splitting the job. Half of his rushing duo is Kramer, who can make opponents look like they’re tackling smoke. “He’s got a shake to him — he can just kind of shake tacklers off, and when he gets out in space, he’s really hard to bring down,” Brown said.

The other half of the ground-game committee, Perez doesn’t as much shake tacklers as leave them shaken. “He’s going to drop his shoulder and look to get three or four yards after contact,” Brown said. Both backs can take it up the middle or sprint to the outside, and they’ve combined for zero fumbles over the past two seasons.

At 6-foot-3 and 280 pounds, Davis has scholarship offers as an offensive and a defensive lineman. “He works his tail off; he works out with us, works out with his personal trainer,” Brown said. “He is just committed to the game of football.” Expect him to dominate in the trenches.

Woitte was second-team all-state as a junior, proving what old-fashioned grit can do. “He’s not afraid to get after it against anyone — doesn’t matter if he’s getting double-, triple-teamed, he’s not going to turn down a fight,” Brown said. He’ll be a vital piece on both sides of the ball for the Comets.

“When I was coaching at the college level, when we were recruiting linemen, you were more likely to get a scholarship if you also wrestled,” Brown said. “There’s so much to it: the balance, the coordination, the understanding of leverage.” Proof of concept: Jordahl, who garnered all-state honorable mention as a defensive lineman as a sophomore. He also was the Class 5A wrestling state runner-up at 210 pounds. Coincidence? Not a chance, Brown would argue.

Lasater might not look like inside linebacker material: He’s 5-foot-10 and 185 pounds. Looks can be deceiving. “I’ll take Caden over anyone in the state,” Brown said. “He gets us lined up, he echoes the call, he knows what all 11 guys are doing. He gets the juice going, he gets guys excited. And then he is an absolute ball-hawk. Wherever the ball is, you’re going to find No. 14.” As a sophomore, Lasater started every game of the Comets’ run to the 2019 final. Brown thinks he’s poised for a breakthrough junior season.

It’s rare that a first-year head coach inherits a reigning state finalist, but that’s where Brown finds himself after three seasons as Crater’s defensive coordinator (and 12 years at Southern Oregon University before that). Thus, Brown sees no need to reinvent the wheel.

“It’s not like we’re wholesale changing the offense and defense, the schemes and the way we went about things a year ago just because there’s a new head coach,” Brown said. “I didn’t change a whole lot.”

Despite graduating some top-end talent and changing coaches, Brown said the factors that propelled the Comets to the Class 5A title game in 2019 are still there.

“As far as being in the longest offseason ever known to man, having the amount of players we’ve had out since June has been amazing,” Brown said.

“I think the buy-in from the community of Central Point has been amazing. From the top down, from the superintendent to our freshman kicker, there’s just buy-in through our program right now. Kids believe they can win and want to win and are working like they want to win. You couple that with some kids who can really get after it between the lines, that’s a recipe for success.”

The recipe will be put to the test right away in the coming spring season: Crater opens its abbreviated schedule against the title-holding Thurston Colts. To say the championship-game loss is fresh in the Comets’ minds is the definition of understatement.

“Anytime I think there’s a lack of effort or our kids are losing sight of our goals,” Brown said, “all I have to do is yell out, ‘Four points!’”

Beyond the title-game rematch and a tangle with league rival Ashland, the Comets will see their mettle tested to the max as the regionalization of the spring schedule lines them up to play a host of Class 6A schools.

“Being in Central Point, we have a chip on our shoulder,” Brown said. “Being the little 5A school and having the opportunity to play North Medford and South Medford and Grants Pass, just because they play at a level above us, our kids are really excited to go mix it up with those 6A schools.”

So is Brown, who has been a part of instilling a winning, mentally strong culture within Crater Football for four years now. He thinks the success the Comets have had at their level can carry over even when playing teams from the first division.

“The way we’re going to win football games,” Brown said, “is not because we’re better athletes or have better schemes, but because we care about each other more than the other team does.”

“We always say, ‘There’s no place like Dutch on a Friday night.’ Whether it’s full of our fans or not, we love being at home.” — Berk Brown on the Comets’ home field, Central Point’s Dutch Meyer Stadium