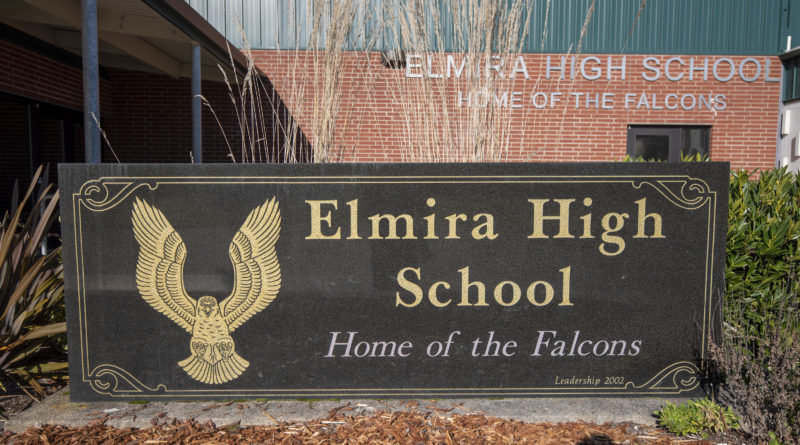 Over the next few weeks, SBLive Oregon will break down every 6A, 5A and 4A football team in the state in anticipation of a six-week season in March and April. Even if the season is postponed or canceled, we will continue to highlight more than a hundred teams and more than a thousand players in Oregon. Here’s our look at the Elmira Falcons of the Class 4A Sky Em League.

Playoffs: Lost 20-10 to Tillamook in play-in round

Entering his senior year as the starting quarterback, Herbert also serves as a hard-hitting defensive end. At 6-foot-5 and 215 pounds, he’s a game-changer on both sides of the ball. “Defensively, he’s that guy that helps us shut down the run and the pass from length and speed,” Peeler said. “Our offense, we’re going to either excel or struggle off of him.” Though he’s struggled with injuries in the past, Peeler said Herbert looks as healthy as the coach has seen him entering camp.

Despite being described by his coach as “170 pounds soaking wet,” Wigham is a formidable middle linebacker. “Completely undersized kid, but he plays way bigger than his size and has done a good job of shutting down the run in the middle,” Peeler said. He’ll also play slot receiver, where Peeler said he’s one of the Falcons’ top pass-catchers.

Forsman’s size (6-foot-1) and athleticism complement his technical abilities, and it all helps to make him a solid primary receiver. “He’s one of those kids who, he’s not a burner, but he’s got that great route running, then he can just jump out of the route — he can just get up there and go get the ball,” Peeler said. Elmira is installing a new offense this season, and Peeler hopes it will help unleash Forsman’s full potential. He’ll also play free safety.

Elmira was able to run an extensive weight-room program during the extended offseason, and Wolgamott was a big beneficiary, packing on 15 pounds of muscle. He’s another player who could shine in the Falcons’ new I-formation offense as a grind-it-out power tailback. “We might even throw him at fullback every once in a while,” Peeler said. He’ll also play linebacker, where his state semifinalist wrestling pedigree will pay dividends.

A hyper-athletic back, Laing was long-jumping more than 20 feet during the spring of his freshman year. Peeler recalled last season’s game against Klamath Union as a graphic demonstration of what Laing is capable of doing on the football field. “I think he had over 200 yards rushing just off of sweeps because no one could catch him,” Peeler said.

The leader of the offensive line, Koffler made a few starts last season and is now the full-time first-string center. His leadership, between the lines and otherwise, is invaluable for the Falcons’ big men. “Beau is one of those kids who’s trying to direct the line, calling out all the things for them, trying to motivate the kids to be at practices and stuff,” Peeler said.

Peeler said Janezcko played middle school football and didn’t take to it before giving the gridiron another shot and enjoying it the second time. It probably helps that he’s now 6-foot-7 and 250 pounds. He’s not just huge — he’s also motivated. “His goal, all offseason, is, ‘I want to be on the varsity,’” Peeler said. “He’s been putting in a lot of time.” The Falcons will try him at offensive tackle.

The Falcons had their ups and downs in 2019, Peeler said.

“I felt like the teams we needed to beat, we did that,” he explained. “The teams that are a little more elite teams, we did not do a very good job of competing.”

That trouble was highlighted in their finale, when they blew a halftime lead against Tillamook in their Class 4A play-in game.

Consistency is something Peeler wants to focus on moving forward.

“We’re a program that’s trying to grow in the right direction,” he said.

They’ll get their chance to take on tough teams — their spring 2020 schedule includes usual league-mate Marist Catholic along with some strong Class 5A programs, such as North Bend. Oh, and their next game will be their first with their new I-formation offense; Elmira will line up more compactly but should still run and pass at about an even rate.

With a roster of talented, motivated athletes, the Falcons are likely to post some victories this season. Peeler, though, is focused more on growth this spring, and he’s looking to the fall as a time to capitalize on it.

“Not only are we trying to coach these kids in COVID times, but we’re trying to teach them a whole new offense,” he said. “For us right now, let’s get what we can and let’s learn, but our goal for fall is not only to have our base, but let’s build onto it since we’ll have a little more time.”

“The last couple years we were more of a spread team. We’re going back to, ‘Let’s get a little more smash-mouth football going on.’” — Justin Peeler